Primecuts – This Week in The Journals 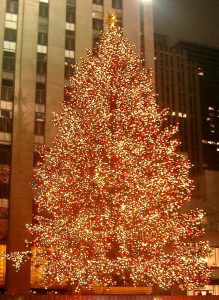 This national evaluation sought to evaluate the impact of new techniques for elective abdominal aortic aneurysm (AAA) repair on long-term patients’ life expectancy. The last few years have seen advancements in AAA treatment and management, including the growing use of endovascular aneurysm repair (EVAR) and cardiovascular disease risk management (CVDRM) programs [2, 3]. This study aimed to determine whether these new strategies have improved overall long-term mortality in AAA patients relative to prior standard-of-care therapy.

The authors performed a retrospective analysis of 12,907 patients who underwent infrarenal AAA repair between 2001 to 2015 at one hospital identified in the Swedish National Patient Registry (NPR). Three time periods for analysis were defined as such: period 1 from 2001-2004 representing the dominance of open repair (OR) techniques, period 2 from 2005-2011 reflecting a transition period from OR to EVAR, and period 3 from 2012-2015 dominated by the EVAR-first strategy. Inclusion criteria included elective AAA repair, and patients with ruptured AAA were excluded. The primary outcome was relative, long-term survival, and data was cross-matched with the Cause of Death Registry.

Despite new techniques in elective AAA repair, long-term prognosis remains poor, especially in female patients. There were several limitations to the study, including its retrospective nature, the use of a registry database that limited available data (such as specifics on cause of death and data on how patients were initially screened for/diagnosed with AAA), low autopsy rates that could have introduced bias and misclassification into the database, risk of reporting bias, and lack of data allowing comparison to patients with AAA who did not get surgery.

Although AAA repair can improve short-term outcomes, long-term cardiovascular mortality remains significantly elevated for this group of patients. There was no significant change in long-term mortality between earlier time periods, during which open surgeries were the primary treatment, and later time periods, dominated by newer techniques and strategies, which suggests that potentially underlying patient comorbidities may play a more significant role in long-term survival. Further investigation of cardiovascular comorbidities and their relationship to AAA mortality are required for future studies and clinical prognostication.

This randomized, double-blind, double-dummy study aimed to determine whether alcoholic hepatitis (AH) prognosis and treatment response could be extrapolated from serum levels of the cytoplasmic protein keratin-18 (K18). The prognosis for patients with severe alcoholic hepatitis (AH) is poor, and up to 40% of patients die within 6 months of presentation [5]. While a wide variety of scoring systems and algorithms are used to predict outcomes [6, 7, 8], few histopathological findings correlate well with these measures, and definitive diagnosis of AH requires a relatively more invasive liver biopsy. K18 has been used as a marker of hepatocellular injury [9, 10], and may have utility in prognosticating AH.

This study included 824 patients with severe AH from the 2013 Steroids or pentoxifylline for alcoholic hepatitis (STOPAH) trial [11], and measured pretreatment serum levels of both M65 antibody-detected K18 (reflective of total hepatocellular death) and M30 antibody-detected K18 (reflective of protein cleavage during apoptosis) via enzyme-linked immunosorbent assay (ELISA). Patients were randomized to treatment with 28 days of either prednisolone or pentoxifylline using a double-blind, double-dummy factorial 2 x 2 design. The primary outcome was 90-day mortality.

This trial demonstrated that serum levels of K18 can aid in prognostication and assessment of response to steroid therapy in severe AH patients. There were several limitations to this study, which included the inability to extrapolate results to the general population through use of a trial population, exclusion of patients with severe organ failure, and need for both further validation and improved calibration of the analytic models used.

In summary, serum measurements of K18 can have significant clinical benefit in determining both prognosis and response to prednisolone therapy for severe AH patients. This may one day help AH patients avoid altogether a potentially painful and invasive biopsy procedure, as well as assist in proper triage to appropriate therapies.

This randomized, double-blind, double-dummy study was a phase 2 clinical trial investigating a new, once-weekly diabetic therapy called insulin icodec. As a phase 2 trial, the authors specifically aimed to investigate both the safety and efficacy of icodec in type 2 diabetic patients.  Type 2 diabetics often experience long delays in initiation of necessary insulin therapy, and have expressed preference for reducing the frequency of injections [14, 15, 16]. Insulin icodec is a new insulin analogue that can be administered once weekly and could have implications in improving treatment flexibility for insulin-dependent diabetics.

Investigators recruited 247 patients for the trial who satisfied the following inclusion criteria: age 18-75 years, recent diagnosis of type 2 diabetes within the last 180 days, hemoglobin A1c level of 7.0%-9.5%, no previous history of long-term insulin treatment, and current treatment with daily metformin. They were randomly assigned in a 1:1 ratio to treatment with either once-weekly subcutaneous icodec (n=125) or once-daily subcutaneous glargine (n=122), and followed for a total of 26 weeks. The primary endpoint was change in the A1c level from the baseline level obtained at the start of the study to the level at week 26 of the trial.

Patients in the icodec group experienced an A1c decrease from 8.09±0.70% at baseline to an estimated mean of 6.69% at week 26, compared to a decrease from 7.96±0.65% to 6.87% in the glargine group. This resulted in a statistically significant mean treatment difference of -0.18 percentage points between the icodec group vs. the glargine group (95% CI -0.38-0.02, p=0.08). Patients treated with icodec also achieved both lower A1c levels and lower mean blood glucose levels by the end of the treatment period than those in the glargine group. The adverse event rate between the two treatment groups were similar: 52% for icodec vs. 50.8% for glargine; adverse events included injection site reactions, hypersensitivity events, and/or hypoglycemia <70 mg/dL.

This study was able to demonstrate that adequate glycemic control can be achieved with once-weekly injections with the insulin analogue icodec compared to standard once-daily glargine, with an overall favorable side-effect profile. Limitations acknowledged by the authors include inadequate power and inability to tailor insulin adjustments for each treatment.

In conclusion, once-weekly insulin therapy could soon be a viable option for type 2 diabetic patients. Significant benefits include reduction in the frequency of injections, greater flexibility, and improved glycemic control compared to the current standard-of-care with daily basal insulin therapy.  We look forward to the potential of phase 3 trials in the near future.

Hypertension is a significant risk factor for cardiovascular disease, which is the leading contributor to maternal mortality in the United States [18]. This national, serial, cross-sectional ecological study collected data from the Centers for Disease Control (CDC) Natality Database to calculate the rates of pre-pregnancy maternal hypertension from 47,949,381 live births to women ages 15-44 years between 2007 to 2018. Analysis of the data found that the overall prevalence of pre-pregnancy hypertension has nearly doubled throughout the study period, from 10.9 to 20.5 per 1,000 live births. Women in rural areas had nearly a 20% higher prevalence of hypertension than their urban counterparts, and this difference persisted over time with relative risks (RR) consistently >1 for each year of the study period. Rates of pre-pregnancy maternal hypertension continues to be a significant health issue and has only been increasing over the last few years, with a continued discrepancy between mothers in rural and urban areas.

Efficacy and safety of lowering LDL cholesterol in older patients: a systematic review and meta-analysis of randomized controlled trials [19]

The benefit of LDL cholesterol lowering in patients >75 years of age is not well understood due to lack of representation of this age group in clinical trials [20, 21]. This systemic review and meta-analysis sought to determine whether there is strong evidence to support use of cholesterol-lowering medication in older patients for improving cardiovascular outcomes. The authors searched MEDLINE and Embase databases for related research published between March 1, 2015 and August 14, 2020, and analyzed data from 244,090 patients from 29 selected trials. After analysis, the authors found that for each 18 mg/dL reduction in LDL cholesterol, there was an associated statistically significant 26% decreased risk of any major vascular events in patients >75 years (RR 0.74, 95% CI 0.61-0.89, p=0.0019). Major events were defined as cardiovascular death, acute myocardial infarction (MI)/acute coronary syndrome (ACS), stroke, and coronary revascularization. There was no significant difference in risk reduction in those age >75 compared to those who were younger (RR 0.85, 95% CI 0.78-0.92, p=0.37). Regarding individual outcomes, lipid-lowering therapies in older patients reduced cardiovascular death by 15% (RR 0.85, 95% CI 0.74-0.98), MI by 20% (RR 0.80, 95% CI 0.71-0.90), stroke by 27% (RR 0.73, 95% 0.61-0.87), and coronary revascularization by 20% (RR 0.80, 95% CI 0.66-0.96) per 18 mg/dL of LDL reduction. Lipid-lowering therapy is therefore crucial in reducing cardiovascular morbidity and mortality, regardless of age.

Safety and efficacy of prednisone versus placebo in short-term prevention of episodic cluster headache: a multicentre, double-blind, randomized controlled trial [22]

Cluster headaches, historically referred to as the “suicide headache,” are part of a painful, debilitating condition that significantly affects quality of life [23]. Management has traditionally included calcium-channel blockade (CCB) or steroid therapy for preventative treatment, and triptans for abortive therapy [24, 25]. This randomized, double-blind, placebo-controlled trial sought to determine the efficacy of combined steroid and CCB therapy as a preventative treatment for cluster headaches. The investigators enrolled 118 patients from 10 headache centers in Germany. Patients were 18-65 years of age with episodic cluster headaches who were actively within a current pain episode. They were then randomized to treatment with either prednisone (n=53) or placebo (n=56). Regardless of randomization, all patients received prophylactic verapamil starting at 40mg three times daily that was up-titrated to 120mg three times daily. Prednisone patients were started on 100mg for 5 days, followed by tapering of 20mg every 3 days. The primary outcome was defined as mean number of attacks (unilateral headache of at least 5 on a numerical pain rating scale) within the first week of treatment compared to placebo. The study was terminated early due to slow recruitment and lack of funding. Patients in the prednisone group were found to have a significantly lower mean number of attacks (7.1, SD 6.5) compared to the placebo group (9.5, SD 6.0) (difference -2.4 attacks, 95% CI -4.8 to -0.03, p=0.002). This trial demonstrated that prednisone, in combination with verapamil, is an effective therapy for the prevention of cluster headaches when compared to verapamil alone.