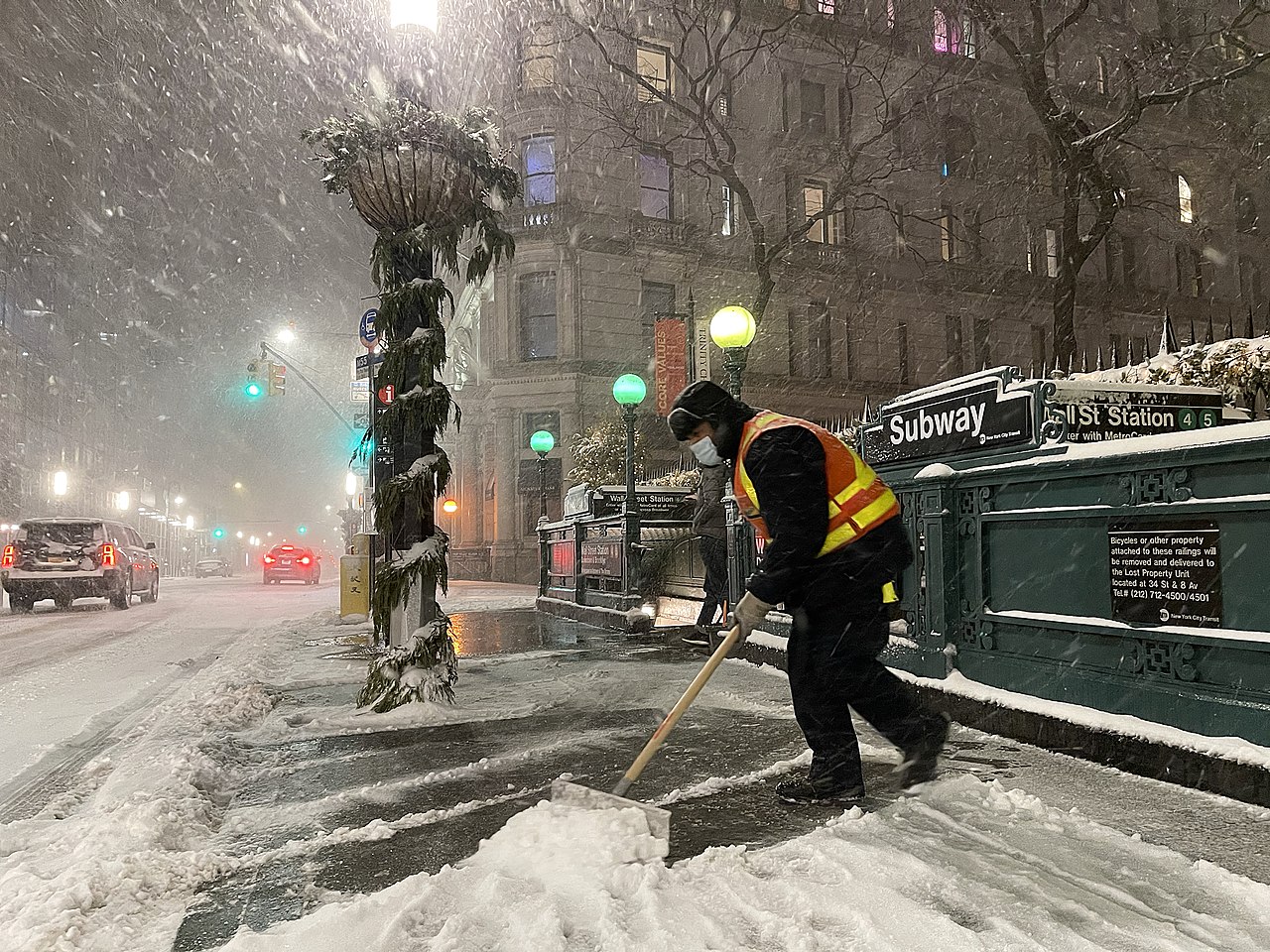 Introduction: With medicine advancing at such a rapid pace, it is crucial for physicians to keep up with the medical literature. This can quickly become an overwhelming endeavor given the sheer quantity and breadth of literature released on a daily basis. Primecuts helps you stay current by taking a shallow dive into recently released articles that should be on your radar. Our goal is for you to slow down and take a few small sips from the medical literature firehose.

Patients admitted to the ICU for Acute Hypoxemic Respiratory Failure typically receive a high fraction of inspired oxygen (FiO2), resulting in a high partial pressure of blood oxygen (PaO2). This practice, however, is not without potential harm: Multiple clinical trials show a direct correlation between high FiO2 therapy and various complications, including mortality [2,3]. While there are standard of care oxygen targets for patients with Acute Respiratory Distress Syndrome (ARDS) [4], there are no consensus guidelines for oxygen targets in patients with Acute Hypoxemic Respiratory Failure (AHRF).

The aim of this multicenter, randomized, controlled, non-blinded clinical trial–titled HOT-ICU–was to determine whether lower oxygenation targets would reduce 90-day mortality in ICU patients with AHRF. The trial enrolled 2928 patients between 2017 and 2020 at 35 different ICUs across Denmark, Switzerland, Finland, the Netherlands, Norway, the United Kingdom, and Iceland. Patients were randomly assigned in a 1:1 ratio to receive oxygen therapy targeting either a Pao2 of 60 mm Hg (lower-oxygenation group) or a Pao2 of 90 mm Hg (higher-oxygenation group). The primary outcome was death from any cause within 90 days post randomization. The trial concluded that a lower oxygen target resulted in no differences for several key outcomes at 90 days, including mortality (95% confidence interval, 0.94 to 1.11; P=0.64), the percentage of days alive without life support, the percentage of days alive after hospital discharge, and serious adverse events.

These results lend credence to the trend of setting lower oxygen requirements for patients in the ICU. A comprehensive review of this issue, however, must include mention of the LOCO2 trial [5], which compared outcomes of lower versus higher oxygen targets in patients with ARDS. Early in the trial, a “worrisome but not established signal of increased mortality at 90 days” was noted in the arm with lower oxygen requirements, so the trial was prematurely halted.

Ultimately, the LOCO2 trial only enrolled 205 patients, less than a quarter of intended enrollment, which compromises the statistical power of the data. Additionally, the lower oxygen target group had less proning and lower positive-end expiratory pressure levels at baseline compared to the higher oxygen target group, a between-group difference that was not present in the HOT-ICU trial. Considering these limitations of the LOCO2 trial data, and the strength of the HOT-ICU data, the risks of oxygen toxicity still outweigh any potential benefit of more aggressive oxygenation, so striving for lower oxygen targets should be part of the general treatment approach for patients with AHRF.

There has been a dramatic shift in thinking about management of appendicitis over the last decade. Previously, appendicitis was almost always treated with surgery; however, a growing body of evidence now demonstrates the safety and efficacy of non-operative treatment [7]. The APPAC trial [8] demonstrated that patients with acute uncomplicated appendicitis can be treated effectively with antibiotics alone without increased incidence of treatment-associated complications. The APPAC II trial, detailed below, expands on this emerging data by evaluating the optimal antibiotic regimen for patients treated non-operatively for appendicitis.

The aim of this multi-center, randomized, open-label clinical trial was to compare oral antibiotics alone versus intravenous followed by oral antibiotics for treatment of acute uncomplicated appendicitis. A total of 599 patients aged 18 to 60 years from 9 finish hospitals were enrolled in the trial. Patients randomized to receive oral monotherapy received oral moxifloxacin for 7 days. Patients randomized to receive intravenous antibiotics followed by oral antibiotics received intravenous ertapenem for 2 days followed by oral levofloxacin and metronidazole for 5 days. Acute uncomplicated appendicitis was defined as, “having an appendiceal diameter larger than 6 mm with a thickened, contrast-enhanced wall along with peri-appendiceal edema and/or minor fluid collection and the absence of the criteria of complicated acute appendicitis (presence of appendicolith, perforation, abscess, or suspicion of tumor). The primary endpoint was resolution of acute appendicitis, without recurrence and without need for surgical intervention during the 1-year follow up period.

These data effectively show that both intravenous followed by oral antibiotics, and oral antibiotics alone, successfully treated acute uncomplicated appendicitis. While these data technically failed to show non-inferiority of an oral antibiotic regimen alone, the margin was arbitrarily set at 6%, and it is difficult to say that 70.2% versus 73.8% effectiveness is a truly meaningful distinction. That being the case, these data introduce the possibility–and may even suggest the probability–of oral regimens alone being a legitimate treatment option in many cases, when individualized risks and benefits are considered. As suggested by the APPAC II authors, oral regimens could prevent unnecessary hospitalizations during COVID-19, eliminating risks of in-hospital viral transmission and freeing hospital resources at a time of shortage.

Resumption of Cardiac Activity after Withdrawal of Life-Sustaining Measures [9] https://www.nejm.org/doi/10.1056/NEJMoa2022713

This prospective, observational study evaluated the timing and incidence of cardiac electrical and pulsatile activity in subjects who were determined dead after planned withdrawal of life-sustaining measures. 1999 patients were screened and ultimately 631 subjects from 20 Intensive Care Units across 3 countries were included in this study. Patients with a functioning pacemaker and those determined dead by neurologic criteria were excluded. Clinicians in the ICU determined death by their usual practices [13], and they prospectively reported resumption of cardiac or circulatory activity using ECG, arterial pressure catheter monitoring, palpated arterial pulse, physical movements, or breathing. The authors of the study independently determined resumption of cardiac activity using retrospective review of ECG and arterial pressure catheter waveforms. In the retrospective portion of the study, cardiac activity was defined as, “a return of arterial pulse pressure of at least 5 mm Hg corresponding to at least one QRS complex, after a period of pulse pressure of less than 5 mm Hg for at least 60 seconds, as detected by indwelling arterial pressure catheter monitor.”

These data raise the specter of autoresuscitation after determination of death by cardiopulmonary criteria, which introduces legitimate concern about the ethical utility of these criteria in decisions about organ harvesting or even withdrawal of care. These concerns notwithstanding, it is important to recognize that no subject who regained cardiac electrical or pulsatile activity actually survived or returned to a state of consciousness. Categorizing these occurrences as autoresuscitation versus lingering electrical activity after death may therefore be a matter of subjective debate.

Association of Medical Stimulants with Mortality in the US from 2010 to 2017 [15] https://jamanetwork.com/journals/jamainternalmedicine/fullarticle/2775307

This study examined substances listed on death certificates between 2010-2017 to quantify rates of stimulant-associated mortality. During the study period, mortality rose from 2.913 deaths per 100 000 population in 2010 to 9.690 in 2017, which roughly equates to a doubling in mortality every 4 years. Considering the lack of definitive medical treatment for Stimulant use disorder, stimulant-associated death should be cause for increasing public health concern.

The Use of Rifaximin in the Prevention of Overt Hepatic Encephalopathy After Transjugular Intrahepatic Portosystemic Shunt [16] https://www.acpjournals.org/doi/10.7326/M20-0202

This study evaluated the safety and efficacy of cryoballoon ablation as first-line therapy for paroxysmal, symptomatic atrial fibrillation in patients who had not previously received antiarrhythmic therapy. The percentage of patients with treatment success at 12 months was 74.6% (95% confidence interval [CI], 65.0 to 82.0) in the ablation group and 45.0% (95% CI, 34.6 to 54.7) in the standard of care, anti-arrhythmic drug-therapy group (P<0.001 by log-rank test). These results suggest that cryoablation may be superior to antiarrhythmic drug therapy in the treatment of paroxysmal, symptomatic atrial fibrillation.