Should patients on DAPT after ACS receive prophylactic PPIs? 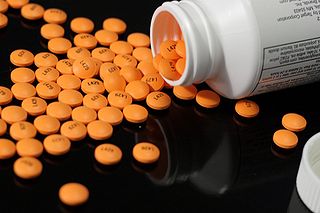 Dual antiplatelet therapy (DAPT) has become the standard of care for patients after acute coronary syndrome (ACS) [1]. It is important, however, to consider the risk of gastrointestinal (GI) bleeding with DAPT and whether proton pump inhibitors (PPIs) should be prophylactically prescribed to prevent these events. This article will explore the clinical evidence, rationale, and guidelines for using PPI prophylaxis in ACS patients on DAPT to prevent GI bleeding.

However, both components of DAPT contribute to the risk of GI bleeding, which is associated with patient mortality. Aspirin directly damages gastric mucosa and also inhibits production of prostaglandin, which normally exerts a protective effect by suppressing gastric acid secretion, increasing secretion of mucus and bicarbonate, and increasing mucosal blood flow; inhibition of these processes can result in ulceration and bleeding [6]. Platelet activation and aggregation are further inhibited by aspirin and P2Y12 inhibitors, which prevent resolution of bleeding events [3,7,8]. In the United States general population, the incidence of upper GI bleeding is 0.061% and for lower GI bleeding is 0.032% [9]. However, among patients on DAPT after recent PCI, the incidence of GI bleeding is 2.7%, and those patients with GI bleeds have significantly higher mortality at 30 days (3.7% vs 0%, p<0.01) and at 1 year (18.9% vs 0%, p<0.001) compared to those without the event [10]. Additional risk factors for GI bleeding applicable to this patient population include age over 75 years, prior GI bleeding, H. pylori infection, and concurrent use of nonsteroidal anti-inflammatory drugs (NSAIDs), anticoagulants, or steroids [3,10,11].

Studies suggest that the risk of GI bleeding for patients on DAPT can be reduced by the use of PPIs. The Clopidogrel and Optimization of Gastrointestinal Events (COGENT) trial found that patients on aspirin and clopidogrel randomized to receiving omeprazole, compared to those receiving placebo, had significantly fewer GI events (bleeding, ulceration, erosion, obstruction, or perforation) after 180 days (HR 0.34, 95% CI 0.18 to 0.63) [13]. Similar findings have been confirmed over longer follow up and in settings where other P2Y12 inhibitors and PPIs were used. For example, a retrospective cohort study based on Danish nationwide registries found that for patients on DAPT after MI, PPI prophylaxis, compared to no therapy, was associated with a significant reduction in upper GI bleeding (RR 0.62, 95% CI 0.48 to 0.77) after 1 year of follow up [14]. While both PPIs and H2 receptor antagonists (H2RAs) suppress gastric acid secretion, PPIs have been proven to be the more effective of the two in reducing GI bleeding. A meta-analysis found that patients on DAPT with prophylactic PPI, compared to those with prophylactic H2RA, had significantly less GI bleeding and ulceration (OR 0.28, 95% CI 0.17 to 0.48) [15].

While PPIs are effective at reducing risk of GI bleeding for patients on DAPT, there is concern that PPIs also reduce the therapeutic effects of DAPT. Clinical studies so far have shown mixed results, and this link does not appear to have been established by randomized controlled trials (RCTs). Both components of DAPT may be affected by PPIs. An observational study based on Danish national registries found that patients after MI on aspirin and PPI, compared those on aspirin alone, had significantly more events of recurrent MI, stroke, or cardiovascular death (HR 1.46, 95% CI 1.33 to 1.61). A proposed mechanism for how PPIs interfere with aspirin is that aspirin absorption becomes reduced in the less acidic environment induced by PPIs [16,17].

Meanwhile, PPIs likely interfere with clopidogrel and prasugrel through a different mechanism. Both clopidogrel and prasugrel require the enzyme CYP2C19 for conversion into its active metabolites; PPIs are also metabolized by CYP2C19 and can exert competitive inhibition on other drugs requiring the enzyme. Ticagrelor’s metabolism does not involve CYP2C19, so it is not affected by PPIs [3].

Multiple studies have been performed to determine if PPI use in patients on DAPT is associated with ischemic events or mortality. However, results have been mixed depending on the type of study performed, as seen through the results of two meta-analyses. Observational studies generally showed that PPIs significantly increased all-cause and cardiovascular mortality, MI, and stroke while RCTs did not [18,19]. This discrepancy may be explained by selection bias. Although observational studies often attempt to reduce it by adjusting for baseline patient characteristics, unmeasured baseline differences may continue to have effects on the outcome [8,17].