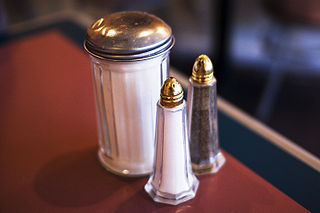 By Tyler B. Fugere, MD

The incidence of locally advanced esophageal or gastroesophageal adenocarcinoma is rising, with a 70-75% recurrence rate after resection and neoadjuvant therapy. Though squamous cell carcinoma remains the most prevalent type, neither squamous cell nor adenocarcinoma have high survival rates, as post-resection therapy remains largely ineffective. The authors of this study evaluated nivolumab and its effect on median survival after resection.

Patients were included if they were at least 18 years of age and were status post resection of esophageal or gastroesophageal cancer with neoadjuvant chemoradiotherapy. The participants also were required to be stage II or III with histologic confirmation of adenocarcinoma or squamous cell carcinoma, and be disease-free with at least 1 mm margins after resection. 1085 patients were eligible, with 794 participants studied in this double-blind, placebo-controlled phase 3 trial, receiving treatment every 2 weeks for 16 weeks, then monthly for one year. Characteristics of the nivolumab and placebo groups were similar, including cancer type, despite 2:1 randomization into the nivolumab group.

Based on these results, nivolumab showed efficacy as an adjuvant therapy for prolonged disease-free survival. Though this trial has limited data for comparison with perioperative chemotherapy, future studies can assess its efficacy compared to this therapy. The inclusion criteria also limits its generalizability, as clean margins after resection of stage II or III cancer were required for the study. Though disease-free survival increased on average by 11 months in this target group, patients with stage IV cancer or tumor with incomplete resection would likely have vastly different results.

Sodium and its effects on blood pressure have been studied since the 1980s, with reductions in both systolic and diastolic blood pressure following decreases in sodium intake. Previous studies, however, have not evaluated the dose-response curve or addressed heterogeneity among studies. In this paper, the authors conducted a meta-analysis using a newly available one-stage mixed-effects framework to assess the level of association.

A literature search identified randomized clinical trials of sodium and blood pressure first by title and abstract, then by text evaluation by two authors. Participants with or without primary hypertension with sodium exposure levels were included, though secondary hypertension was excluded. Outcomes of systolic (SBP) or diastolic blood pressure (DBP), along with 24-hour urinary sodium excretion, were assessed with trials of at least 4 weeks duration. Out of 6,744 studies identified, 85 were included in the final meta-analysis.

Overall, this study establishes a linear relationship between sodium intake and both systolic and diastolic blood pressure. Though no relationship was visualized in participants without hypertension and sodium intake <2g/d, the study shows that reduction in sodium in any individual with >2g/d intake or with hypertension would see a linear decrease in blood pressure with reduction in sodium intake. An important limitation to this data is the risk of bias, as documented across each study included. Many were considered intermediate bias and two were high bias due to errors in intervention or lack of blinded participants. Even with its limitations, the study offers valuable information with regards to how we practice. Appropriate dietary screening with review of blood pressure can allow for clinicians to counsel patients on the effects of sodium that we see here.

In October 2015, the Centers for Medicare and Medicaid Services (CMS) released the Severe Sepsis and Septic Shock Early Management Bundle (SEP-1) meant to promote timely administration of therapy and reduce morbidity and mortality among septic patients. Hospitals report on adherence data surrounding antibiotics, cultures, vasopressors, IV fluids, and lactic acid measurements. Clinicians at University of Pittsburgh Medical Center combined data from January 2013 to December 2017 to assess the efficacy of the SEP-1 changes in a single-center study.

Inclusion criteria involved patients with sepsis over 18 years of age with evidence of end-organ damage within 6 hours of presentation to the emergency department based on SOFA score >2. Exclusions included no infection, antibiotics/lactate/cultures before ED registration, and repeated visits to the ED, resulting in 54,225 unique patients. Time-zero was defined as the moment that appropriate cultures were ordered, and protocol according to SEP-1 was then followed. As a result of the protocol changes, 3-hour lactate measurement increased 23.7% (95% CI, 20.7-26.7%; p<0.001), antibiotic administration increased 4.7% (1.9-7.6%; p=0.001), IV fluid administration increased 3.4% (1.5-5.2%; p<0.001). There was no change in vasopressor administration at 6 hours and no change in mortality (95% CI, -0.9-1.1%; p=0.87).

Though the data showed no effect on mortality, the SEP-1 intervention showed significant increases across the reportable data measures. By standardizing the practice of identifying and treating sepsis early, hospitals can now use this data to identify shortcomings in their management of sepsis and compare their statistics to other hospitals. A major limitation here is that it is a single-center study and is less generalizable to New York State, as the state has its own reporting measures. The lack of effect on mortality is surprising, though the mortality data could be confounded by an already decreasing mortality rate prior to the intervention at this location. Further analysis of data on a nationwide scale could better assess mortality outcomes with the SEP-1 protocol.

Using initial vaccine data from December 14, 2020 to February 28, 2021, a total of 3,958 pregnant participants under the v-safe registry received Covid-19 vaccination, and outcomes related to pregnancy completion, loss, pre-term birth, and gestational size were recorded. When compared to national registry data regarding pregnancy outcomes, there was a similar incidence across all categories compared to pre-pandemic numbers, showing no immediate risks from receiving vaccination. As the vaccine continues to be administered, more longitudinal data will become available for analysis.

This RCT investigated the use of amikacin liposome inhalation suspension (ALIS) in addition to guideline-based therapy (GBT) vs GBT alone for the treatment of refractory MAC lung disease in 336 patients (with 2:1 randomization). At p<0.0001, amikacin was found to have increased culture conversion results (16.1% ALIS+GBT vs 0% GBT), and at p=0.0017 had sustained conversion (55.4% ALIS+GBT vs 0% GBT) with lower relapse rates (9.2% ALIS+GBT vs 30.0% GBT).

Effect of Dapagliflozin on Cardiovascular Outcomes According to Baseline Kidney Function and Albuminuria Status in Patients with Type 2 Diabetes: A Prespecified Secondary Analysis of a Randomized Clinical Trial [6]

Previously, the DECLARE-TIMI 58 trial studied dapagliflozin (a SGLT-2 inhibitor) and its effect on reducing cardiovascular deaths and hospitalizations for heart failure in patients with type 2 diabetes when compared to placebo. Using the results from this study, researchers performed a secondary analysis of major adverse cardiovascular events or composite death or hospitalization for heart failure (HHF) when comparing differences in eGFR (> or < 60) and urinary albumin to creatinine ratio (> or < 30). Absolute risk reduction was seen in CV death plus HHF composite for eGFR <60 and UACR >30 (-8.3; 95% CI, -14.0 to -2.7), HHF for eGFR <60 and UACR>30 (-5.7; 95% CI -10.4 to -0.9), and all-cause mortality with eGFR <60 or UACR>30 (-1.8; 95% CI, -3.3 to -0.2), showing the efficacy of dapagliflozin even in renally impaired individuals.

Dr. Tyler B. Fugere is a first-year resident at NYU Langone Health