Complementary and Integrative Health: Where do U.S. Physicians Stand, and Where Should We? 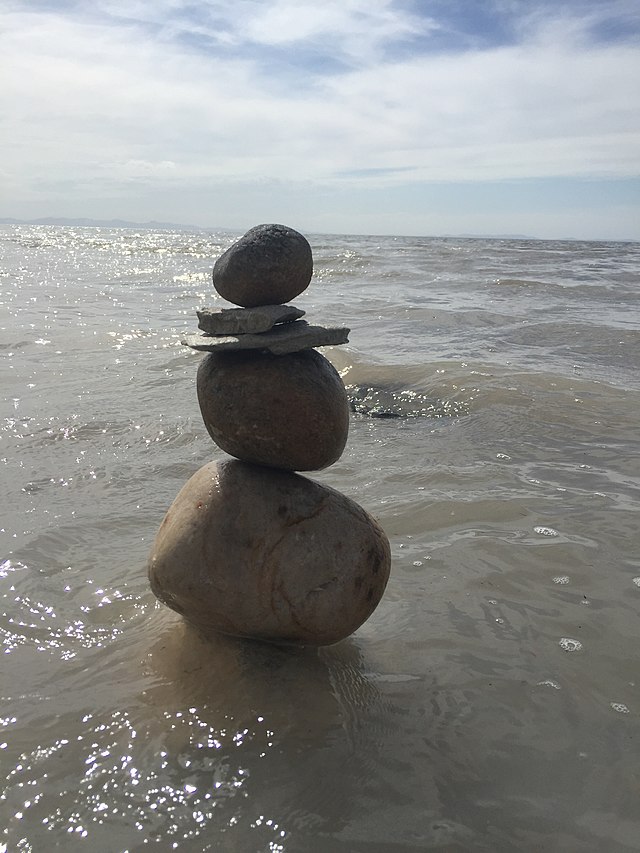 “None of the meds really helped but after only three acupuncture sessions my hip pain is gone, but I still have the shoulder and knee pain, why is that doc?” asked a middle-aged patient with osteoarthritis. I manufactured a pathophysiological explanation in my mind, not to humor him, but rather to distract myself from the fact that I had more questions than answers. “I don’t know, are you going to a reputable and experienced practitioner?” To my surprise, he responded “I get acupuncture from a doctor at the VA.”

Complementary and Integrative Medicine in the U.S.

Over a third of U.S. adults (33-38%) have used complementary and integrative health (CIH) practices, which can be defined as non-mainstream practices (e.g. herbs, meditative practices, manual therapies, eastern medicine) used alongside or in a coordinated manner with conventional western medicine [1]. Rates can be significantly higher in certain patient populations. For example, estimates of the number of cancer patients who have used CIH are as high as 80% [2]. Nevertheless, the majority of aliments that CIH users typically seek relief from are not fatal; back, neck, and joint pain are the most common conditions, followed by arthritis, anxiety, cholesterol management, colds, and headaches [1]. Physicians don’t always have good answers for these common complaints, hence the need to turn to alternative therapies.

Despite CIH’s prevalence amongst our patient population, many surveys of physician experiences and attitudes toward CIH suggest most are uncomfortable discussing such treatments with patients and are unable to integrate them into their care. A survey of 233 physicians at Mayo Clinic questioned respondents regarding their familiarity with and comfort counseling patients on 13 CIH treatments/techniques: acupuncture, chiropractic, massage, homeopathy, herbal medicine, megavitamin, biofeedback, spiritual, aromatherapy, energy healing, magnetic therapy, naturopathy, relaxation therapy. Of the treatments indicated, biofeedback was the one the greatest percent of physicians were comfortable counseling patients on (47%), followed by massage (41%) and chiropractic (38%); the rates are significantly lower for the remaining techniques (as low as 5% for energy healing) [3]. When it came to knowledge and comfort with herbs supplements, St John’s Wort, saw palmetto and garlic were most familiar to the physicians, though only 33%, 32%, and 28% respectively felt comfortable counseling patients on them [3]. For a country of approximately 80 million CIH using adults, these rates of familiarity are disappointing and inadequate.

In the same study, it was found that 76% of physicians had never referred a patient to a CIH practitioner [3]. For comparison, in the UK National Health Service, 49% of general practices offered access to some form of CIH in 2001 [4], which begs the question if within the U.S. medical landscape there is an increased incompatibility between how physicians and their patients approach care [5]. An analysis of the 2012 National Health Interview survey published in JAMA found that an impressive 42.3% of patients using a complementary practice/supplement did not report it to their physicians [6], which raises concern that our patients perceive a disconnect. Of course the fact that physicians do not consistently ask patients about their complementary health practices is a significant contributor. Nonetheless, this could suggest a notable portion of patients perceive that physicians hold negative views toward alternative medicine.

Physician views toward CIH generally fall into 3 broad categories: the enthusiasts, the skeptics and the undecided [7].  In the Mayo Clinic study, 67% of physicians agreed that some CIH therapies hold promise for the treatment of symptoms, conditions and diseases, yet 70% also agreed that the current practice of CIH therapies in the United States represents a threat to the health of the public [3].  Also of note, this cohort rated  “results of randomized controlled trials” and “evidence demonstrating the treatment’s mechanism” as the most important factors for impacting physician attitudes toward complementary health approaches [3]. All together, these findings may suggest that though physicians are hopeful of possible benefit for their patients, there is likely a significant concern regarding the quality of CIH’s evidence base.

Indeed, the available data is sporadic, though positive results do exist, and historically some CIHs have transitioned their way to conventional medicine. For example in Europe, St. John’s Wort is often offered for depression and has been found in randomized controlled trials to have comparable benefit with traditional antidepressants at least in the short-term [8]. Evidence for long-term efficacy is less substantial. With regard to current research, specifically in the field of immunology, there has been increased study of Chinese herb combinations as treatments after a randomized controlled study in China showed an extract of 3 TCM herbs (Ganoderma lucidum/Ling-Zhi, Sophora flavescens Ait/Ku-Shen, Glycyrrhiza uralensis/Gan-Gao) performed similarly to prednisone for moderate-severe allergic asthma [9]. In the literature this combo is referred to as Antiasthma Herbal Medicine Intervention (ASHMI). Investigators at Mount Sinai have initiated clinical trials (including Phase II) further testing the formula for asthma, though the current status of the trials is either unknown or suspended per clinicaltrials.gov database. Moreover, the investigators are in an active Phase I and II trials of a another Chinese Herbal Therapy, FAHF-2, for Crohn’s disease and food allergy respectively. As of 2020, the trial results are still not available, yet anecdotally it appears the investigators of the Mount Sinai study have already offered such approaches to their asthma and allergy patients; in a 2015 magazine article in Allergic Living titled “Dr. Li and Her Chinese Herbal Remedies,” a few patients tell their success stories.

Notwithstanding the above examples of randomized trials, a fair criticism of many studies in CIH research is that they often lack power/size or proper controls. Sometimes such studies are invalidated by more recent well-designed larger trials, and statistical significance may not always translate to clinical relevance.

The Question of Placebo

Most of the positive studies in CIH research are of an obvious nature; without proper controls, many of them simply tend to show that doing something tends to be better than doing nothing. For example: therapeutic massage is better than self-care for chronic neck pain [10], acupuncture was better than usual care alone for depression [11], etc.

In such contexts where a mechanistic understanding is difficult to elucidate, placebo becomes a very likely explanation, though complicated to prove. In this regard, there has been an elegant effort in CIH research with the use of sham acupuncture. In these studies, true acupuncture needles are blunted and/or are placed in locations not therapeutically indicated by traditional Chinese medicine (called “non-points”) when comparing to traditional acupuncture. Across multiple systematic reviews and meta-analyses, no clear and clinically material difference has been found between traditional and sham acupuncture, though both were better than control

[12,13]. Furthermore, in a study on its use in knee osteoarthritis, acupuncturists’ styles had significant effects on pain reduction and satisfaction; the authors suggest “that the analgesic benefits of acupuncture can be partially mediated through placebo effects related to the acupuncturist’s behavior [14] (I wonder how my OA patient would have taken this explanation). Hopefully similar “sham” trials could be further developed for other techniques/therapies, though easier said than done; imagine trying to develop a sham chiropractic technique. Nonetheless, it is reasonable to assume that placebo may be playing a significant role in CIH.

“Placebo” and a Therapeutic Alliance

With this in mind, what role should CIH have in our patient management? Most opinions in the literature put forth some fairly intuitive recommendations: physicians should read up on CIHs, ask direct questions about them, and patients “should be free to choose whatever method of healthcare they want, but stipulate that people must be informed as to the safety and efficacy of whatever method they choose” [15]. For all of these purposes the NIH National Center for Complementary and Integrative Health (NCCIH) website is an excellent starting point.

But as important as those recommendations are, they frankly do little to truly bridge the gap between patients and physicians on the issue. Patients may sense physician discomfort with CIH and indeed physicians often make it out to be an ethical dilemma: patients may forgo effective treatments, waste large amounts of time and money, and risk harm to themselves. There is a philosophical divide as well, as medical education effectively trains physicians to be uncomfortable with any treatment that lacks reliable evidence and a clear mechanistic explanation.

As physicians we should remain hopeful that under the ever-vigilent scrutiny of the scientific method, complementary supplements and techniques with reasonable evidence will emerge. But in the interim, even if a practitioner came to the conclusion that the benefit of our patient’s complementary approach could be chalked up to “placebo,” would it be so wrong to support that patient’s choice?

Before the term CIH, there was CAM, complementary and alternative medicine, alternative suggesting the circumstance when a patient uses a non-mainstream treatment in lieu of a conventional one. It fell out of favor with good reason; the best result for patient care and the patient-doctor relationship emerges from a collaborative approach. Being-open and willing to refer and offer a CIH does not preclude a physician maintaining the principles of doing good and no harm. A physician can still educate the patient fully about safety and lack of efficacy but could take the next step by suggesting that it may nonetheless help him/her (ideally being forthcoming of their honest impression of the evidence base). After all, what is “placebo” really? It is not simply an illusion that a treatment has a benefit but rather the benefit that results from everything around the treatment: the improved patient-doctor relationship, the mutual respect and support, the trust. Physicians should not hesitate to research the reputable CIH providers in their area, and be willing and ready to offer referrals. The patients will trust us more for it, so when our patient may be making a more detrimental decision, perhaps they’ll be more likely to listen.