Why Is There So Much Obesity? 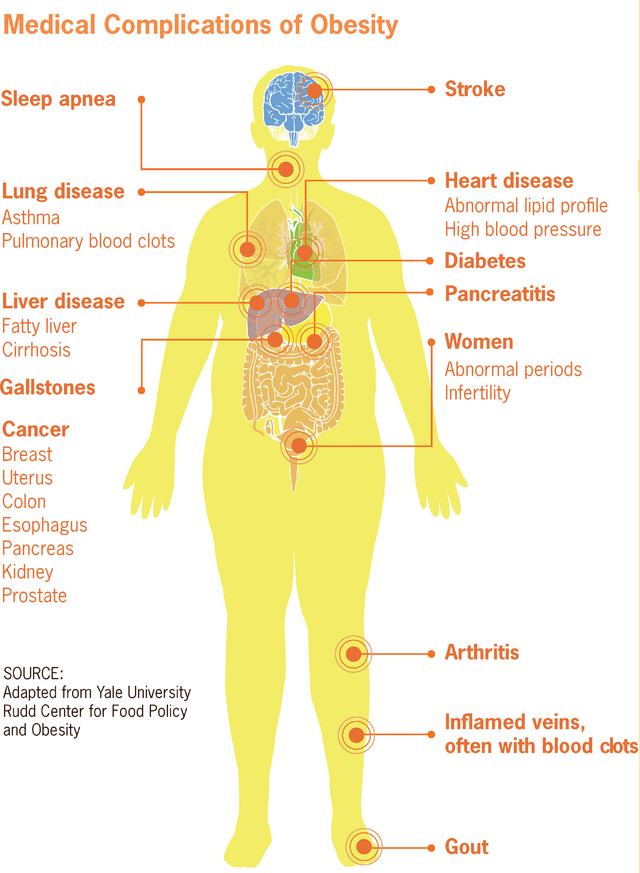 While on my medical school Pediatrics rotation I learned of an important developmental milestone—the “why” phase.  During this time, the inquisitive three-year-old bombards their parents with an infinite array of questions, all in an effort to build clinical-thinking skills and learn more about the unknown world around them.  As I am essentially a toddler of the medical profession, I often find myself asking that same question.

This brings me to a lecture we had on obesity and metabolic syndrome. The lecturer flashed a PowerPoint slide showing maps of the US in sequential order: 1990, 2000, 2010, 2020. The maps showed the rates of obesity in each state—with increasing intensity of red color indicating an increased rate of obesity. As the years went on, the map transformed from a very pale yellow to a fiery mix of orange, and crimson, and maroon. Why? I thought. What changed in our country between 1990 and 2020 that spun us into this obesity epidemic?

This led me to the Centers for Disease Control and Prevention website. There I learned that in 2018 the prevalence of obesity in our nation was 42.4%.1  An additional 30% of the population has a BMI in the overweight range, which adds up to to nearly three-quarters of Americans living above a healthy body weight.2  In 1990 the prevalence of obesity was less than 12%.3

Armed with these startling facts, I jumped down a rabbit hole of hypotheses and data to answer my question. I quickly learned that there are numerous theories regarding the pathogenesis of our nation’s weight gain.

To start, modern humans are the product of hundreds of thousands of years of evolution. Our ancestors lived in a world of caloric scarcity, where finding food of appropriate palatability and nutritional density posed a challenge.  Now, technological advancement has rendered foods omnipresent and physical activity virtually unnecessary. Despite this change in our caloric landscape, our brains are still wired to scavenge for food at all times. Our guts are still designed to store excess glucose in adipose tissue for times of famine.4 This is the basis of the “thrifty gene” hypothesis proposed by James Neel in 1962.  He theorized that obesity genes were advantageous for our ancestors’ survival during times of frequent famine; however, without such survival pressures in the modern era, these once protective genes are now deleterious to human health.5 The thrifty gene hypothesis fails to explain the wide phenotypic variability of adiposity. It is also based upon the assumption that famine mortality is due to starvation, when in reality the majority of famine deaths have been caused by disease.6

An alternate theory called the “drifty gene” hypothesis argues instead that famines exerted effects on fertility rather than survival to cause genetic drift of obesity genes.6 Others have expounded on Neel’s work to include environmental factors that modify the omnipresent obesity gene through epigenetics, in order to resolve the range of weight phenotypes we see.7 This proposes, for example, that poor nutrition in early life produces permanent changes in glucose-insulin metabolism and ultimately obesity. While interesting to consider, none of these theories can explain the rapid increase in obesity from the late 1900s onwards.

Drawing attention to the 1990s, one major breakthrough comes to mind: the home computer. As the digital age launched—with video games and the world-wide-web—Americans became more  sedentary. Specifically, daily occupational-related energy expenditure in the US workplace has decreased by over 100 calories in the last 50 years.8 As industries have become computerized, employees are needed for brainpower, not manpower. Strenuous physical activity is simply not necessary.  Even when looking at the recent explosion of food and grocery delivery services such as Instacart or UberEats, an American can order McDonalds for dinner and ice cream for dessert without leaving their couch.

Also during this time, restaurant visits, portion sizes, and sugar consumption have grown. Twenty years ago the average bagel was three inches in diameter; today the average bagel has doubled in size to six inches in diameter. An NYC bagel—boiled then baked—weighs up to ten ounces, or 800 calories, before cream cheese.9 In 2015, for the first time Americans spent more money per week on restaurants than on groceries.10 This is significant because today’s restaurant-served meals average 134 more calories than home-prepared meals and are quadruple the size of a restaurant’s meal in 1950.11,12 These facts may not sound dramatic in isolation, but the combination of increased intake and decreased expenditure has rendered today’s average American man nearly 20 pounds heavier than in the 1990s.13

When thinking about the obesity epidemic, it is also important to consider other environmental factors that may have an impact. There is a growing body of research on viral causes of metabolic dysfunction in humans. Adenovirus, herpes simplex virus 1, cytomegalovirus (CMV), gut phages, kuru, and hepatitis C virus are among the most studied.14 Particularly, CMV is thought to lead to metabolic syndrome via alterations in fatty acid synthase. The exact mechanism of adenovirus-induced obesity is unknown, but is theorized to be due to activation of peroxisome proliferator-activated receptor-γ (PPARγ) or via increased expression of glucose transporters without the need for insulin signaling.14 While these two examples highlight specific mechanisms by which viruses can contribute to obesity, in general, viruses alter either inflammatory or endocrine pathways in the human body to exert their obesogenic effects.15 There is also some evidence linking prenatal and childhood exposure to environmental toxins to obesity later in life.15 This includes insecticides such as dichlorodiphenyltrichloroethane (DDE), and components of plastics such as bisphenol A (BPA) and di-2-ethylhexyl phthalate (DEHP).15 In a similar manner to viruses, these toxins are believed to disrupt metabolic signaling pathways in the body.

In addition to environmental factors, there are iatrogenic effects at play. Many of the medications we prescribe to patients each day have obesogenic side effects.  Commonly prescribed psychiatric medications, including selective serotonin reuptake inhibitors (SSRIs), lithium, and anti-psychotics, are all associated with weight gain.  The diabetes medications insulin, sulfonylureas, and pioglitazone; corticosteroids; opioids; antihistamines; beta-blockers; and gabapentin are also on the list.16

Perhaps most interestingly, changes in the gut microbiome may be driving the obesity epidemic. Studies have shown that high-income countries like the US have significantly less diversity in the gut microbiota compared to low, lower-middle, and upper-middle income populations.17,18 Observational studies have shown that, by state, antibiotic usage and obesity rates overlap strikingly.19

Decreased gut microbiota diversity in the US may be due to a variety of factors: hygiene, C-section rates, and antibiotic usage.19,20

The hygiene hypothesis posits that exposure to a diverse array of microorganisms in childhood is beneficial in establishing the immune system. With a lack of such exposure, children are prone to allergies, asthma, and other forms of autoimmunity, such as type 1 diabetes and celiac disease.  The hygiene hypothesis has been expanded in connection to the gut microbiome and the metabolic syndrome. The human gut contains about 1000 bacterial species, predominantly anaerobic, with the majority belonging to three phyla: Firmicutes, Actinobacteria, and Bacteroidetes. Obesity has been associated with not only a decreased diversity of this flora but also a decreased concentration of Bacteroidetes and an increased concentration of Firmicutes (Lactobacillus, Bacillus, and Clostridium species).21 This suggests that a human can have a “lean” or “obese” gut microbiota. An obese composition extracts more calories from food and decreases GLP-1 secretion, which leads to weight gain and insulin resistance.21

The increasing incidence of cesarean sections in the US may also provide an explanation for our country’s obesity epidemic. The rate of C-sections has risen from 23% in 1990 to 32% in 2019.22 Babies descending the birth canal are exposed to the rich maternal vaginal and fecal flora. During this critical time in the development of the gut microbiome they acquire the anti-obesogenic Bifidobacteria and Bacteroides species. In contrast, babies delivered via cesarean do not pick up this beneficial flora and instead develop a gut microbiota more similar to maternal skin. For this reason, C-section has been associated with childhood obesity. A large prospective study of over 22,000 individuals found that those born via cesarean section had a 64% higher likelihood of obesity later in life, as compared with their vaginally-born siblings.23

An analysis of the livestock industry provides a similar link between antibiotics and adiposity. Since the 1940s, this industry has used low-dose antibiotics to promote growth in the chickens and cows that are pillars of the American diet.24 This causes one to question whether a lifetime of antibiotic prescriptions for UTIs and pneumonias are making us obese. It also causes one to question whether our diets, containing antibiotic-laden meat, are also a contributing factor.

All in all, we cannot name one specific cause of our nation’s obesity epidemic. The true pathogenesis is likely multifactorial. Maybe the obesity epidemic stems from a series of evolutionary changes accumulated over time. These changes, once beneficial for survival, have now been rendered detrimental in the era of modern technological advancement.  Computers, quick-serve restaurants, antibiotics, toxins, and C-sections are all slowly adding to the number of adipose cells on our waistlines.