Is Cocoa the New Aspirin 81? 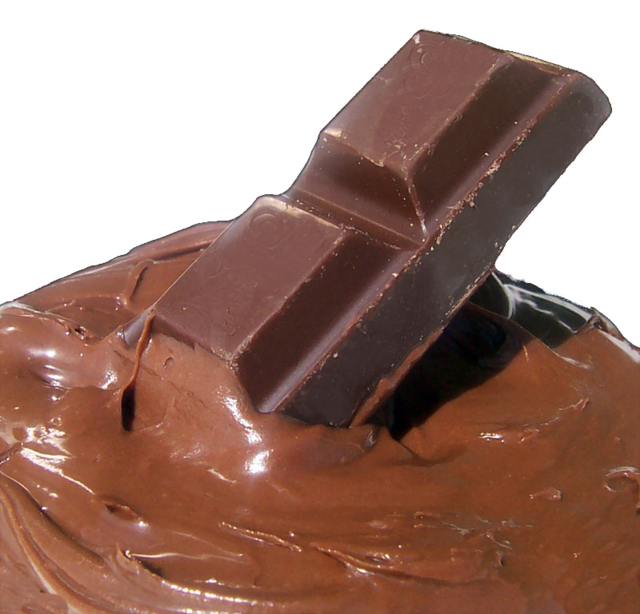 Theobroma, literally “food of gods” in Greek, is an apt description of chocolate. Made from the fermented seeds of the Theobroma cacao tree, chocolate is an immensely popular food, with worldwide consumption estimated at 7.7 million tons in 2019.1 Although chocolate is commonly considered a guilty pleasure, that guilt may be unwarranted, as its consumption could confer cardiovascular benefits. Indeed, since the 18th century, chocolate has been noted to reduce symptoms of angina and improve cardiac function.2 Now in the 21st century, cardiovascular disease (CVD) is the number one cause of death in the United States and the world.3 Could chocolate have a role to play in the prevention of this prevalent disease?

That question may now have an answer thanks to the recent publication of the COcoa Supplement and Multivitamin Outcomes Study (COSMOS), a robust randomized clinical trial pitting a cocoa extract supplement against placebo for primary prevention of cardiovascular disease.4 The results are promising: cocoa extract might significantly decrease the risk of death from CVD compared to placebo. And the timing is quite fortuitous. On April 26, 2022, six weeks after COSMOS was published online ahead of print, the United States Preventive Services Task Force (USPSTF) changed its recommendation regarding the use of low-dose aspirin (81 mg once daily) for primary prevention of cardiovascular disease in light of accumulating evidence that aspirin increases risk of major bleeding. Previously, the recommendation of aspirin use for primary prevention was Grade B for ages 50-59 and Grade C for ages 60-69. Now, aspirin for primary prevention has received a Grade C for ages 40-59 and Grade D for ages greater than 60.5

Grade D indicates that the USPSTF recommends against aspirin use in older patients. This strong stance came largely as a result of the publication of the ASPREE trial in 2018. In healthy adults over 65 years old with no history of cardiovascular disease, those receiving aspirin suffered higher all-cause mortality compared to those receiving placebo (hazard ratio 1.14, 95% confidence interval 1.01-1.29).6 The change in USPSTF recommendations leaves physicians with one less tool for primary prevention of CVD. While healthy lifestyle change is still a near-universal recommendation, getting a 62-year-old to take up moderate exercise is easier said than done. Luckily, COSMOS studied adults over 60 years old without major cardiovascular disease, the very same people who should no longer receive aspirin for primary prevention. But what prompted COSMOS researchers to study cocoa extract in the first place?

Cocoa, the nonfat part of the cocoa bean, is a potent source of flavanols, a category of polyphenols, which are a class of antioxidants also found in foods such as coffee, tea, red wine, olive oil, and tomatoes.7 Significant medical interest in polyphenols began during the study of the “French paradox” in the 1990s. The paradox pertained to the observation that French people had a low incidence of cardiovascular disease and low cardiovascular mortality despite eating a diet high in saturated fat that endowed them with lipid profiles similar to that of Americans.

At the time, researchers posited that the French consumption of red wine was the answer to the paradox.8 Specifically, red wine’s high polyphenol content relative to other alcoholic drinks was thought to confer protection against ischemic heart disease.9 Although later analyses questioned the existence of the French paradox entirely and found no advantage of red wine compared to other alcoholic drinks, the race was on to evaluate the effects of other polyphenol-rich foods on the cardiovascular system.10,11

The investigation into cocoa began with in vitro experiments characterizing the effects of cocoa flavanols on vascular endothelium-dependent relaxation, as previous test-tube experiments had shown a vasodilating effect of red wine polyphenols.12 Remarkably, cocoa extracts were found to activate endothelial nitric oxide synthase (NOS), thereby increasing blood concentrations of nitric oxide, and subsequently inducing blood vessel relaxation.13 This mechanism was then tested in humans. In a blinded study, one group of participants was given a drink made with regular cocoa powder while another group had a cocoa drink made with alkalized, also known as “Dutched,” cocoa powder, which contained 95% fewer flavanols due to the alkalization process. The group given the flavanol-rich cocoa beverage displayed strong peripheral vasodilation induced by NOS, whereas the group drinking the alkalized cocoa exhibited a much weaker vasodilation response.14 This kind of experiment was repeated in multiple randomized controlled trials, wherein cocoa flavanols again improved endothelium-dependent vasodilation, as well as blood pressure and inflammation.15,16,17

So, flavanols in cocoa were likely exerting protective effects on the cardiovascular system, but did these benefits translate into a clinically meaningful difference in cardiovascular disease outcomes? Thus began COSMOS. Randomized, double-blind, and placebo-controlled, the trial was conducted at Brigham and Women’s Hospital and enrolled over 21,000 adults over 60 years old without major cardiovascular disease. Subjects were randomized to receive either two cocoa extract capsules per day containing a total of 500 mg of cocoa flavanols or a placebo. Participants were followed for up to five years, with the primary outcome of total cardiovascular events and fourteen secondary outcomes including major adverse cardiovascular events (heart attack, stroke, and death), analyzed by the intention-to-treat method. These outcomes were registered on clinicaltrials.gov before the start of the study. COSMOS is truly a landmark study, as this kind of rigorous, large-scale, interventional trial is rare in the field of nutrition science.

Of course, these data should be interpreted with some caution. The primary endpoint was negative, after all, and since this trial is the first of its kind, the results are preliminary. There is also the issue of generalizability: 90% of the trial participants were white and 48% had post-college education. Volunteer bias must be taken into account, as subjects were recruited via mass mailing. Thus, cocoa extract is not ready for any primetime recommendation to the general public just yet, and more research is needed. However, COSMOS is a well-designed, ongoing trial with promising results for the use of cocoa extract in primary prevention of death due to CVD.

So, is chocolate the new aspirin 81? The answer is a resounding no. To reach 500 mg of cocoa flavanols, a person would need to consume 1.5 pounds of milk chocolate (3500 calories!) or nearly 0.75 pounds of dark chocolate (600 calories).18 The resultant weight gain would surely negate any cardiovascular benefit from the flavanols. But can cocoa take aspirin’s place? Well, two tablespoons of standard non-alkalized cocoa powder contain over 500 mg of flavanols for a measly 40 calories.18 Thanks to COSMOS, there is good evidence to suggest that daily cocoa intake could truly prevent death from CVD, with more evidence on the way. Of course, one could simply take a cocoa extract supplement, but why pass up the opportunity to use cocoa powder to make everything taste like chocolate? Perhaps one day, cocoa will be known as kardiabroma, food of the heart.