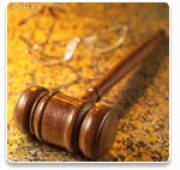 For many physicians, medical malpractice is like paying taxes; inevitable, but incomprehensible.  This is unfortunate, since most physicians offer unique insights into the current debate on malpractice reform.  Hopefully this article will begin to familiarize the reader with the general landscape of current trends in medical malpractice law.

When a physician complains of the current “malpractice crisis,” the complaint is usually about rising premiums.  The concern is generally not only over their high cost, but their volatility.  Virtually every physician knows a colleague who has seen their premiums increase almost exponentially in a matter of years (or months!) for no discernable reason.  Take, for example, the case of general surgeons in Philadelphia, who saw a more than doubling of their premiums in less than 3 years. [i]

Some may argue that the underlying cost to doctors (and insurers) is needed in order to adequately compensate those injured by physician negligence.  However, there is ample data to suggest that the current malpractice framework does an extremely poor job of compensating the injured, or punishing the negligent.  An ideal system is one under which every person injured by negligence receives compensation, at a level commensurate to either their injury, or the level of negligence.  Furthermore, under this system, every physician who commits negligence faces punishment in the form of lawsuits or increasing malpractice premiums, while those without negligence are not punished in any way.

Reality is far from the ideal.  As noted in the landmark Harvard Practice Study, only a very small percentage of those patients injured by negligence even file a claim. [ii]  Under the current system, the vast majority of legitimately injured patients receive nothing.   In addition, the current system seems to inflict a great deal of collateral damage on innocent physicians.  This same study found that the greatest predictor of payout in a lawsuit was not negligence, but degree of injury.  In fact, there is data to suggest that a significant percentage of lawsuits do not even involve a medical error. [iii] but are actually due to systemic breakdowns in the delivery of care. [iv]This seeming disconnection between negligence and malpractice awards may undermine attempts to deter future physician misconduct.

Then there are the costs of the current system.  Malpractice lawsuits are a very inefficient means of delivering compensation to victims.[v]  [vi]  There is also evidence suggesting that the current malpractice climate decreases the supply of physicians in certain areas.[vii]  Less measurable, but equally real, are the societal costs borne by defensive medicine.  It is notoriously difficult to quantify how much the fear of lawsuits compels doctors to order medically unnecessary work-ups or procedures.  It is clear, however, that lawsuits do affect medical decision-making; a recent survey of physicians in Pennsylvania revealed that over 90% of respondents admitted to ordering unnecessary tests, and 60% of physicians in all specialties except neurosurgery admitted to performing unnecessary invasive diagnostic procedures. [viii]

There is no dearth of proposals on how to modify the current system, all which are classified under the rubric of “Malpractice Reform.”

The most well-known is the plan supported by President Bush, and currently languishing in Congress:  capping award payments.  This proposal would place a limit on the amount a jury could award to an injured patient as non-economic damages (pain, suffering, etc.); it is well known that these awards can sometimes be in the millions.   Note, however, that these caps would not affect compensation for economic damages such as the cost of continuing medical care, lost income, etc.  Pain and suffering is extremely difficult to calculate, particularly in the context of an emotionally charged malpractice trial.    Awards for the same injury can be vastly different across jurisdictions; capping award payments may begin to bring some consistency and a framework within which juries can make these difficult decisions.  Some critics argue that capping awards at some arbitrary level will inevitably result in underpayment of some victims, with minimal impact on malpractice premiums.

Another possible reform focuses not on the inherent ambiguities of quantifying “pain and suffering”, but rather on the difficulties inherent in determining when malpractice has occurred.  Physicians are required to maintain “standard of care” in their treatment of patients, but there are many clinical questions for which standard of care is difficult to determine.  Even medical professionals have difficulties with some of these questions, to say nothing of laypersons or jurors.  The Journal of the American Medical Association recently presented a compelling case study highlighting some of these issues. The author was a medical resident who, after a review of the medical literature and discussion with the patient, decided to not check a PSA as part of an annual physical examination.  This patient was later found to have metastatic prostate cancer, and sued both the resident and his training program, arguing that a PSA should have been routinely drawn on all male patients of his age.  The defendant presented ample expert testimony demonstrating that routine PSA checks are not supported by evidence based medicine, but this testimony was countered by local physicians for the plaintiff who argued that they routinely checked such levels as “standard of care.”  EBM was attacked by the plaintiff as a negligent, cost-cutting measure.  The resident in this case was exonerated, but his residency program was found liable for $1 million. [ix]  Significantly, peer-reviewed articles are not admissible as evidence in a court of law, so providers acting on the basis of recent clinical data may have difficulties in presenting complete defenses.  Perhaps one answer is to incorporate evidence based medicine into the legal definition of “standard of care.  Perhaps evidence-based medicine could serve as an absolute defense in certain cases of questionable negligence.  The threshold question, of course, is whether either jurors (or judges) would have the necessary skills to effectively interpret medical literature, even with expert guidance.

Others suspect that we are approaching this problem from entirely the wrong angle, that by focusing on punishment and reward, we unnecessarily complicate the issue.  They envision a “no-fault” malpractice system that efficiently allocates resources to injured parties, without elaborate and expensive trials to determine standard of care, pain and suffering, etc. [x] Such a model is already being used effectively in Sweden, Finland, Demark, and New Zealand. [xi] The basic framework for such a system is the removal of negligence from award payments.  Rather, patients injured by a medical error would file an administrative claim for compensation, and after review, would receive payment from a preexisting fund (funded either by general revenue, or a surcharge on physicians).  These payments would be pre-set and standardized, so as to provide stability and predictability for both providers, and patients.

One potential reform that may unify some of the advantages of the aforementioned plan is the development of health care courts.  These courts are modeled around other specialty courts such as tax and patent courts, in that its officers are specially designated to decide health care issues.  The essential elements of these courts include specialized administrative judges, neutral medical experts, and a previously determined schedule of non-economic damages.  The potential advantages of this system include greater consistency in malpractice awards, faster compensation to the injured, and lower administrative costs.  One of the leading advocates of these courts is the non-profit organization Common Good, currently coordinating with the Harvard School of Public Health to implement pilot studies on the concept; preliminary results from this experiment are still pending. [xii]