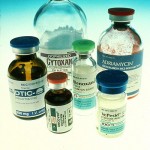 K.M. is a 61-year-old woman with hypertension diagnosed with non-Hodgkin’s lymphoma 1 month ago.  Her only medication is hydrochlorothiazide.  She is about to undergo treatment with R-CHOP (rituximab, cyclophosphamide, doxorubicin, vincristine, and prednisone).  Her oncologist explains that doxorubicin may affect the heart and that she needs to obtain a Multi Gated Acquisition scan (MUGA)before proceeding with her treatment.  Her oncologist recently read a study describing benefits of beta-blockers and ACE inhibitor therapy in patients receiving treatment with anthracyclines such as doxorubicin and questions whether this could apply to this patient.

Chemotherapy-induced cardiomyopathy is becoming more prevalent because of increased numbers of long-term cancer survivors.  Anthracyclines are well-known to cause dose-dependent cardiotoxicity[1].  This class of chemotherapy includes naturally occurring agents derived from Streptomyces bacteria such as doxorubicin and daunorubicin, along with synthetic epirubicin and idarubicin.  Anthracyclines are used in a wide range of both hematologic and solid cancers such as lymphoma, leukemia, and breast cancer.  Anthracyclines work by inhibiting DNA and RNA synthesis, blocking topoisomerase II to prevent DNA and RNA transcription and replication, and creating iron-mediated free radicals that damage DNA.  Free radical damage to cardiac myocytes is also thought to be the primary mechanism for anthracycline-induced cardiomyopathy[2,3].

Both acute, subacute, and late-onset presentations of anthracycline-related cardiac toxicities have been described (Table 1)[6].  Acute toxicity is rare.

Fortunately, there are several ways to prevent anthracycline-induced cardiomyopathy using dosing schedules and delivery systems.  Slowing the rate of drug administration is associated with decreased toxicity.  Continuous infusion over 48 to 96 hours allows higher dosage with lower incidence of cardiac toxicity, secondary to lower peak plasma levels of doxorubicin with continuous infusion.  Lower weekly doses instead of conventional higher 3-week dose schedules also allow higher cumulative doses before the same degree of cardiotoxicity.  Use of liposomes, artificial phospholipid bilayer vehicles for drug delivery to target cells, decreases distribution of volume in healthy tissues such as the heart and increased drug delivery to the tumor.

Iron chelators such as dexrazoxane although controversial, are another measure that may be taken.   Dexrazoxane decreases iron-based free oxygen damage, and has been shown to decrease anthracycline-based cardiomyopathy if given either before the anthracycline is started or if given once the cumulative anthracycline dose reaches > 300 mg/m2.  Data is mixed.  In one phase III study in women with breast cancer, dexrazoxane was associated with decreased response rates to anthracycline chemotherapy than placebo, but other phase III studies with dexrazoxane did not show this result[7]. Dexrazoxane remains an expensive addition to any regimen.  Despite the expense and mixed data, ASCO guidelines state that dexrazoxane can be considered for patients with metastatic disease who have received cumulative doses of doxorubicin > 300mg/m2 and may benefit from continued anthracycline treatment[8].

Several studies have shown that early treatment with ACE inhibitors together with beta blockersafter anthracycline use result in normalization of EF and improved symptoms in patients who have anthracycline-induced cardiomyopathy[10, 11].  A prospective case series by Cardinale et al. in JACC studied the effect of medical therapy with enalapril and carvedilol for 201 patients with decreased EF (< 45%) secondary to anthracyclines. Enalapril and when possible carvedilol were started when left ventricular impairment was detected.  At the end of the study, 42% of patients had complete EF recovery (defined as EF>50%), 13% with partial EF response (EF increase by 10 points but < 50%), and 45% no recovery (EF with <10 point increase and EF<50%).Many patients in the study who responded to medical therapy with enalapril and carvedilol either did not have heart failure symptoms or had a low New York Heart Association functional class.  Interestingly, patients treated 1-4 months after anthracycline administration were significantly more likely to respond to medical therapy with improved EF.  None of the patients treated after 6 months of anthracycline administration had complete recovery of EF.  Thus the authors conclude that early medical treatment of anthracycline-induced cardiomyopathy is associated with more frequent complete EF recovery.

Anthracyclines have excellent anti-tumor activity in many different cancers.  For example, anthracyline-based regimens are standard of care for aggressive non-Hodgkin’s lymphomas.  For patients receiving cardiotoxic chemotherapy, the American College of Cardiology and the American Heart Association recommend echocardiography at baseline and regular reevaluation[12].  There is no consensus on treatment for anthracycline-induced cardiomyopathy, and medical and symptomatic treatment of heart failure is often used.  Once signs of cardiac toxicity are found, anthracyclines are stopped and alternative chemotherapy agents must be used.If able to be tolerated by a patient’s blood pressure, the use of beta blockers and ACE inhibitors at the start of chemotherapy may have cardiac benefit with few negative effects.  Further studies are required to investigate this possibility.

In the above clinical case, K.M.’s EF on the echocardiogram is 60%.  Her oncologist and primary care doctor switch her anti-hypertensive regimen to lisinopril before K.M proceeds with her CHOP chemotherapy.  Although further studies need to be done on the subject, the patient needs anti-hypertensive medication and may have the additional benefit of minimizing anthracycline cardiotoxicity.

As reviewed above, anthracyclines remain an important part of the armamentarium in the treatment of cancer. They have broad activity in many liquid and solid tumors. It has long been recognized that cardiomyopathy is the dose limiting toxicity associated with this class of drugs.  Dexrazoxane hydrochloride or Zinecard remains the only FDA approved drug to be used as a “cardioprotectant” for chemotherapy administration. The mechanism by which Dexrazoxane is cardioprotective is not completely understood. Dexrazoxane is a cyclic derivative of EDTA that is able to penetrate the cell membrane. Studies reveal that dexrazoxane is converted intracellularly to a ring-open chelating agent that can interfere with iron-mediated free radical generation thought to be responsible, at least in part, for anthracycline induced cardiomyopathy.

The ability of dexrazoxane to prevent/reduce the incidence and severity of doxorubicin-induced cardiomyopathy was initially demonstrated in three prospectively randomized placebo-controlled studies. In these trials, patients were treated with a doxorubicin-containing regimen and either dexrazoxane or placebo starting with the first cycle of chemotherapy. Cardiac function was assessed by measuring   LVEFvia MUGAscanand by clinical evaluation. A decline in cardiac function was defined as:

Patients receiving dexrazoxane had significantly smaller mean decreases from baseline in LVEF and decreased incidence of CHF than the control group. This difference in decline from baseline of LVEF reached statistical significance in patients who received ≥400 mg/m2 of doxorubicin. These studies also assessed the effect of the addition ofdexrazoxane on the antitumor efficacy of the chemotherapy regimens. In one study patients with advanced breast cancer receiving FACwith dexrazoxane had a lower response rate (48% vs. 63%; p=0.007) and a shorter time to progression than patients who received FAC alone, but there was no difference in overall survival.

Van Dalen et al (Cochrane Database Syst Rev 1: 2005) published a meta-analysis of six randomized controlled trials in which patients were treated with an anthracycline containing regimen alone or in combination with   dexrazoxane. In total,  there were 10 cases of clinical heart failure among 472 patients randomly assigned to the combination  compared with 59 among 503 patients randomly assigned to anthracycline only (relative risk = 0.18; 95% CI, 0.10 to 0.35; P < .00001). There was a nonsignificant trend toward lower response rates among those receiving an anthracycline plus dexrazoxane (46.1%; 193 of 418 patients) versus those receiving  anthracycline alone (52.8%; 232 of 439 patients; relative risk = 0.88; 95% CI, 0.77 to 1.01; P = .06). There were no differences in progression-free or overall survival between the two groups.

Cancer survivorship is a growing field in oncology and the numbers of survivors are expected to continue to rise.   Many of these individuals will have been exposed to anthracyclines. General internists should be aware of the increasing numbers of asymptomatic cancer survivors at risk for late onset cardiac dysfunction.  A clinical history suggestive of  risk include high cumulative doses of anthracycline treatment, mediastinal radiotherapy, or young age at the time of anthracycline treatment may help identify high-risk subgroups and prompt closer evaluation of ventricular function. More research is definitely needed to define appropriate follow-up and screening of “at risk” patients, determine best treatment for those with established cardiac dysfunction and prevent such damage from occurring during chemotherapy treatment.