The Treatment For Clostridium Difficile? Transplant! 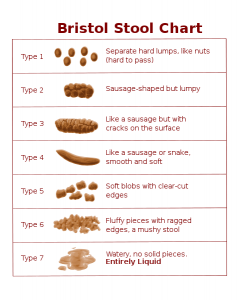 Among all the new medical therapies, this one will probably not be the most elegant or refined that you will read about. But it just may be one of the most unconventional ones you will come across.

From our experiences working on busy hospital wards, we know that Clostridium difficile colitis is an extremely serious infection that is becoming more prevalent due to the development of new hyper-virulent strains (toxinotype III BI/NAP1/027). [1, 2] It has been reported that about 15-30% of patients treated for Clostridium difficile colitis experience recurrent episodes, resulting in an increase in mortality and morbidity, as well as prolonged isolation and additional costs. [2, 3, 4]

Prior treatment guidelines have recommended antimicrobial therapies. This may seem paradoxical, given that this infection is intrinsically antibiotic-related. Other non-pharmacological methods have been proposed and are currently under investigation. Also, studies on vaccines against clostridium toxins have shown promising results. [5] Probiotics, a non-toxin directed therapy, are also being studied for efficacy. [4]

Perhaps the most cutting edge therapy, though, does not involve vaccines or probiotics, but rather a type of transplant. For this transplant, there is absolutely no shortage of donors or organs, and it is safe, inexpensive, and definitely very “low tech.” Furthermore, it carries no risks of rejection, has only very limited risk of infection, and it does not require immunosuppressive therapy. Although randomized trials are still underway, preliminary results anticipate a cure rate of about 90%.

But, there is one downside: it is a fecal transplant.

Yes, you read it correctly: fecal. I am referring to stools being transplanted from a healthy donor to a patient with Clostridium difficile colitis that is refractory to conventional medical therapy. Scientists call this procedure fecal bacteriotherapy.

The transplantation of feces for the treatment of antibiotic-associated colitis was first described by Eiseman in 1958. [6] The procedure involves diluting or homogenizing the feces in saline or water. A slight variation to the protocol was adopted by Gustafsson et al. who reported homogenizing the feces in pasteurized cow’s milk. [7] Using a standard household blender, the stool is pureed into a liquid slurry consistency. The stool slurry is then filtered through a standard coffee filter or a gauze barrier to remove particulate matter prior. The finished stool slurry can then be used immediately. [4, 8]

Household blenders, pasteurized cow’s milk and coffee filters? These evoke in my mind more of a Starbucks scenario than a fecal transplant, but I suspect that this is a protective mechanism adopted by my subconscious in an effort to disguise the thought of what is really being described.

If you are wondering what the most common way of instilling the “stool slurry” is, a review study reports that among the patients who underwent fecal bacteriotherapy since 1958, 80% received theirs through an enema or colonoscope and the remainder through a nasogastric or nasoduodenal/jejunal tube. [9] Interestingly, and maybe counter-intuitively, the authors report that (slow) infusion through a nasoduodenal tube seems to be safer and more time-efficient than infusing the transplanted stool through a colonoscope. [4]

Also of import, most of the donors are spouses or close relatives of the recipients. The close relationship of the donor to the patient is not casual, but it is a solution meant to reduce the risk of introducing new pathogens into the recipient’s system. As reported by Aas and Bjornelett, “all mammals have a continuous need to replenish the intestinal tract with bacteria from the outside world to maintain an intact ecosystem. As such, the resident bowel flora is a product of our immediate environment. Thus, the risk of introducing new pathogens is reduced by obtaining donor stool from an individual with whom the patient has had daily contact.” [9, 10]

This idea has a solid scientific basis, namely “colonization resistance.” This is the mechanism whereby the intestinal microflora protects itself by preventing exogenous bacteria from colonizing the intestine. [8, 11, 12]

The extensive use of antibiotics can lead to the disruption of the endogenous intestinal flora. Our gut bacteria are capable of establishing a first line of defense against exogenous bacteria and Clostridium difficile. From this concept originated the idea of fecal bacteriotherapy to restore a “normal microflora” in those patients who had been refractory to standard medical therapy.

The theory behind fecal bacteriotherapy is that the re-colonization of the intestine with “healthy” microbiota will allow the transplanted bacteria to exerts their protective effects and treat gastrointestinal conditions. Studies have shown that the transplanted bacteria remain in the host’s intestines and can result in a durable alteration of the colonic environment. [13] The scientific literature also reports that fecal bacteriotherapy has successfully treated non-infectious conditions, such as ulcerative colitis. [14]

Fecal bacteriotherapy has been used in the veterinarian field with good results. Cud transferred from healthy cows can resolve indigestion cases in “anorexic” cows. Young foals with infectious diarrhea can be cured by ingesting manure from healthy adult horses (transfaunation). [8, 15]

Now, if you were brave enough to read up to this point, here are the results from scientific studies.

The authors reported a cure rate of 94%. The patients had marked resolution of symptoms within 12-24 hours, and their bowel habits returned to their baseline pattern. [9]

In 2009, van Nood et al. published a literature review summarizing the results of 16 studies (2 abstracts, 14 manuscripts) between 1958 and 2008 on fecal bacteriotherapy. [4] In the review, van Nood reported that “of a total of 159 patient with recurrent Clostridium Difficile Infection treated with donor feces, 91% of patients were cured after one or more infusions and clinical improvement was noticed within a few days.” [4]

In 2010, Rohlke et al. published the results of a study in which nineteen patients with recurrent Clostridium Difficile infection were treated by infusing donor stool through a colonoscope. The authors report that al 19 patients “maintained prolonged cured status ranging from 6 months to five years”. [17]

Yoon et al., also in 2010, described the result of stool transplantation administered through a colonoscopy in a case series of 12 patients. The authors report that 100% of patients experienced “immediate and durable clinical response to fecal transplantation”. [18]

Side effects are not mentioned in most of the studies. Only one study mentioned the transient side effects of sore throat secondary to NG tube placement, rectal discomfort secondary to colonoscopy, flatulence, nausea, and bloating. [4, 16]

Closer inspection of the 16 publications analyzed shows marked heterogeneity of the studies. The mean age of the patients varies significantly among the studies, ranging from 11 to 87. Other important differences are the number of infusions and the amount of stool used for each patient. While the majority of studies report a single infusion, some studies report up to 24 infusions. The amount of feces infused is not standardized, ranging from 5 grams up to 300 grams. The route of infusion also differs, with the majority of patients receiving infusion through enemas and the rest through nasogastric tubes. The follow-up time is also very variable between the studies, ranging from one week to five years. Most importantly, not all the authors clearly specify the definition of success and cure.

Despite the impressive results, these studies have serious methodological flaws. At this time, there is still not enough good evidence to fully support the use of bacteriotherapy. The studies currently available are too small, not controlled, and non-randomized, making it difficult for them to provide valid scientific evidence and change clinical practice.

Fecal bacteriotherapy is definitely not an esthetically appealing solution, but it should make us think, as stated by Bakken et al., that “patients who for months or for even years have suffered through repeated episodes of diarrhea have uniformly been receptive to receiving fecal bacteriotherapy and welcomed the opportunity to break the cycle of repeated unsuccessful treatment attempts with conventional therapies”. [8]

I believe that it is fundamental for scientific research to continue to explore new solutions for a disease that is becoming more virulent and more resistant to conventional therapies. Understanding the key microbiological elements involved in colonization resistance could be a starting point for the development of new and meaningful treatment modalities. Fecal transplant may not be the most palatable and refined topic you read about today, but isn’t scientific progress unconventional by definition?

One comment on “The Treatment For Clostridium Difficile? Transplant!”