You Don’t Look Diabetic:Diabetes in Non-Obese South Asians–Is There a Molecular or Genetic Basis for Increased Insulin Resistance? 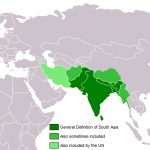 Diabetes is a nationwide epidemic in the United States, affecting 23.6 million people, over 7% of the population.[1] But all diabetics may not be created equal. In the US, Asians are 1.6 times more likely that non-Hispanic whites to have diabetes, even after adjusting for body-mass index (BMI), age, and sex.[2] Asians have high rates of type 2 diabetes and coronary artery disease,[3] and increased risk for metabolic syndrome compared to non-Hispanic whites.[4]  Spend a day at Bellevue, and there is no shortage of South Asians with diabetes without the diabetic “look” of central obesity. As modern clinicians, we increasingly look to molecular and genetic studies to understand disease variation. In the case of impaired fasting glucose and type 2 diabetes in non-obese South Asians, could there be a genetic basis for the increased prevalence of insulin resistance observed in this population?

Increased insulin resistance that is not accounted for entirely by fat distribution or obesity has led investigators to investigate genetic differences. Enter the “thrifty genotype” hypothesis.[9] In a 1962 article James Neel attempted to explain an evolutionary  dilemma: if diabetes is so serious, and there is genetic selection against it, why is it so prevalent? The controversial thrifty gene hypothesis states that, during the hunter-gatherer phase of human history, the ability to store fat by generating hyperinsulinemia during times of plenty was adaptive: “The individual whose pancreatic responses minimized post-prandial glycosuria might have, during a period of starvation, an extra pound of adipose reserve.”[9A] Likewise, peripheral insulin resistance in skeletal muscle was adaptive because it increased the availability of glucose to the brain during times of famine. In the current state of food abundance, however, insulin resistance coupled with decreased physical activity contribute to pathological metabolic handling of glucose, especially in South Asian populations.9 This theory is supported by population studies showing that in India, people living in rural areas have a prevalence of diabetes of approximately 2%, while the prevalence is 8% in urban areas. [6] Furthermore, Indians who migrate to more westernized countries have a prevalence of up to four times higher than people living in India.[6] The theory may explain why diabetes is increasing as South Asian countries become more urbanized and developed,[10] and can similarly explain why there are increased rates of diabetes in South Asians who migrate to Western countries compared to their peers who remain in their native countries.[6] Studies looking at changes in food patterns with migration have also bolstered this theory, suggesting that in successive generations, it is often the foods with higher fat, sugar, sodium and overall calories that are integrated into the diet, along with (instead of in the place of) more traditional foods. [6] Changing dietary habits, with increased sugar, fat and calories, coupled with intrinsic predisposition to insulin resistance may explain the increased incidence, but how is this “extra” insulin resistance created?

While the thrifty genotype hypothesis is conceptually helpful to explain increased insulin resistance, it is weakened by the fact that there has been no specific gene mutation or polymorphism identified that might create such a phenotype. To this end, several studies have attempted to show a primary defect of the adipose tissue in South Asians.[11,12] Specifically, researchers have looked at polymorphisms of ectonucleotide pyrophosphate phosphodiesterase 1 (ENPP1). ENPP1 is a transmembrane glycoprotein thought to be involved in insulin-induced tyrosine phosphorylation. ENPP1 may interact with the insulin receptor on the cell surface, and prevent conformational changes that usually accompany insulin-binding.[13,14] A common variant of the ENPP1 gene, called K121Q, may represent a gain of function mutation, leading to further insulin resistance in people with the mutation.[11,14] Recent work has also shown that K121Q variant may account for most of the ethnic differences between Caucasians and South Asians.[12]

Alternatively, other researchers have been looking to mitochondrial dysfunction and “inefficiency” as a cause of increased insulin resistance.[15] The basis for these studies is the fact that mutations in mitochondrial uncoupling proteins can influence the efficiency of use of energy stores, and have been shown to be associated with differences in BMI between African Americans and people of European descent.[15] This hypothesis has not been formally tested in South Asian populations, however.

The available data are intriguing, but not convincing just yet. Further research is needed to clearly delineate the pathophysiological mechanism of increased insulin resistance above and beyond what is observed in other ethnic groups. The clinical implications of such a finding would be drastic. If such a link can be found, it has the potential to alter the way clinicians evaluate disease risk and treat type II diabetes in South Asian patients. As our understanding of the molecular and genetic basis of disease evolves, medical therapy is likely to shift towards customization and tailored treatments. If poor insulin resistance is genetically determined in the South Asian population, these patients may benefit from diabetes treatment that emphasizes insulin sensitization early on (metformin and thiazolidenediones). Regardless of underlying cause, South Asians remain a vulnerable population, with high levels of diabetes, elevated cardiovascular risk, and high incidence of the metabolic syndrome both in their native countries and here in the US.

2 comments on “You Don’t Look Diabetic:Diabetes in Non-Obese South Asians–Is There a Molecular or Genetic Basis for Increased Insulin Resistance?”