Stemming the Tide: The Promise and Pitfalls of HIV Prevention Research 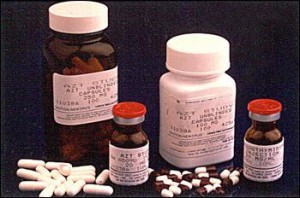 Since the discovery of zidovudine (AZT) in the mid-1980s, advances in antiretroviral (ARV) therapy for patients with chronic human immunodeficiency virus (HIV) infection have, until recently, outpaced concomitant improvements in methods for HIV prevention. Over the past few years, HIV prevention research has been building an impressive head of steam. While a completely effective vaccine for HIV prevention has continued to prove elusive, results of a modestly successful (~30% protective) vaccine trial based in Thailand were announced in 2009,[1] and a naturally occurring antibody that attaches to a well-conserved CD4 binding site of HIV and is capable of neutralizing most strains of HIV-1 was discovered in 2010.[2,3]  Additional advances have recently been announced after large multi-site, international trials.  These include the protective effects of a vaginal tenofovir microbicidal gel in women [4], male circumcision [5,6], and daily pre-exposure prophylaxis with tenofovir and emtricitabine (Truvada; Gilead Sciences, Foster City, California) in HIV–negative men who have sex with men.[7]  In June it was announced that early initiation of ARVs by HIV-infected individuals protects their HIV-negative sexual partners from acquiring the infection, with an astonishing 96% reduction in the risk of transmission.[8]

The burgeoning area of HIV prevention research hit a temporary stumbling block in April with the closure of the FEM-PrEP trial.  FEM-PrEP randomized 1951 HIV-negative at-risk women aged 18 to 35 to Truvada or placebo at sites in Bondo, Kenya; Bloemfontein and Pretoria, South Africa; and Arusha, Tanzania.  After a scheduled review of interim data, Family Health International announced that they would be unable to demonstrate the effectiveness of Truvada in preventing HIV infection in the study population, even if the study were continued.[9]

The  possible reasons for the disappointing preliminary study findings include low adherence to the study regimen, differential risk behaviors between the two trial arms, and biological differences between topically and systemically administered ARVs.[10,11,12]  Another important possibility is that HIV prevention strategies may show differing levels of effectiveness due to differences in the cultures and communities in which they are studied. In other words, the impact of antiretrovirals as an HIV prevention technique may depend more on context than biological differences between study populations.

The cultural acceptability of any prevention strategy must be examined closely. If study participants are uncomfortable or unwilling to adhere to a given intervention for cultural, religious, or practical reasons, the intervention will fail, regardless of its biological effectiveness. By capturing data about why individuals do or do not adhere to a given prevention strategy, we can better understand and eventually overcome psychosocial, economic, and physical barriers to effective prevention in at-risk communities.

Prevention is not a one-size-fits-all proposition, and the success of HIV prevention  depends on interventions that are thoughtfully tailored to a particular population at a particular time.  In a 2010 New England Journal of Medicine piece titled “AIDS in America–Forgotten but Not Gone,” El-Sadr and colleagues wrote about this idea: “Focused studies of the sociocultural dynamics that facilitate [HIV] transmission are needed, as well as large studies assessing the effectiveness of multidimensional interventions, including behavioral, biomedical, and structural components. Disenfranchised communities must be engaged as partners in such efforts, along with new researchers drawn from the affected populations, if the nuances of local epidemics are to be addressed.”[13]

Dr. El-Sadr’s ambitious goals need to be realized in order to stem the tide of a global HIV/AIDS pandemic that is still growing—and growing most quickly in communities with the fewest resources, both in sub-Saharan Africa and in the US.