To Premed or Not to Premed: Are Tylenol and Benadryl Really Necessary Prior to All Transfusions? 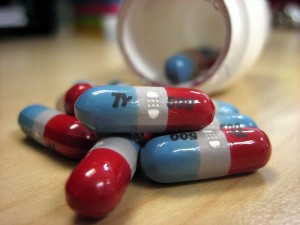 Case: Mr. T is a 32-year-old male being treated by the oncology service for Acute Myelogenous Leukemia. You are the night float intern covering overnight when you are called by the nurse to inform you that his CMV negative platelets have finally arrived from the blood bank. The nurse notices that the day team has not ordered Benadryl or Tylenol to be given prior to the transfusion, and asks if you could place the order. As you start to enter the premedications, you stop and ask yourself whether this is really necessary. After all, Mr. T is an avid Yankee fan and would rather not miss the big game when the Benadryl knocks him out. You call the nurses station and request that the premedications be held. Is Mr. T now at increased risk for a transfusion reaction?

Premedication with diphenhydramine and acetaminophen for blood product transfusion is a common and accepted practice throughout US hospitals, with over 50% of blood product transfusions given with these premedications (1). In most cases, we give these medications to patients without a history of a transfusion reaction. In 2001, approximately 14 million units of packed red blood cells (PRBCs) and 1.5 million units of platelets were given in the US (2). Common reactions to these blood products are febrile non-hemolytic transfusion reaction (FNHTR) and allergic reactions. FNHTR is the most common adverse reaction to blood products and is defined as a rise in temperature by >1 degree Celsius above baseline with associated chills and/or rigors (3). The cause for these reactions are likely multifactorial and may result from the release of cytokines in cellular components or recipient antibodies directed against donor leucocytes or HLA antigens.

Allergic reactions are defined by urticaria, pruritus and/or pulmonary symptoms and hypotension. Many of these allergic reactions are characterized as type 1 hypersensitivity and are mediated by IgE and mast cell activation, although evidence exists that many allergic reactions are mediated by IgG interaction with plasma proteins such as complement and IgA (4). Acetaminophen and diphenhydramine are administered in the majority of blood transfusions in the US as a prophylaxis against fever generation via cyclooxygenase induced mechanisms following cytokine release, and histamine-mediated mechanisms from mast cell degranulation. The logic is straightforward, but does it work and is the cost worth it?

A review of the literature by Geiger and Howard (2) found a huge variability in the incidence of FNHTR with a rate of reaction to platelets ranging from 0.09% to 27%, with a similar rate observed for allergic reactions. The differences are hypothesized to be multifactorial with factors such as premedication use, storage technique and reporting rates contributing to the large variability.

To date, there are two prospective, randomized, controlled trials that examine the effectiveness of acetaminophen and diphenhydramine in preventing FNHTR and allergic reactions. Wang et al. (2002) was the first randomized trial to look at the effectiveness of premedication on reactions to platelet transfusion in patients with hematologic malignancy (5). 55 patients were enrolled for a total of 122 leukoreduced, single donor platelet transfusions. The treatment arm received 650 mg Tylenol PO and 25mg Benadryl IV. Patients with a history of hemolytic reactions as well as those with fever within 24 hours of transfusion were excluded; all administered platelets were the same age. The overall rate of non-hemolytic transfusion reactions (NHTR) were similar in the treatment and placebo groups with NHTR occurring in 15.4% of treatment transfusions and 15.2% of placebo transfusions. Patients with a history of NHTR were more likely to experience a transfusion reaction (25.9% vs. 11.3%) but were not protected by the administration of premedications. The results of this small, randomized study suggest that premedication is ineffective in preventing the non-hemolytic transfusion reaction.

Kennedy et al. (2008) published the second randomized trial that failed to demonstrate the effectiveness of premedication on preventing NHTR (6). In this study, a total of 4199 transfusions (both platelets and PRBCs) were administered with 2008 receiving 500mg acetaminophen and 25mg diphenhydramine, and 2191 receiving placebo. NHTR rates did not differ significantly between groups (1.4% premed vs. 1.5% placebo, p=0.43). Subgroup analysis revealed that febrile reactions occurred at a very low rate with less in the treatment group (0.35% premed vs. 0.64% placebo, p=0.084). The strength of this data is relatively weak, as premedication would need to be given prior to 344 transfusions to prevent one febrile reaction with an absolute risk reduction of 0.29%. It is important to note that these low NHTR rates occurred in the setting of 100% bedside leukoreduction with a leukofilter. In addition, a febrile reaction was classified as a temperature >100.5 or >1 degree Fahrenheit change in temperature which may have increased false positive rates in the bone marrow transplant and leukemic patients. The other data point that did reach significance was the number of transfusions required before a NHTR developed, with more patients in the placebo group developing a NHTR after 10 transfusions compared with the premedication group (10.9% vs. 2.4%, p=0.074).

Several non-randomized, non-blinded studies also demonstrate that premedication does not significantly reduce the incidence of NHTR. Patterson et al. (2000) showed that after the introduction of premedication administration guidelines, premedication use was reduced approximately 25% (7). Even with this reduction, NHTR including fever, chills, and hives were not significantly increased. Sanders et al. (2005) conducted a retrospective study in pediatric oncology patients that found a paradoxical non-significant increase in the odds of a NHTR when acetaminophen and diphenhydramine were administered (1).

It is also important to analyze the cost of this routine practice. Tylenol and Benadryl, although over-the counter, are not benign medications and are associated with adverse events including hepatotoxicity, urinary retention, altered mental status, somnolence, and agitation. These adverse effects have to be strongly considered especially in the transfusion population who may already have underlying hepatic dysfunction, neurologic dysfunction and have a higher overall morbidity from administered medications. Second, premedication with Tylenol may mask the fever curve that we rely on for making clinical decisions. If masked, we will lose valuable information and lifesaving interventions based on blood culture data and antibiotic use may be delayed. This data is particularly important in the neutropenic population and those with life threatening infections such as endocarditis. In addition, these medications have a financial and temporal cost. Sanders et al. (1) calculated a financial cost of $40,000/year for premedications, as well as over 700 hours of nursing and pharmacy time surrounding administration of the medications at their institution.

Low to no absolute risk reduction from premedication to prevent what are often benign reactions, potential for adverse reactions, delay in treatment decisions, and significant cost and manpower burden should make us all stop and reconsider the routine administration of Tylenol and Benadryl. In the end, Mr. T may suffer more from missing the Yankees beat the Red Sox than he would from missing his premeds.

4 comments on “To Premed or Not to Premed: Are Tylenol and Benadryl Really Necessary Prior to All Transfusions?”