Does the BCG Vaccine Really Work? 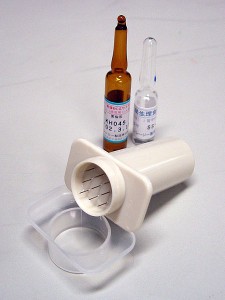 Mycobacterium tuberculosis, an acid-fast bacillus, is the causative agent of tuberculosis (TB), an infection that causes significant morbidity and mortality worldwide. A highly contagious infection, TB is spread by aerosolized pulmonary droplet nuclei containing the infective organism. Most infections manifest as pulmonary disease, but TB is also known to cause meningitis, vertebral osteomyelitis, and other systemic diseases through hematogenous dissemination.[1] In 2009, there were an estimated 9.4 million incident and 14 million prevalent cases of TB worldwide, with a vast majority of cases occurring in developing countries of Asia and Africa. Approximately 1.7 million patients died of TB in 2009.[2]

TB has afflicted human civilization throughout known history, and may have killed more people than any other microbial agent. Hermann Koch first identified the bacillus in 1882, for which he was awarded the Nobel Prize in 1905. In 1921, Albert Calmette and Camille Guérin developed a live TB vaccine known as the bacille Calmette-Guérin (BCG) from an attenuated strain of Mycobacterium bovis.[3]

As the only TB vaccine, BCG has been in use since 1921,[4] and is now the most widely used vaccine worldwide,[5] with more than 3 billion total doses given. The BCG was initially administered as a live oral vaccine. This route of administration was stopped in 1930 following the Lübeck (Germany) disaster, in which 27% of 249 infants receiving the vaccine developed and died from TB. It was later discovered that the Lübeck vaccine was contaminated with virulent M tuberculosis. The intradermal route of administration was later found to be safe for mass vaccination, through studies conducted in the 1930s.[6] The World Health Organization currently recommends BCG vaccination for newborns in high-burden countries, although the protection against TB is thought to dissipate within 10-20 years.[7] The BCG vaccine is not used in the US, where TB control emphasizes treatment of latently infected individuals.[3]

Although widely used, the efficacy of the vaccine in preventing pulmonary TB is uncertain, with studies showing 0-80% protective benefit. A meta-analysis performed in 1994 showed that the BCG vaccine reduces the risk of pulmonary TB by 50% on average, with greater reduction in risk of disseminated TB and TB meningitis (78% and 64%, respectively).[8] It is currently accepted that the BCG vaccine provides protection against TB meningitis and disseminated TB in children, as well as leprosy in endemic areas such as Brazil, India, and Africa.[9]

There are several possible explanations for the variations in BCG vaccine efficacy found in different studies. Based on the observation that BCG vaccine trials showed more efficacy at higher latitudes than lower latitudes (P<0.00001), it is hypothesized that exposure to certain endemic mycobacteria, thought to be more common in lower latitudes, might provide natural immunity to the indigenous people, and the addition of BCG vaccine does not add much to this natural protection. The higher prevalence of skin reactivity to PPD-B (Mycobacterium avium-intracellulare antigen) in the lower latitudes supports this theory. However, there has been no conclusive link found between endemic Mycobacterium exposure and protection against TB. In addition, TB infection rates are highest in lower latitudes, where natural immunity should be the greatest;[5] this may indicate that other factors are at play. Other reasons why the observed efficacy of BCG vaccines may vary so widely is that they are produced at different sites around the world, with inconsistent quality control.[4] Also, the vaccine’s efficacy depends on the viability of the BCG organisms, which can be markedly altered by storage conditions.[10]

BCG is considered a safe vaccine,[4] with the main side effect being a localized reaction at the injection site with erythema and tenderness, followed by ulceration and scarring. This occurs almost invariably following correct intradermal administration. Overall, the rate of any adverse reaction has been reported to be between 0.1% and 19%[11] and serious adverse reactions such as osteitis, osteomyelitis, and disseminated BCG infection are rare [7] and estimated to occur less than once per 1 million doses given.[11] Disseminated BCG infection is a serious complication almost exclusively seen in immunized patients with underlying immunodeficiency, such as HIV infection or severe combined immunodeficiency. This complication carries a high mortality rate of 80-83%, and the incidence of fatality is estimated at 0.19-1.56 cases per 1 million vaccines given.[7]

Immunization with BCG vaccine increases the risk of a positive purified protein derivative tuberculin skin (PPD) test. This can complicate the interpretation of a PPD test, and may lead to unnecessary preventive treatment in people who do not truly have latent TB infection. However, it has been shown that a person’s age at time of BCG vaccination, as well as the years since vaccination, affects the risk of PPD positivity. Therefore, the US Preventive Services Task Force recommends PPD screening of high-risk patients, and that a >10 mm induration after PPD administration should not be attributed to the BCG vaccine. If a patient has a previous exposure to the BCG vaccine, the CDC recommends using the QuantiFERON-TB Gold test (QFT-G, Cellestis Limited, Carnegie, Victoria, Australia), an interferon-gamma release assay, to detect TB exposure instead of the PPD. This test is specific for M tuberculosis proteins without cross-reactivity with BCG. The major drawback of the QFT-G test is that it is roughly 3 times more expensive than the PPD test.[12]

In summary, the BCG vaccine has been in use for 90 years to reduce the prevalence of TB infection. It is the most widely used vaccine worldwide, with 100 million doses administered every year.[7] Although the vaccine is compulsory in 64 countries and recommended in another 118, its use is uncommon in the US, where treatment of latent infection is the major form of TB control. The vaccine limits multiplication and systemic dissemination of TB [13] and decreases the morbidity and mortality of TB infection, but has no effect on its transmission [7] and has no use in the secondary prevention of TB.[13] The vaccine’s efficacy in preventing pulmonary TB is highly variable, but it is thought to be efficacious in preventing TB meningitis, disseminated TB, and leprosy. In order to make up for the BCG vaccine’s shortfalls in preventing pulmonary TB, substantial progress is being made in the field of TB vaccines. In 2010, 11 vaccine candidates were being evaluated in clinical trials, with 2 being evaluated for efficacy.[9] Future developments in the field of TB vaccine development may improve on the foundations built by the BCG vaccine in reducing the worldwide health burden of this ancient disease.

One comment on “Does the BCG Vaccine Really Work?”