Should Physicians Offer The HPV Vaccine To Men And Boys? 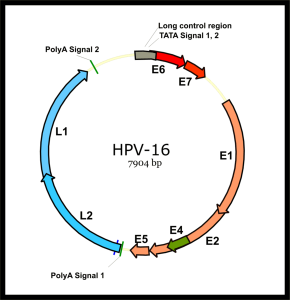 Implementing widespread vaccination programs is a societal economic decision, relying on the cost per quality-adjusted life-year gained (QALY) compared to other prevention programs. Currently, the HPV vaccine is only routinely offered to females aged 9 to 26 because several studies have shown the HPV vaccine to be cost-effective at preventing cervical cancer in this population. A study by Kim and Goldie of the Harvard School of Public Health concluded that the cost of vaccinating 12-year old girls to prevent cervical cancer was $43,600 per QALY gained but rose to $152,700 per QALY when including females up to age 26.[9 ] When including the disease burden from genital warts caused by HPV, the cost per QALY was only reduced to $133,600. In another model including 12-year-old boys in the HPV vaccination program, Kim and Goldie concluded that the cost per QALY from cervical cancer prevention was $290,290 compared with vaccinating girls only; when including all HPV-related diseases in both sexes, it cost $120,000 per QALY.[10] Kim and Goldie therefore concluded that it is not cost-effective to expand widespread vaccination to boys compared to girls alone.[10] In contrast to these findings, a study by Elbasha and Dasbach of Merck & Co, the manufacturer of Gardasil, proposed that expanding the HPV vaccine indication to boys would only cost $25,664 per QALY for all HPV-related outcomes compared to only girls.[11] This vastly different result comes from different modeling procedures; the Merck model included the estimated diminished quality of life in women living with cervical intraepithelial neoplasia and used a higher vaccine efficacy (and included a full-page discussion debating the findings of Kim and Goldie).[10,11]

Prevention–both primary (preventing disease from occurring at all) and secondary (detecting asymptomatic disease early and preventing progression)–remains the crux of primary care. Kevin Burns succinctly summarizes the clinical and economic data surrounding HPV vaccination of men and boys. Of note, on October 25, 2011, the Advisory Committee on Immunization Practices (ACIP) voted to expand the routine use of quadrivalent HPV vaccine (HPV4). The expanded recommendations for HPV4 vaccination include:

• Routine vaccination of men ages 22-26 who have HIV infection or who have sex with men.

8. Kim JJ. Targeted human papillomavirus vaccination of men who have sex with men in the USA: a cost-effectiveness modelling analysis. Lancet Infect Dis. 2010:10(12):845-852.

10. Kim JJ, Goldie SJ. Cost effectiveness analysis of including boys in a human papillomavirus vaccination programme in the United States. BMJ. 2009:339:b3884.

2 comments on “Should Physicians Offer The HPV Vaccine To Men And Boys?”