How Bad is Binge Drinking, Really? 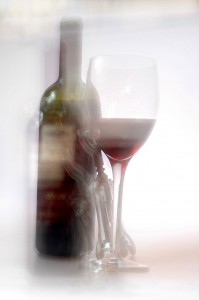 Alcohol is a well-established part of our culture,as a social lubricant or a way to wind down at the end of the day. Recently, however, binge drinking (4 or more drinks for a woman, 5 or more drinks for a man) has been rapidly increasing, with as many as 32% of Americans reporting at least occasional bingeing.[1] Additionally, men have been shown to binge drink 30% of the time when they go out socially.[2]It is well known that alcoholism is a risk factor forcirrhosis, tuberculosis, pancreatitis, pneumonia, hypertension, and cardiomyopathy;[3] however, there is a lack of knowledge about morbidity related to binge drinking.

When asked about the body’s ability to recover from binge drinking, physicians often relay the widely known catastrophesthat can occur during acute intoxication (car accidents, homicide, suicide, domestic violence, emergency room visits from injuries),[4] but patients rarely hear about the actual effects of binge drinking on the human body. This knowledge gap is due to a combination of conflicting arguments and a lack of data.

The good news: when controlling for other alcohol usage, there is no increased risk of cirrhosis among binge drinkers over nondrinkers.[5] Furthermore,brain tissue shrinkageand difficulty in object recognition are transient, with subjects returning to baseline after binge drinking has ceased.[6,7] A small study comparing binge drinkers with nondrinkers actually displayed some increased activity on MRI in the frontal and parietal regions, thought to be due to increased engagement of working memory.[8] These effects are likely due to the ability of the body to repair itself during short periods of abstinence from alcohol (between binges) as well as a lack of cumulative inflammation necessary to cause lasting damage.

Binge drinking has pathological effects, even with ‘’rest’’ between episodes. Effects are seen on the heart, where arrhythmias are common in the setting of binge drinking–often called ”holiday heart” syndrome.[9,10,11] While these arrhythmias are often transient, they can lead to more dangerous arrhythmias or even emboli in high-risk patients.Binge drinking has been linked to higher levels of cerebral bleeds, death from coronary artery disease, and strokes, with increases as high as 20%.[12] Normally, the changes that would lead to alcoholic cardiomyopathy are reversed with time; however, in patients with acute viral myocarditis, binge drinking can lead to a deleterious drop in systolic function.[13] These cardiac risks are significant, and can be prevented by not binge drinking.

In the gastrointestinal system, the liver and pancreas are the organs most commonly affected. Although not associated withcirrhosis, binge drinking is the largest activator of the liver enzymes ERK1 and ERK2, which have been linked to excess cell growth.[14]In addition to pancreatitis, pancreatic cancer wasfound to be more common in binge drinkerscompared to nondrinkers (OR 3.5, 95% CI: 1.6-7.5).[15]

Renal issues are important when counseling patients, asbinge drinking alongwith NSAID usecan lead to an increased risk of acute renal failure.[16]The effects on the brain don’t appear to be limited to acute intoxication, either. Using MRI, it is seen that there ishypoactivation of the hippocampus along with a defect in spatial recognition that is long-lasting in individuals who report multiple episodes of bingedrinking.[6]

Binge drinking causes damage beyond the direct chemical insult. These effects are most commonly seen in younger males, with the highest alcohol-attributable fraction (AAF) seen with motor vehicle accidents.[17] This concept refers to the notion that without the consumption of alcohol these events would not occur. Binge drinking correlates most highly with violent injuries.[18] The suicide rate among binge drinkers is 6 times that of moderate alcohol consumers.[19] The economic toll of binge is estimated to be $170 billion, comprising over three quarters of the total economic cost from all kinds of drinking.[20]

Binge drinking has been shown to have serious effects on the human body, despite the recovery periodbetween episodes. Beyond the obvious legal problems and accidental injuries associated with punctuated intoxication, there are detrimental effects on the heart, gastrointestinal system, brain, and kidneys. Patients who bingeneed to be aware of the harm they are doing themselves even if they manage to avoid injury and arrest. Further education is needed to prevent furthernormalization of binge drinking.