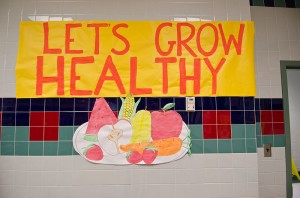 A 62- year-old man with a history of hypertension, diastolic dysfunction and chronic kidney disease is admitted 4 days after beginning outpatient treatment of community acquired pneumonia with cefpodoxime and azithromycin; he had been intermittently vomiting for two days, but proudly states that he has been keeping all of his home medications down, including hydrochlorothiazide. The morning after his admission, he was noted to have a serum creatinine of 3.4 mg/dL (from a baseline of 1.7 mg/dL). His lung fields were clear to auscultation, and he had no jugular venous distention. His urinalysis revealed trace WBC casts. My attending tells me to ‘get some urine lytes and figure out if this is pre-renal or a renal problem…do a FENa…if it’s less than 1%, start fluid resuscitating him.’ I nod my head and send the intern for the patient’s urine unquestioningly.

After rounds, I wait at the computer for the results and ponder this ‘fractional excretion of sodium.’

What is a normal FENa? In plain-speak, the FENa, or fractional excretion of sodium, is the amount of sodium excreted in the urine out of all the sodium filtered at the glomerulus. It seems like the kidneys are exceptionally sodium avid, as we are told through medical school that a FENa above 2% is equivalent to vast tubular death and dysfunction. But even in such renal apocalypse, 98% of sodium is still being reabsorbed—which is rather phenomenal. I wonder what my FENa is and to figure it out, I do some quick mathematics.

How were FENa cut-offs derived? In two classic studies [1, 2] the FENa was elevated to 3.5% and 7%, respectively in patients with acute, oliguric kidney injury secondary to acute tubular necrosis. By contrast, these studies revealed fractional sodium excretions of 0.4% in patients with acute, oliguric kidney injury secondary to volume depletion. Notably, the patients in these studies had relatively normal baseline creatinine (< 1.4 mg/dl as an inclusion criterion) [1] and oliguria was defined as < 400 mL of urine per day in the pre-renal azotemia group [1]. Because the FENa is dependent on functioning nephron mass, and the patients in these studies used to define FENa had impaired glomerular filtration (i.e. oliguria), a relatively high FENa threshold (1%, compared to a ‘normal’ FENa) is used to define pre-renal azotemia. I was interested that these parameters only helped to distinguish pre-renal kidney injury from acute tubular necrosis, and not other renal insults such as acute interstitial nephritis. Further, the patients in the study did not have chronic kidney disease (a baseline creatinine of > 1.6 mg/dL was an exclusion criterion) [1], as my patient does, and the urinary electrolytes and serum electrolytes were collected simultaneously, unlike the collections from my patient.

The urinary electrolytes return in the computer and I use the serum electrolyte panel drawn from the patient earlier in the morning to make the calculations. My patient’s FENa is 1.9%. I guess I should hold on the fluids, or could he still be volume depleted?

Do patients with chronic renal insufficiency have a higher FENa? I decide to use the same reasoning that I used for myself on my patient. I trend his serum electrolyte panel for the last six months and see that his baseline creatinine is 1.7 mg/dL. I plug this into the MDRD calculation and find that his baseline creatinine clearance can be estimated at 32 cc/min/1.73m2 or 46.1 L/day. I assume that he eats a typical American diet of 150 mEq of sodium per day and that he is in sodium balance; his ‘resting’ FENa is therefore 150 mEq / (46.1 L/day x 140 mEq) or 2.3% [3].

Are there other patient populations with higher FENa quotients? I continue my reading and find that there are other clinical scenarios, in addition to chronic renal insufficiency, in which a relatively high FENa can be seen with volume depletion—vomiting and diuretic therapy [4, 5]; both of which my patient has!

When volume contraction is the result of gastric loss of hydrogen chloride (HCl), a metabolic alkalosis ensues. The kidneys compensate by excreting sodium bicarbonate; consequently, distal delivery of sodium is increased and the FENa quotient will also elevate. One mechanism by which the kidneys increase bicarbonate excretion is via the chloride-bicarbonate exchanger in the distal collecting duct [6]. In clinical scenarios where loss of chloride is prominent (e.g. loss of gastric contents), a low fractional excretion of chloride may be a more accurate diagnostic tool [7] as more chloride is reabsorbed distally, in exchange for bicarbonate.

Is there another test to be used in the setting of diuretics?In 2002, Carvounis and colleagues attempted to circumvent problems with distal sodium delivery and diuretics by utilizing the fractional excretion of urea (FeUrea) as a tool to distinguish pre-renal azotemia from acute tubular necrosis [8]. They found that patients with pre-renal etiologies on diuretics had high FENa, but low FeUrea (less than 35%); by contrast, those with ATN had an average FeUrea of 55 to 63%. These results, however, have not been consistent. Pepin et al. found, in contradistinction, that FeUrea is a rather poor tool for the detection of pre-renal azotemia compared to the FENa in patients administered diuretics (with a sensitivity and specificity of 79% and 33% in patients administered diuretics) [9]. Biological reasons for the difference in these studies may lie in urea reabsorption changes with age, and in response to cytokines [10]. The patients in the Pepin study were significantly older and more likely to have had sepsis. Unfortunately, this is the typical patient population encountered in the hospital. Importantly, both studies had similar exclusion criteria and these included: renal transplant, malignant hypertension, contrast examination less than 48 hours before the onset of AKI, rhabdomyolysis, obstructive uropathy, adrenal insufficiency, and acute glomerulonephritis. Neither study provided information on the timing of urine collection in relation to diuretic administration. This may be important as diuretics have variable natriuretic pharmacokinetics, and this phenomenon may be age-dependent [11].

What about time course? It is important for clinicians to realize that a fractional excretion is only a snapshot of kidney function. The pathophysiology of pre-renal azotemia and acute tubular necrosis often lie on a spectrum. Indeed, early obstructive uropathy, acute intersitial nephritis and glomerulonephritis have been found to produce low FENa quotients and this may be due to early tubule function and sodium avidity.

Can a patient have a low FENa and not be in a volume-depleted state? Given the aforementioned caveats to FENa, I wondered about the converse of my patient. That is, can one be euvolemic or even hypervolemic and have a low FENa? In diseases like cirrhosis and congestive heart failure, neurohumoral responses are activated. Significantly, the renin-angiotensin system is inappropriately active, leading to sodium avidity throughout the nephron, especially in the proximal tubule under the influence of angiotensin 2. This will lower the FENa even if the patient has aminoglycoside-induced or other causes of ATN[4]. Interestingly, acute kidney injury from rhabdomyolysis or contrast nephropathy, typically produce a low FENa as well. The reasoning may involve myoglobin’s ability to scavenge nitric oxide and result in profound renal vasoconstriction [12].

How do I put this together? Taken together, the clinician must appreciate that a FENa of 1% can be used as a cutoff to determine salt-avid kidneys only in patients with preserved GFR at baseline. As above, patients with chronic kidney disease will have progressively higher FENa as a function of decreasing nephron mass. Once the clinician determines a FENa cutoff, it is imperative to realize that a low value can only be interpreted as ‘sodium-avid’ kidneys. This implies that the renin-angiotensin-alosterone axis is intact and acting upon acting upon responsive tubulular cells. This will occur in many clinical states in addition to volume depletion (e.g. cirrhosis, CHF, early nephritic syndrome, early cast nephropathy and early obstructive nephropathy). By contrast, a relatively high FENa implies increased distal sodium delivery which may occur when the aforementioned hormonal axis is ablated, the tubular cells are damaged (e.g. ATN), or in the event of natriuresis (e.g. diuretics, ketonuria, bicarbonaturia). The clinical situations in which pre-renal states have high FENa and ATN is accompanied by low FENa are numerous and the sensitivities and specificities of the test are not well established in these settings.

I returned to my patient’s bedside and performed a thorough history and physical examination. I measured his supine vital signs, and then stood him up. After one minute, I measured his vital signs again. His heart rate increased from 63 to 99; his systolic blood pressure dropped by 20 mmHg. He had dry axilla and his mucous membranes were parched [13]. His lung examination was clear. He looked up at me through sunken eyes and said “Doc…I’m thirsty.” I walked down to the hall to the nursing station and asked the nurse to give him 500 cc’s of normal saline. There’s no substitute for good clinical skills, I thought.