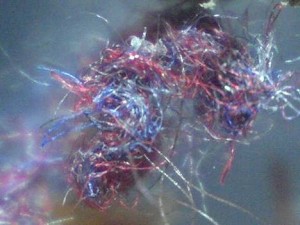 Morgellons disease is an “unexplained dermopathy” characterized by fibers emerging from skin lesions, and associated with various cutaneous sensations.[1] Inspired by a curious medical condition reported by a 17th century English physician, Morgellons was actually named in 2002 by Mary Leitao, a layperson, to describe the mysterious set of symptoms reportedly suffered by her then 2-year-old son.[2,3] Leitao then launched the not-for-profit Morgellons Research Foundation (MRF) along with a (no longer active) website, www.morgellons.org.[3] MRF successfully petitioned members of Congress as well as the public to convince the Centers for Disease Control (CDC) to perform an epidemiologic study of Morgellons disease. In January 2012, the CDC published their findings from this investigation on the peer-reviewed online journal PLoS ONE.[1]

The CDC study enrolled members of Kaiser Permanent of Northern California (KPNC), a managed care consortium of about 3.2 million members.[1] For the purposes of the study, the CDC defined a case-patient as any patient who received care at KPNC between July 1, 2006 and June 30, 2008 and reported fibers or similar forms of solid material such as “threads, specks, dots, fuzzballs and granules” and at least one of the following:

1. A skin lesion such as a rash, wound, ulcer or nodule.

2. A disturbing skin symptom such as pruritus, feeling that something is crawling on top of or under the skin, or stinging, biting, or a pins and needles sensation.

The CDC identified a total of 115 case-patients, yielding a prevalence of 3.65 per 100,000 enrollees. These case-patients were mostly female (77%) and white (77%) and had a median age of approximately 55 years. More than half of all case-patients admitted to additional symptoms including fatigue of at least 6 months duration and musculoskeletal complaints. More than half of all case-patients also rated their general health status as fair or poor on a web-based survey. The case-patients reported using a variety of over-the-counter, prescription, and alternative therapies to relieve their dermatologic complaints, but no treatment was reported to be regularly effective.

Of the 115 identified case-patients, 41 received comprehensive evaluations, including clinical examinations by both internists and dermatologists; histopathologic, immunohistochemical, molecular, and chemical analysis of skin biopsies; molecular and spectral analysis of collected fibers and other material; neurocognitive and neuropsychiatric testing; extensive blood tests; chest radiographs; urinalysis and culture; and drug testing of collected hair samples. These clinical evaluations yielded the following results:

1. Skin lesions were most consistent with “arthropod bites or chronic excoriations.”

2. No parasites or mycobacteria were found in skin biopsies.

3. Collected fibers and other materials were mostly of textile origin.

6. All chest radiographs were normal.

Based on these results, the authors of the study concluded that, although Morgellons is associated with a significant reduction in quality of life, no causative medical condition or infectious agent was found in the case-patients. They likened this “unexplained dermopathy” to delusional infestation, a well-characterized psychiatric disorder responsive to antipsychotics.

One of the most intriguing facts gleaned from the study was that more than 75% of case-patients reported onset of their symptoms after 2002, the year in which Mary Leitao launched MRF and its website.[1] This finding begs the question of whether the Internet helped spread a delusion to individuals with pre-existing psychiatric morbidities. In fact, even before the CDC study’s results were released, several articles suggesting this very possibility were published. Although these suspicions may never be proven, they raise the provocative issue of the considerable influence of Internet memes on beliefs in modern society.[2] The term meme, first coined by the British evolutionary biologist Richard Dawkins in his 1976 book The Selfish Gene,[3] refers to an idea or concept that is essentially the cultural analogue of a gene. That is, a meme can be spread from generation to generation, change due to imperfect copying, and be selected for or against within a given culture. Examples of memes include musical pieces, religious beliefs and one-liners from movies.

A study published in Psychosomatics offered an explanation of how a meme such as Morgellons disease came to be rapidly accepted by a relatively large online community.[4] First, simply being able to attach a specific label to one’s own perceptual abnormalities provides significant, albeit temporary, relief of anxiety. Second, interacting with others supposedly suffering from the same ailment breaks one’s social isolation and provides a sense of legitimization and comfort.[4] This confers on the Morgellons meme a significant advantage in the marketplace of ideas that is the Internet over the competing meme of delusional parasitosis, a much more stigmatizing label. Thus, we see that the psychological appeal of an idea, and not necessarily its validity, can be more valuable to its success as an Internet meme. Finally, it becomes apparent that the conventional definition of a delusion as a fixed, false belief not held by one’s culture may be challenged by the rise of the Internet as an unprecedented platform for the exchange and acceptance of memes, and quite possibly, delusions as well [5].