Is There Evidence to Support a Vegetarian Diet in Common Chronic Diseases? 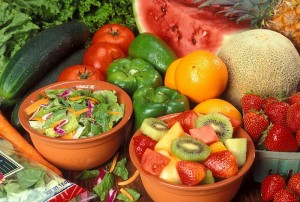 In the age of prevention, primary care is more empowered than ever to educate patients on reducing their risk for common chronic diseases by promoting behavior modifications early in the natural history. In the clinic, this means a focus on hyperlipidemia, hypertension, and diabetes—risk factors that play synergistic roles in causing a wide array of diseases with tremendous morbidity and mortality. Given the large number of risk factors that co-exist for so many patients, astute clinicians are aiming for the lifestyle changes likely to yield the most bang for their preventive buck—that is, the interventions that have a significant impact on the most disease processes. Although nutrition counseling has received significant attention as a high-yield primary care priority, one especially strong recommendation with many benefits for all of the common chronic disease is regularly overlooked: the vegetarian diet.

One of the clearest ways in which a vegetarian diet improves patient health is by reducing rates of obesity and overweight. The hazards of obesity are well established in both men and women, and include increased risk of coronary artery disease, diabetes, hypertension, stroke, and osteoarthritis [1]. Obesity is further associated with decreased life expectancy by at least 1 year, and increased individual health care costs in excess of $10,000 [1,2]. Numerous studies have noted a significant association between vegetable-based diets and lower weight, including a 2009 population study of over 60,000 patients published by the American Diabetes Association that demonstrated a 5-unit body-mass index (BMI) difference between patients eating no animal products and omnivorous controls [3]. Mechanistically, studies have shown that the weight loss experienced in adopting a vegetarian diet involves a number of interrelated metabolic processes. Increased dietary fiber and complex carbohydrate intake coupled with decreased dietary protein collectively translate to delayed gastric emptying, increased transit time, earlier satiety, lower total caloric intake, and increased post-prandial energy expenditures during digestion [4]. Perhaps most importantly, the physiological mechanisms of weight loss synergize with other interventions in the treatment of other related diseases, yielding profound improvements in hyperlipidemia, hypertension, and diabetes [2].

Data supporting the positive effects of a vegetarian diet on hyperlipidemia and heart disease are compelling, especially as heart disease remains the leading cause of death for both men and women in America in 2012 [5]. A meta-analysis of 5 prospective studies involving more than 76,000 patients showed 31% less death from ischemic heart disease among male vegetarians as compared with nonvegetarians, and 21% less in female vegetarians [6]. Although many factors play a role in this transformation, a large fraction of the impact is attributable to a 14% decrease in total serum cholesterol observed between lacto-ovo-vegetarians and non-vegetarians, described in a meta-analysis of 9 prospective studies—a finding that is reproduced in comparisons between overweight vegetarians and nonvegetarians with a normal BMI [2,7,8]. The cholesterol-lowering effect is derived from several components of the vegetarian diet including decreased cholesterol and saturated fat intake along with increased dietary plant fiber and soy [9,10,11]. Of note, although smaller doses of soy have not been similarly studied, a 25 g daily portion of soy included in either a vegetarian or an omnivorous diet has been shown to increase plasma HDL, reduce total cholesterol, and provide a source of isoflavones—a subset of phytoestrogens that promote endothelial function and compliance, mitigating atherosclerotic damage [12,13,14].

Blood pressure is also improved dramatically by a vegetarian diet. Not only have many observational studies have shown that vegetarians consistently exhibit lower blood pressures than matched omnivorous controls, but randomized clinical trials have further demonstrated a significant decrease in blood pressure following the institution of a vegetarian diet in both hypertensive and normotensive patients [4,15,16,17]. Evidence supports a multifactorial mechanism centered on diet-associated weight loss, with one study showing an overall decrease in the incidence of hypertension from 40.5% to 18.9% among patients who maintained a weight loss of 2.4 kg throughout 7 years of follow-up [18,19]. Weight loss, however, is only part of the picture, with other studies demonstrating that the association between a vegetarian diet and improved blood pressure remains significant after statistical adjustment for changes due to weight loss and baseline differences in BMI between populations. Data from observational studies and meta-analyses generally agree that increasing dietary fiber, potassium, and magnesium all contribute to improved hypertension control [20,21,22,23]. An area of interesting new research focuses on the role of antioxidants, which are abundant in fruits and vegetables. Antioxidant-rich diets yield higher levels of vitamins C and E, and ?- and ?-carotene, which correlate with decreases in systolic and diastolic blood pressure among both hypertensive and normotensive patients following 6 months of dietary supplementation [24,25,26]. The leading theory connecting antioxidants to blood pressure control focuses on regulation of nitric oxide synthase, whose inhibition is thought to underlie the impaired endothelial vasodilation that characterizes essential hypertension [27]. Increased dietary antioxidants limit this effect by removing excess superoxide anion—an in vivo inactivator of nitric oxide [28].

Perhaps the most important frontier for counseling patients on the benefits of a vegetarian diet is diabetes. Diabetes mellitus is a crippling disease that currently affects at least 8.3% of the American population, which amounts to 25.8 million patients—as well as another 79 million patients with prediabetes [29]. Observational studies have consistently demonstrated that patients with either normal glycemic control or prediabetes who adhere to vegetarian diets are half as likely to develop diabetes mellitus as those eating omnivorously, while clinical trials in diabetes have shown significant improvements in glycemic control on both vegetarian and vegan diets as compared to conventionally prescribed diabetic diets or no nutritional intervention [30]. As in hypertension, weight loss accounts for a substantial fraction of the observed clinical improvement in diabetic vegetarians, but other independent factors have also been shown to make significant contributions to the overall effect on improved glycemic control.

Reducing dietary fats has been shown in case-control studies to reduce intramyocellular lipid content by up to 31% in diets devoid of animal products when compared to weight-matched omnivorous controls, an essential finding given that intramyocellular lipid content is strongly associated with insulin resistance [31,32,33]. In parallel, the increase in dietary complex carbohydrates that typically accompanies a decrease in dietary animal products in a vegetarian diet further improves insulin sensitivity, acting synergistically to mitigate hyperglycemia [14].

Departing from the physiological principle that less bioavailable non-heme iron sources predominate in the vegetarian diet, observational studies have shown that increased serum ferritin correlates with insulin resistance and is predictive of type 2 diabetes—a finding that has been confirmed by a case-control study comparing lacto-ovo-vegetarians against age- and BMI-matched omnivorous controls [34,35,36]. These results are further supported by a small trial that used phlebotomy to reduce the serum iron levels of 6 omnivorous diabetics to the average range for vegetarian patients, an intervention that yielded a 40% improvement in insulin sensitivity [37].

Dietary fiber—especially viscous fiber—has been shown by observational studies to be associated with decreased incidence of diabetes, as well as improved insulin sensitivity among diabetics [38]. Fiber also plays a role in glycemic control by delaying gastric emptying, increasing satiety, and increasing the thickness of the unstirred water layer, thereby slowing the rate of glucose absorption, effects that collectively promote significant weight loss and insulin sensitivity [39]. Later in the digestive process, fiber undergoes colonic fermentation to propionate—an inhibitor of hepatocyte gluconeogenesis [40]. Establishing what this means in clinical terms, a randomized cross-over study of type 2 diabetics on a diet containing 50 g of daily fiber for 6 weeks showed improvements of 10% and 12% in 24-hour glucose and insulin concentrations as compared to diabetic controls consuming only 24 g of daily fiber [41]. Further, although few studies have monitored hemoglobin A1c as their primary endpoint, a 2009 randomized controlled trial that put 99 diabetic patients on 22 weeks of either a vegan diet, the American Diabetes Association’s recommended low-fat low-glycemic-index diet, or nutritional counseling only (provided to patients in all 3 treatment arms) showed decreases in hemoglobin A1c of 0.96%, 0.56%, and 0.36%, respectively—strong evidence supporting the vegetarian diet as a powerfully effective intervention for long-term improvement of glycemic control in diabetic patients [42].

Counseling your patients to adopt a vegetarian diet can bear extraordinary fruits in many areas of their health, although those effects also depend on portion control, limited snacking, and reduction or elimination of sugar-sweetened beverages, as well as regular exercise and good sleep hygiene [43]. Older arguments against a vegetarian diet including cost and nutritional incompleteness have consistently been refuted, with strong, reproducible evidence demonstrating that vegetarian meals are not only cheaper to prepare at home, but also that prior evidence of nutritional deficits could likely be ascribed to poor health literacy and meal planning—obstacles that can be overcome through patient counseling and nutrition education and support [44,45]. In reality, the only nutritional deficiency among vegetarians supported by clinical evidence is vitamin B12, which is available both in the limited animal products available to lacto-ovo-vegetarians and in the many fortified soy and grain products developed for vegetarians and vegans. Although there has been considerable controversy over access to healthy foods for low-income patients, two studies published this year in the American Journal of Preventive Medicine and Social Sciences & Medicine show flaws in the “food desert” model, with evidence demonstrating broad access to supermarkets and grocery stores throughout almost all of the urban areas previously thought to be lacking sources of healthy foods [45,46]. With this in mind, one could say that the only true obstacles to promoting a healthy, vegetarian diet are misinformation and negative cultural attitudes regarding vegetarianism. Overcoming these barriers is achievable, and the goal of healthy, nutritious eating through a plant-based diet is within reach. Advocacy, counseling, and prevention have rarely been so important, and the potential benefits—especially for patients with obesity, hyperlipidemia, hypertension, or diabetes—are almost impossible to overstate.

Dramatic results can be seen when patients implement a plant-based vegetarian diet that focuses on fruits, vegetables, whole grains, and legumes. I have found the Physician’s Committee for Responsible Medicine website (http://www.pcrm.org) to be immensely helpful in educating myself on how to counsel patients on making such dietary changes. In addition to free nutritional continuing medical education courses for providers, their website contains a health and nutrition section that includes downloadable pamphlets for patients on how to start a vegetarian diet, available in both English and Spanish. The literature is patient-centered and answers many of the questions they may have when they get started (such as will they get enough protein, calcium, iron, and nutrients on a plant-based diet) and includes simple recipes.

35. Fumeron F, Pean F, Driss F, et al. Ferritin and transferrin are both predictive of the onset of hyperglycemia in men and women over 3 years: the data from an epidemiological study on the insulin resistance syndrome (DESIR) study. Diabetes Care. 2006;29(9):2090–2094.

One comment on “Is There Evidence to Support a Vegetarian Diet in Common Chronic Diseases?”