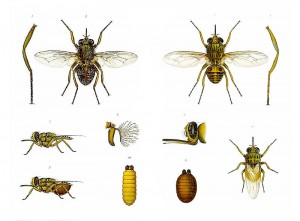 In end stage renal disease (ESRD), the kidneys are unable to perform their daily task of filtering wastes and excreting excess fluids, and the patient will either require dialysis or transplantation. This failure is often preceded by chronic kidney disease (CKD), defined as an estimated glomerular filtration rate <60 ml/min/1.73 m2 or a urinary albumin-to-creatinine ratio greater than or equal to 30 mg/g for at least 3 months [1,2]. Hypertension undoubtedly makes renal disease worse through an insidious hyalinization of afferent arterioles, also known as nephrosclerosis, that eventually leads to glomerular damage and proteinuria [3]. Not only do African Americans have a higher risk of developing ESRD from CKD, but they also experience a greater rate of progression towards ESRD than their Caucasian counterparts [1,4]. For every new case of ESRD out of 100 CKD cases of a Caucasian source population, there are 5 new cases of ESRD out of 100 CKD cases of an African American source population [4].

Therefore, neither socioeconomic status nor higher systolic blood pressure alone could explain the extent of the differences observed. External influences and environment are only a part of the picture. Perhaps there is something intrinsically different about the African American kidney.

So begins the story of the apolipoprotein L1 (APOL1) gene on the western banks of the African continent, a major stop along the transatlantic slave trade during its 18th century peak. APOL1, located on chromosome 22q, encodes a minor component of high density lipoprotein (HDL) [7]. More importantly, its secreted product, apolipoprotein L1 (ApolL1), lyses Trypanosoma brucei brucei (the flagellate protozoan that causes African trypanomiasis, or “sleeping sickness”) and provides people in endemic regions with resistance to infection from tsetse fly bites [7]. T brucei rhodensiense, on the other hand, was able to evolve and evade lysing by ApolL1. However, two allelic variants of APOL1–G1 and G2–confer a heterozygote advantage that, in essence, reverses this evolution, making T brucei rhodensiense susceptible to lysing. This protection against sleeping sickness was conserved and perpetuated; however, it came at a cost. African Americans today, who are recipients of both the G1 and G2 alleles from their ancestors in Yoruba and Western Africa, show an increased risk for kidney disease [7]. A genome-wide analysis demonstrated that having 2 risk alleles when compared to none had an odds ratio of 7.3 (95% CI 5.6–9.5) for developing renal diseases including focal segmental glomerulosclerosis, HIV-associated nephropathy, and “hypertension associated” ESRD [8].

Interestingly, Lipkowitz and colleagues returned to the original AASK trial and examined 675 of its African American participants with hypertensive CKD. They found that the presence of both APOL1 risk alleles was associated with “hypertensive” kidney disease when compared to controls, with an odds ratio of 2.57 (95% CI 1.85, 3.55) [9]. Severe cases with proteinuria had even higher odds ratios. There is now strong evidence that the APOL1 risk alleles are significantly associated with the progression of CKD. What was thought to be “hypertensive kidney disease” in fact turned out to be APOL-1-associated kidney disease. Hypertension was a manifestation rather than a cause of the disease.

Aside from its trypanolytic abilities, the function of the APOL1 product in the kidney is unknown. Its role will be the key to understanding why African Americans are more prone to CKD progression. The applications are numerous. The AASK trial showed that African Americans with mild-to-moderate renal insufficiency benefited more from use of ramipril, an ACE inhibitor, than metoprolol, a beta blocker, or amlodipine, a calcium channel blocker [6,10]. Ramipril showed a 44% risk reduction in progression to ESRD or death and a 20% decrease in proteinuria, whereas amlodipine increased proteinuria by 58% [6,10]. Is there a relationship between the presence of risk alleles and efficacy of certain drugs at reducing progression to ESRD? This possibility has not yet been studied. Additionally, the presence of APOL1 risk alleles is significantly associated with shorter allograft survival of donor kidneys [11]. Could screening for APOL1 risk alleles become a new marker for donor organ longevity?

The presence of APOL1 risk alleles does not guarantee that one will develop kidney disease. Therefore, environment, socioeconomic status, high systolic blood pressure, and all the extrinsic factors that alone did not explain rapid progression of CKD might together, with this new genetic component, lead to formulation of a better understanding of this special phenotype that disproportionately affects the African American population. The implications are vast: we are in the process of defining a subset of chronic kidney disease that has the potential to be identified through new diagnostic means and treated with a different clinical approach with regard to time course and drug therapy.

One would have to consider the discovery of APOL1 as one of the most important mechanistic discoveries in nephrology in recent years. Barry Freedman’s insight that there was a gene for “kidney failure,” and that kidney failure was a distinct phenotype, that united diabetes, HIV-associated nephropathy, lupus, et al, was a huge breakthrough. He faced considerable naysaying and skepticism over the years and now has been vindicated in a major way. The recognition that APOL1 variants became widespread in the African population due to its postulated protective effect against trypanosomiasis, much the way sickle cell variants protected against malaria, makes the story even more incredible.

The other historical perspective is the remembrance that I was trained to think that “hypertensive nephropathy” was vastly overdiagnosed; that training was completely correct. Most patients with “hypertensive nephropathy” have the diagnosis made only after some other cause of chronic kidney disease was missed. Since hypertension is frequently due to CKD, it is incorrectly assigned as the causative factor of the reduced GFR, rather than recognizing it as a secondary manifestation of CKD. Perhaps it is responsible for some chronic nephropathy in white populations, in whom APOL1 does not account for CKD. But when ESRD statistics cite hypertension as the cause of 25-30%% of American ESRD, they are clearly overstating the case.

2 comments on “Decoding the APOL1 Kidney”