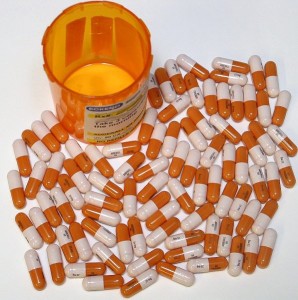 Neurocognitive enhancement with mixed amphetamine salts (MAS) has grown commonplace in academic settings. Over 34% of college students at a large public university reported using MAS as a study aid at least once in their life [1]. Other researchers have found prevalence rates ranging from 13.7% lifetime use at another large public university to 55% lifetime use among fraternity members at a large public university [2,3]. Abuse and misuse of stimulants does not stop after four years of college, nor does it spare the medical profession; in a survey completed by 388 medical students, 10.1% reported using prescription stimulants for nonmedical and nonrecreational reasons (academic enhancement) [4].

MAS such as Adderall (Shire; St. Helier, Jersey) have been approved by the Food and Drug Administration (FDA) for the treatment of attention deficit hyperactivity disorder (ADHD) and narcolepsy; however, over the past decade, more and more college- and graduate school-aged people have begun obtaining MAS illegally and consuming it for purposes other than treatment of ADHD or recreation, namely neurocognitive enhancement. How effective is amphetamine at enhancing cognition? Is the benefit outweighed by the potential for addiction and cardiac toxicity? For the purposes of this discussion, MAS will only refer to the prescription forms of amphetamine (Adderall) and dextroamphetamine (Dexedrine; Amedra, Horsham, Pennsylvania) and their generic equivalents.

MAS work by increasing catecholamine activity in the prefrontal cortex. They block the reuptake of dopamine and norepinephrine from the synaptic cleft by partially inactivating the dopamine transporter (DAT). MAS also increase the rate at which these neurotransmitters are released from their presynaptic neurons [5]. This surge of dopamine and norepinephrine is responsible for revving up cortical activity and stimulating the sympathetic nervous system. Furthermore, MAS have the ability to block monoamine oxidase (MAO), which would normally break down neurotransmitters in the post-synaptic cleft. Some anti-depressant medications (eg, tranylcypromine and phenelzine) block MAO to increase the amount of serotonin, norepinephrine, and dopamine available. Prescription MAS such as those found in Adderall (amphetamine and dextroamphetamine mixed salts), differ from other similar compounds such as methamphetamine (meth), MDMA (3,4-methylenedioxy-N-methylamphetamine or Ecstasy), and cocaine in several important ways. Cocaine works by blocking DAT and preventing the reuptake of dopamine. Meth and MDMA work the same way that prescription MAS work. The distinction between prescription MAS and street meth, MDMA, and cocaine lies in their route of entry and onset of action. Oral consumption of unadulterated dextroamphetamine in pill form is less rewarding than cocaine, meth, or MDMA because of slower uptake into the brain [6].

Users and abusers of amphetamines argue that their academic performance is enhanced by stimulants. How accurate is this claim? In a review of the available literature, Smith and Farah found that MAS enhance “consolidation of long-term declarative memory,” but have equivocal results regarding executive functioning and cognitive control (tasks and situations where the automatic, natural response is not the correct one) [7]. In a randomized controlled trial assessing the efficacy of MAS in enhancing neurocognitive performance, the placebo group outperformed the stimulant group when taking the math and verbal SAT [8]. Users who saw the most improvement on MAS had lower baseline levels of dopamine and norepinephrine as well as lower baseline grade-point averages.

Users of MAS claim an ability to focus intently on the minutiae of whatever task they are undertaking, whether they are writing a term paper or cleaning a room. Farah and colleagues undertook a preliminary study to determine if an increased focus on the details of a task would reduce the creative abilities of the user. Interestingly, they found that overall creativity was increased in users who took Adderall or other stimulants [9]. Researchers found that those study participants who were already performing above average creatively saw no rise in their creative performance and instead saw a marginal decline in creativity.

Stimulants may induce negative cardiovascular effects by increasing heart rate and blood pressure, causing vasospasm, and prolonging QT intervals [10]. However, the risk of serious sequelae from these abnormalities, such as myocardial infarction (MI) or cardiac arrhythmia, is unclear at this time. While some adult studies have found that there may be an increased risk of transient ischemic attack and sudden cardiac death (SCD), other studies have found a paradoxical decrease in risk of MI and SCD in users of prescribed stimulants [10]. The long-term effect of stimulants on individuals is not well known but needs to be clarified if long-term use of MAS for neurocognitive enhancement can be widely endorsed.

MAS create a surge of dopamine in the nucleus accumbens, ventral striatum, and other areas of the brain. This leads to the feelings of euphoria and pleasure [7]. The FDA requires manufacturers of amphetamine-methamphetamine to place this boxed warning on the label: “Amphetamines have a high potential for abuse. Prolonged administration may lead to dependence. Misuse of amphetamines may cause sudden death and serious cardiovascular adverse reactions”[11]. Although MAS are not as addictive as cocaine or meth, physical and psychological dependence are possibly their greatest health risk. Many users of MAS claim a decrease in cognitive performance from baseline when they do not take MAS. Some other minor central nervous system effects of MAS use include emotional lability, insomnia, and headaches [11].

Should students and professionals take MAS to enhance their neurocognitive performance? Looking purely at the effects on cognition and the effects on the mind and body, a small amount of research suggests that a low dose of MAS can improve academic performance without significantly increasing the likelihood of cardiovascular events. In the short term, the greatest benefit was seen in people who scored below average on cognitive and creative tasks before administration of MAS; conversely, those performing above average in these tasks actually saw a decline in performance with the use of MAS. The widespread use of MAS for neurocognitive enhancement can lead to serious complications such as addiction and dependence. While it is controversial and still yet to be determined, the risks of adverse cardiovascular events due to the long-term therapeutic
use of MAS is a very real clinical concern.