Barriers to Translating Evidence into Clinical Care: the Zoster Vaccine 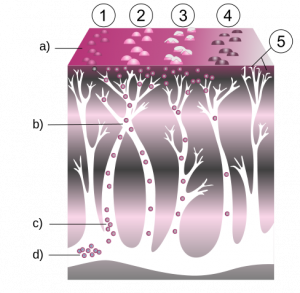 There are more than a million cases of herpes zoster (HZ) in the US annually [1-3]. The incidence of HZ, or shingles, has been rising in the US since the 1990s [2,4-7]. One third of all people in the US will get HZ, with the highest incidence in people aged 50 to 79 [2,5]. As a result of the Shingles Prevention Study (SPS), the U.S. Food and Drug Administration (FDA) and Advisory Committee on Immunization Practices (ACIP) approved the Zostavax vaccine (Merck & Co Inc, Whitehouse Station, New Jersey) for the prevention of HZ in 2006 for immunocompetent patients aged 60 and above [8]. The FDA extended the approval to patients aged 50 to 59 in March 2011 [9].

Despite strong evidence of efficacy, the uptake of zoster vaccination among eligible patients has been significantly less than other standard adult vaccines [1,10-13]. CDC estimates show that only 15.8% of eligible patients received the vaccine in 2011, up from 14.4% in 2010, 10% in 2009, and 6.7% in 2008 [13,14]. The 2011 rates were even lower in African Americans (7.9%) and Hispanics (8.0%). Our 2011 survey at NYU found that that only 66% of general internal medicine physicians responded that HZ vaccination was an important clinical priority, and 48% reported that less than 10% of their patients received the HZ vaccine [15]. Why has this evidence-based medicine not been translated into standard clinical care?

Evidence behind the efficacy of the HZ vaccine

Published in 2005, the Shingles Prevention Study demonstrated that HZ vaccine reduced the burden of illness by 61%, the incidence of post-herpetic neuralgia by 66.5%, and incidence of zoster by 51.3% [16]. Since then, the HZ vaccine has repeatedly been shown to be safe and efficacious. A 2012 study reported the efficacy of preventing HZ in persons 50-59 to be 69.8% [17] and another found the hazard ratio of recurrent HZ in patients under 70 to be 0.39 among vaccinated patients compared with unvaccinated patients [18]. A Cochrane Review of 3 randomized controlled studies of HZ vaccination efficacy found a risk ratio for HZ to be 0.49 in all vaccinated patients [19]. Furthermore, the 4-year follow-up to the SPS showed continued reductions in burden of illness of 50.1% [20].

Current barriers to the use of the HZ vaccine

Most of the barriers to HZ vaccination use are related to difficulties distributing the vaccine and a lack of physician recommendation. Hurley and colleagues identified the top barriers for physicians to be the perceived cost to patients, reimbursement difficulties, and the up-front cost of stocking the vaccine [11]. Patients with Medicaid (which covers the vaccine) and those without insurance have overall lower HZ coverage and greater difficulty accessing adult vaccines [1,21].

Additional studies have described a lack of strong physician recommendation as a major barrier to patient adherence with national guidelines [11,12]. Hurley reported that only 41 percent of physicians strongly recommended the zoster vaccine [11]. A study in the Netherlands by Opstelten and colleagues found that a lack of strong physician recommendations accounted for an odds ratio of 4.0 for patients refusing the HZ vaccine when offered free with a yearly influenza vaccine [12]. Correspondingly, a study estimated that 95.1% of unvaccinated patients had at least one missed opportunity to be offered the zoster vaccine at an outpatient visit [1]. Even when the HZ vaccine was offered for free by ophthalmologists at the Bellevue Eye Clinic during regularly scheduled appointments, 47% of patients who refused the vaccine reported wanting to speak to their primary care physician [22]. None returned to receive the vaccine.

Cabana and colleagues described that to overcome barriers to physician adherence to evidence-based practice, there must first be a change in knowledge, then attitude [23]. Knowledge can be limited by lack of awareness of the published guidelines. Attitude can be affected by disagreement with guidelines, a lack of clinical priority, or insecurity in performing the task. Finally, physician behaviors can be affected by patient adherence and structural barriers within the health system.

All of these issues must be addressed through interventions to increase adherence to national vaccination guidelines. System supports can be implemented to improve physician attitudes towards HZ vaccination. Chaudhry and colleagues evaluated clinical decision support software as part of the electronic medical record at the Mayo Clinic and found an increase in vaccine utilization of 43% and 54% at two clinics [24]. Loo and colleagues described a statistical increase in pneumococcal vaccination and influenza vaccination at Beth Israel Deaconess following implementation of EMR reminders [25]. Physician reminders can be more successful when combined with patient reminders [26] or nurse-initiated reminders [27].

However, time and general changes in the healthcare system are also needed to increase utilization. For example, in 2011, 62.3% of eligible patients in the US received the pneumococcal vaccine [14]. Interventions to increase use of that vaccine started in 1981 with Medicare covering it, but by 1989 only 14.1% of eligible adults 65 and older were vaccinated [28]. The HZ vaccine was only approved for immunocompetent patients 60 and older in 2006, and healthcare system-wide changes have only begun. New York State began to allow certified pharmacists to administer the HZ vaccine with a prescription in October 2012, and Merck began a marketing campaign about shingles that year as well. More time may be needed to see overall changes in patient and provider behaviors.

In a commentary in 2003 in the New England Journal of Medicine, Lenfant described how healthcare providers and the public were not applying the vast wealth of clinical knowledge gained in the 20th century to clinical practice [29]. He explained that there were structural, economic, and motivational barriers to the adoption of evidence-based medicine; however, a major problem is that research rarely focuses on translating knowledge to public use. Simple interventions like the ones described and demonstration of cost effectiveness can go a long way to improving physician and patient adherence. More operational research is needed to describe which interventions work best in varied clinical settings. This may be the best approach to increase use of the HZ vaccine.

There were specific problems with the shingles vaccine that hampered initial enthusiasm for its use. These include the cost of the vaccine compared to others that are commonly available, the mechanism that was set up for reimbursement (Medicare Part D), the difficulty of shipment and storage of the vaccine in a frozen state until it is used, and the shortages of vaccine due to production problems that led to shortages of the vaccine at a time when its use should have been promoted. Many of these issues have been resolved, but they slowed acceptance of an otherwise useful vaccine. The author suggests that more widespread use of the EMR will improve adherence to guidelines. I would agree that the EMR can provide reminders about good clinical practices, but remain skeptical that these will translate into sustainable improvements unless they are coupled with incentives for providers.