MSG: Can an Amino Acid Really Be Harmful? 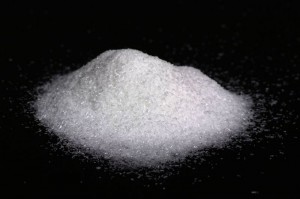 The human taste bud has become increasingly accustomed to the Japanese invention of the early 20th century: monosodium glutamate, better known as MSG. Its basic component, glutamate, is a non-essential amino acid found in many naturally occurring food sources. This universally consumed food additive has historically garnered much attention for its potential threat to human health. To best understand how an amino acid has amassed such a tarnished reputation, we must first consider the history of its discovery and popularization.

Glutamate was first isolated in 1908 by a Japanese chemist Ikeda Kikunae from konbu seaweed stock, a type of broth commonly used in Japanese cuisine. Denoting the unique savory flavor of glutamate, Kikunae coined the term umami, a Japanese colloquialism for “tasty.” Soon after its discovery, MSG became mass-produced in Japan and gained its status as a predominant flavor enhancer in Japanese households [1].

Yet humans enjoyed the umami flavor long before the first commercialization of MSG [2]. Glutamate is tasteless when a part of an intact protein, but the process of heating, ripening, aging or fermenting hydrolyzes glutamic acid into its free form and creates the savory umami flavor by activating G-protein coupled receptors in the tongue [3]. The umami flavor of the free glutamic acid is a key component that enhances tastes of many naturally occurring flavorful foods, including seafood, meats and vegetables. For example, free glutamate accumulates in ripened tomatoes and cured ham, creating their characteristic tastes. Contents of glutamate and other amino acids are reliable indicators for the taste and texture of cheese in the manufacturing process[2].

Historically, the nationwide acceptance of MSG symbolized a triumph of post-Victorian science in the 20th century Japan. Much like the German invention of beef extract used to enhance meals for German soldiers, Japanese believed the widespread use of MSG was an illustration of ways in which scientific advancement benefited the health of Japanese citizens. At restaurants and homes, MSG allowed convenient and efficient food preparation through reliable synthesis of the umami flavor [1].

This welcoming stance on MSG was replicated in other Asian countries and later in the United States. As a result of rapid industrialization and technological advancement of the 1920’s, an increasing number of Americans consumed MSG-containing ready-made canned and frozen foods. American canned soup producers like the Campbell’s Soup Company were a major importer of MSG. The umami flavor gained further popularity in the 1930’s with the popularization of Chinese restaurants that routinely incorporated MSG into their cooking. The U.S. military during the post-World War II era also utilized MSG in an effort to maintain morale of the troops with tasteful food [1].

The wide acceptance of glutamate in the U.S. began dwindling in the 1960’s as American public’s concern for its safety came into the spotlight, ignited by publicized discussions of potential dangers of other food additives like cyclamate and saccharine [1]. In 1968, the New England Journal of Medicine published the first article in history questioning the safety of MSG. In a letter to the journal editors, a Chinese-American doctor from Maryland named Robert Kwok described a case series of generalized weakness, palpitations and neck numbness radiating to the back and the upper extremities following ingestion of northern Chinese food [4]. Kwok included MSG in a list of potential culprits, and this constellation of symptoms became known as “Chinese Restaurant Syndrome” [1]. Decades later, in 1995, the Federation of American Societies for Experimental Biology released a statement, renaming the syndrome “monosodium glutamate (MSG) symptom complex” and expanding associated symptoms to include chest pain, facial pressure, headache and bronchospasm [3].

Soon after the initial publication of Kwok’s letter, the potential neurotoxic effect of MSG came to the forefront of public attention when researcher John Olney demonstrated that subcutaneous MSG injections cause acute neuronal necrosis in the developing brains of newborn mice [5]. In 1969, this finding led Jean Mayer, the chair of the White House Conference on Food, Nutrition and Health, to recommend against the use of MSG in baby foods [1]. The result of Olney’s experiment was later reproduced in other animal models, including rabbits and Rhesus monkeys [6].

Despite these early findings from animal studies, more recent evidence demonstrates that MSG does not confer neurotoxicity in humans. Mammals, including humans, are able to tolerate much higher doses of oral glutamate compared to other animals. This apparent immunity to the neurotoxic effect of glutamate is in part due to controlled rates of intestinal amino acid absorption and hepatic metabolism of glutamate into alpha-ketoglutarate. Furthermore, the concentration of glutamate in human milk is much higher (127 micromole/dL) than that in mice (5.7 micromole/dL) or Rhesus monkeys (31.4 micromole/dL) [6]. This difference in milk glutamate concentrations indicates that humans can naturally tolerate large amounts of oral glutamate intake, as demonstrated by several clinical studies. In one study, oral boluses of MSG given to human subjects at doses of 150 mg/kg (approx. 10g of MSG for an average adult) did not significantly increase serum glutamate levels [7]. Considering that the estimated daily intake of MSG is 1.2-1.7 g in countries like Korea and Japan, where MSG consumption per capita is the highest, ingestion of MSG in quantities large enough to alter serum MSG levels seems unlikely [8]. Side effects, namely nausea, limit human tolerability of MSG to amounts less than 60 mg/kg and deter humans from reaching the effective median dose of MSG (500 mg/kg) known to produce hypothalamic lesions in neonatal mice [6].

Since the early 1970’s, six small double-blind placebo-controlled trials examining the validity of the MSG symptom complex have been published. These studies involved oral challenges of placebo and MSG while monitoring the participants for MSG-related symptoms [9-14]. While all trials were small in size, the largest with only 61 subjects, four of the six trials showed no relationship between MSG and the symptom complex [9-11, 13]. It was also noted that positive correlation between MSG ingestion and the symptom complex was mitigated when MSG was consumed with food rather than alone [12, 13].

In 2000, Geha and colleagues published the largest study to date on the MSG symptom complex, involving 103 self-identified participants who reported history of experiencing MSG-related side effects. In this multi-staged, double-blind, placebo-controlled trial, 86 of the 103 subjects developed two or more MSG-associated symptoms in response to MSG, placebo or both. Of the 86 individuals, 69 were then randomly challenged with 1.25 g, 2.5 g or 5 g of MSG or placebo. Although a positive dose-response relationship was seen between MSG and its associated symptoms, the observed clinical manifestations were relatively benign conditions such as headache or transient numbness/tingling sensations. More importantly, none of these subjective symptoms were reproducible, and their incidence decreased when MSG was administered with food [15].

Of the many symptoms thought to be linked to MSG exposure, MSG-induced asthma exacerbation is of particular concern and has been the subject of multiple clinical trials over the past three decades. The first report of bronchospasm resulting from MSG exposure was in a 1981 case-series of two women, who experienced asthma attacks after eating Chinese food. Asthma exacerbation was reproduced in these two subjects following 2.5 g oral MSG challenges [16]. This initial report was followed by two single-blind studies, both of which claimed decreased peak expiratory flow rates (PEFR) in response to oral MSG challenges [17, 18]. Despite the positive findings, these studies were criticized for poor study design, including discontinuation of home anti-asthmatic medications [3]. Contrary to claims of MSG-induced asthma, several double-blind placebo-controlled studies failed to demonstrate a significant association between MSG and asthma exacerbation [19, 20]. In the case of two double-blind placebo-controlled trials that did show MSG-induced reduction in FEV1, the results were not reproducible in subsequent trials [21, 22].

Although rare cases of MSG-induced symptoms cannot be entirely dismissed, numerous studies show neither reproducible correlation nor causality between MSG and neurotoxicity, asthma exacerbation or the MSG symptom complex. Professional societies agree that there is not convincing clinical evidence to support validity of the MSG symptom complex. In 1988, the Joint FAO (Food and Agriculture Association of the United Nations)/WHO (World Health Organization) Expert Committee on Food Additives recognized that dietary glutamate exposure does not pose a threat to human health and relegated glutamate to the “acceptable daily intake (ADI) not specified” category [23]. In 2003, the International Food Information Council Foundation also endorsed glutamate as safe for the general population, including pregnant and lactating women [2].

Despite the negative speculations surrounding the safety of MSG, new research suggests it indeed may be beneficial to human health. Recent animal studies identified glutamate receptors in the gastric mucosa that can trigger afferent vagal stimulation to promote digestion and nutrient metabolism [24, 25]. MSG may also motivate food ingestion in an elderly population that often suffers from poor nutritional intake [26]. In fact, some groups purport that MSG use allows reduction in fat and sodium content of food without compromising palatability, thereby inferring a potential role of MSG in the management and prevention of cardiovascular comorbidities [2]. Even with these emerging acclamatory data, the future of MSG will be dictated largely by any shifts in the public view of this controversial compound.

3 comments on “MSG: Can an Amino Acid Really Be Harmful?”