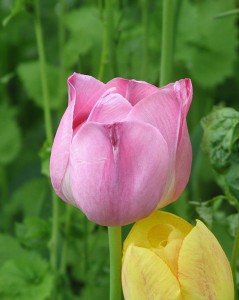 The annual incidence of infective endocarditis (IE) is estimated to be 3 to 9 cases per 100,000 persons in developed countries [1-2]. Neurologic complications are the most severe and frequent extracardiac complications of IE, affecting 15-20% of patients [3-4]. They consist of 1) ischemic infarction secondary to septic emboli from the valvular vegetation, which can eventually undergo hemorrhagic transformation; 2) focal vasculitis/cerebritis from septic emboli obstructing the vascular lumen, which can then develop into brain abscess or meningoencephalitis; 3) mycotic aneurysm secondary to inflammation from septic emboli penetrating the vessel wall [5]. Amongst these complications, stroke is the most common and is the presenting feature in 50-75% of patients [6]. To date, an ongoing debate amongst physicians is the appropriateness of anticoagulation in patients with IE and how to balance the risk of thromboembolism against that of hemorrhagic transformation of stroke.

Specific risk factors have been associated with increased risk of symptomatic embolic events. Embolic risk is especially high within the first 2 weeks after diagnosis, decreasing in frequency after initiation of antibiotics [7]. Size, location and mobility of vegetations are key predictors; in fact, surgery may be indicated for prevention of embolism with involvement of anterior mitral leaflet, vegetation size >10mm, or increasing size despite appropriate antibiotics [5,8]. Additional risk factors for embolism in IE include advanced age and S. aureus infection. Importantly, S. aureus prosthetic valve endocarditis is known to be associated with higher overall mortality and severe neurologic complications such as hemorrhagic stroke [3,9-10]. Mechanisms for intracranial hemorrhage (ICH) in patients with IE include hemorrhagic transformation (HT) of ischemic infarct, rupture of mycotic aneurysms, or erosion of septic arteritic vessels [11].

On the opposing end, more recent prospective studies show no significant association between anticoagulation and increased risk of hemorrhagic complications, and that ICH due to anticoagulation after IE-related stroke is overestimated. Rasmussen et al. conducted a prospective cohort study of 175 S. auerus IE patients, of which 70 patients (40%, 95% CI 33-47%) experienced major cerebral events during the course of the disease [14]. Stroke was the most common complication (34%, 95% CI 27-41%), but the incidence of cerebral hemorrhage was low (3%, 95% CI 0.5-6%). None of the patients who experienced cerebral hemorrhage were receiving anticoagulant treatment. In fact, Rasmussen et al. found that patients receiving anticoagulation were less likely to have experienced a major cerebral event at time of admission compared to those not receiving such treatment (15% vs 37%, p=0.009). The indication for anticoagulation for the majority of patients in this study was prosthetic heart valves. Anticoagulation at the time of admission was associated with a significant reduction in the number of major cerebral events in patients with native valve IE (0 vs. 39%, p=0.008); however, this was not evident in those with prosthetic valve IE. In-hospital mortality rate was 23% (95% CI 17-29%) with no significant difference between patients with or without anticoagulant therapy.

An added complication to the picture is the decision for cardiac surgery in patients with IE who suffer a neurologic event. Except for clinically severe ICH, neurologic complications are not a contraindication for surgical treatment [5]. The decision to perform cardiopulmonary bypass remains controversial, as the surgery can cause/aggravate cerebral damage in several ways, such as ICH related to heparinization during the procedure, and possible hemodynamic worsening of the ischemic infarction (e.g. additional embolism, hypoperfusion) [5,15]. The timing of the surgery is also hotly debated, and evidence supporting surgical intervention is of limited quality and primarily based on observational studies. However, when needed, cardiac surgery can be performed promptly after a silent cerebral embolism or transient ischemic attack, but must be postponed for at least 1 month following ICH [8].

Despite controversy over anticoagulant therapy, recommendations regarding antiplatelet therapy are more clear-cut: antiplatelets are not recommended for patients with IE. In a double-blind, placebo-controlled trial comparing aspirin 325mg with placebo for 4 weeks in 115 IE patients, there was no significant decrease in the incidence of embolic events (OR 1.62, 95% CI 0.68-3.86) [16]. In fact, there was a trend toward more bleeding in the aspirin group (OR 1.92, 95% CI 0.76-4.86); and aspirin had no effect on vegetation size. While there are conflicting findings from observation studies regarding the use of chronic antiplatelet treatment before IE, in terms risks of death and embolic events, current available evidence suggests that antiplatelet therapy is not indicated in IE [17-19]. Patients on antiplatelet therapy for other indications may continue taking it, in the absence of major bleeding.

So where does this leave us? According to the most recent European Society of Cardiology guidelines, there is no indication to start anticoagulation in patients with IE [8]. For those already receiving anticoagulant therapy, and in which IE is complicated by ischemic or non-hemorrhagic stroke, the oral anticoagulant agent should be replaced by unfractionated heparin for 2 weeks. For those with ICH complication, all anticoagulation should be stopped, except for those with prosthetic valve IE in which case the recommendation is to reinitiate unfractionated heparin “as soon as possible” (no specified time-frame given in guidelines). Critically, the European Society of Cardiology guidelines acknowledge the low level of evidence supporting these recommendations.

Anticoagulation is undoubtedly a double-edged sword. Whenever cerebrovascular complications of IE are suspected, there should be low threshold to perform diagnostic brain imaging to rule out cerebral hemorrhage, which would definitively justify discontinuation of anticoagulation and likely postpone planned cardiac surgery. Repeat echocardiography and neuroimaging play an important role in management of IE patients. At this time, the lack of robust information on anticoagulant therapy in IE stresses the need for more large randomized controlled trials.