The Great Marijuana Debate – Effects on Psychosis and Cognition 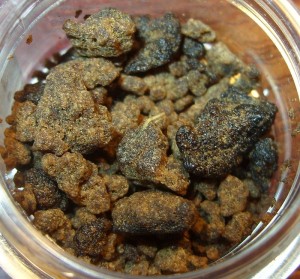 The heavily debated gradual decriminalization and legalization of marijuana will likely result in easier access for all ages. An informed debate has been stymied, however, by a lack of prospective data examining the various long-term effects of marijuana use on the brain, particularly among adolescents who use it heavily. This year, the National Institute on Drug Abuse (NIDA) initiated the “National Longitudinal Study of the Neurodevelopmental Consequences of Substance Use.” This study will follow a large cohort of children from age 10 onward and will examine the effects of exposure to nicotine, marijuana, alcohol, and other drugs on the developing brain. Though likely to provide a wealth of information, these data will not be available for many years.

The link between marijuana use and acute psychiatric symptoms has been known for years. Although transient psychosis and paranoia have been reported, the contribution of marijuana use to the development and exacerbation of chronic psychotic disorders remains under investigation. Several studies have shown that exposure to cannabis increases the likelihood of developing an overt psychotic state among individuals already at high risk for a psychotic disorder [1-2]. Additionally, Henquet et al demonstrated a negative impact of tetrahydrocannabinol (THC) on cognition and psychosis, conditional on an individual’s psychotic liability. There was also the suggestion of potential gene-environment interactions [3]. In a review examining 5 of the largest population-based studies, Arseneault et al found associations between cannabis use, particularly early and heavy use, and later schizophrenia outcomes, with an overall 2-fold increased risk of developing schizophrenia or schizophreniform disorder [2, 4-8].

Although a strong association has been observed, there is a lack of evidence demonstrating that marijuana use is necessary or sufficient grounds for the development of psychotic illness. Additionally, the vast majority of individuals who use marijuana do not develop a psychotic disorder. A recent study by Proal et al posited that the increased familial risk for schizophrenia was the driving force behind incident schizophrenia among those who use marijuana, not the use of marijuana itself [9]. This raises the question of whether marijuana use directly increases the risk of psychosis or if a genetic predisposition to schizophrenia escalates the likelihood of using marijuana. Last year Power et al demonstrated that at least part of the association between marijuana use and schizophrenia is indeed due to a shared underlying genetic etiology [10]. Future studies may be able to elucidate specific gene-environment interactions and identify which of the numerous compounds in marijuana is associated with schizophrenia and affects brain structure and development.

Current factors that have been shown to play a role in the influence of marijuana on psychosis include the age and plasticity of the brain, vulnerability to mental illness, and combination with other drugs. A large body of evidence already demonstrates the acute and non-acute effects of marijuana on learning, memory, attention, concentration, and abstract reasoning, though the underlying mechanisms and potential reversibility require further elucidation [11]. Harvey et al reported on a significant relationship between the frequency of cannabis use in adolescents aged 13-18 years and a decline in cognitive function [12]. Similarly, Meier et al found that persistent cannabis use in adolescence was associated with broad neuropsychological decline and lower IQ later in life, an association not confounded by additional drug use, socioeconomic status, education, or personality differences [13-14]. Furthermore, evidence of gross morphological brain changes among individuals with chronic, heavy cannabis use was recently reported by Lorenzetti et al, including evidence of smaller hippocampal and amygdala volumes [15].

The current data highlight concern for the potential detrimental effects of heavy marijuana use on the developing brain and the increased risk for, and exacerbation of, psychiatric disorders, particularly schizophrenia. Identifying those individuals with the propensity to develop cannabis dependence or addiction, particularly in adolescence, remains a challenge. Large gaps in our knowledge undoubtedly persist; however, it may be prudent to focus our efforts on keeping marijuana away from the brains of vulnerable youth. Doing so may prevent future neurological and psychiatric morbidities.