Exercise-Induced Rhabdomyolysis: How Fitness May Actually Be Hurting You 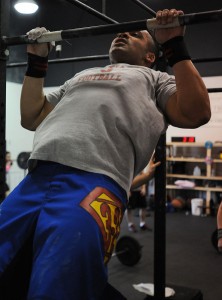 CrossFit and SoulCycle. To many people these words mean nothing. However, ask any twenty-something or college student and they will probably tell you they have participated in a class or two, or have a friend who participates. Depending on whom you approach, you might even get the sense that these are not just exercise classes, but more like a spiritual experience or a tight-knit community of like-minded individuals, all striving for physical excellence. Some have accused these programs of being well-disguised cults. Others claim they are life-changing and motivational. So which is it? And in either case, are they safe?

When one exercises a muscle, the fibers experience repetitive contraction and relaxation. The muscle cells use adenosine triphosphate (ATP, a high-energy nucleotide) to fuel this activity. Excessive exercise causes depletion of ATP, leading to an overload of free ionized calcium in the cytoplasm of the muscle cells. This causes a state of continuous contraction, further depleting the ATP. The excess calcium also activates proteases that cause rupture of the plasma membrane. The lysed, necrotic muscle cells release their contents, including myoglobin (which at high levels is nephrotoxic), into the bloodstream. Severe rhabdomyolysis can lead to fulminant kidney failure and death [1,2]. The diagnosis is made by elevations of creatine kinase (CK, a skeletal muscle enzyme) in the blood and myoglobin in the urine, which turns reddish-brown when myoglobin levels exceed 300 mcg/L.

A number of case reports in the last two decades discuss the impact of strenuous exercise on the development of rhabdomyolysis, kidney failure, and, in extreme circumstances, death.  As early as 1994, articles have described well-trained athletes experiencing soreness and muscle pain after strenuous training sessions in bodybuilding, leading them to seek medical attention. These office or ER visits often revealed elevated blood CPK levels and myoglobin in the urine. The major concern in these cases is that the muscle pain can easily go unrecognized and be brushed off as mere soreness, possibly obscuring a life-threatening diagnosis [3]. For those working with a trainer, there should be guidance over how much to do and what the body can tolerate at any given session. Today, however, we are facing an entirely different scenario.

Group classes have made it more palatable for those who would otherwise be couch potatoes to actually exercise. The classes are opportunities to get people involved and provide a social setting as well. Spinning–exercising on a stationary bike–has become a popular exercise option among young and old. Friends make “spin dates” for weekends and sometimes even for bachelor and bachelorette parties. Is “one-size-fits-all,” which is usually the approach in group classes, a safe approach to exercising?  A paper from 2004 discusses a 34-year-old woman in good physical condition who exercised 2-3 times per week with aerobic workouts. She participated in one spin class, presented to the ER with muscle pain, and was found to have a creatine kinase of 409,000 U/L, as well as elevated liver function tests [4]. If one spin class is capable of doing this to a healthy and active young person, then what may it be doing to others? Even more compelling evidence that spinning is not a safe exercise option comes from a 2014 article that discusses a more severe case. A 24-year-old female presented to the ER after participating in a spin class and developed not only rhabdomyolysis, but compartment syndrome [5]. Both women had attended their very first spin class, and both experienced significant complications. Spin classes are not the only culprit in this assault on healthy bodies, however.

CrossFit is a newer fad than spinning, but it has quickly gained momentum, with a huge following. It is a conditioning and strengthening program that incorporates weightlifting, plyometrics (jump-training), power lifting, and other high-intensity exercises. CrossFit has created such a craze in the fitness community that surely it must be known if rhabdomyolysis has affected any of its athletes, right? Unfortunately, not. One case report from 2014 discusses two men in their thirties presenting to the emergency room after intense CrossFit workouts. Both men had attended the same class on the same day, and presented with symptoms of muscle pain, soreness, stiffness, dark urine and abdominal pain. Their blood levels showed creatine kinase levels from 98,559 to 148,182 U/L upon admission. CK levels greater than 15,000 U/L are commonly associated with acute kidney injury.

The paper goes on to discuss possible reasons why CrossFit has not been cited as the reason for rhabdomyolysis in patients such as these. CrossFit and its proponents have argued that those who develop muscle breakdown such as this are simply not well-conditioned enough. This is not a CrossFit issue, then; it is an issue of people overexerting themselves in general [6].  The founder of CrossFit, Greg Glassman, wrote an article in CrossFit Journal about the reason why some participants may experience rhabdomyolysis. In his opinion, the rhabdomyolysis that CrossFitters endure is different from the syndrome we see in the medical field, so he has even renamed it “cold rhabdo.” He claimed that the sufferers left their training sessions showing “no signs of discomfort that were out of the ordinary.” Because these circumstances are so different from the classical presentation of rhabdomyolysis in the medical literature, it may not even be the same entity. In fact, “it seems abundantly clear that these folks were exposed to too much work…their previous training…all proved woefully inadequate at preparing them for sustained power output.” Essentially, only those who are well-trained in CrossFit can handle the exercises well enough to avoid rhabdomyolysis. What the founder of this organization is saying actually makes perfect sense: ordinary people, even those in pretty good shape, are not cut out for this workout. But, isn’t that somewhat of a problem in itself [7]?

Why should a workout be so strenuous that it can actually damage the muscles it is claiming to condition, and why is it only intended for the elite athlete? What is the purpose of an exercise program that is so focused on being uniform that it will not tailor itself to an individual need or even a “beginner level”? Spin classes may seem like a fun activity for friends, but if a beginner class is dangerous for a well-trained young woman, then how can anyone feel truly safe attending? Young, healthy people who exercise regularly rarely seek the advice of their doctor to go to just one spin class. While programs such as SoulCycle can be faulted for putting some customers at risk, at least they have not blatantly denied wrongdoing, as CrossFit has. CrossFit may claim they are doing no harm because they are simply proving that only they are fit enough to avoid muscle breakdown. Furthermore, their claim that their “rhabdo” is not the same entity is nonsensical. Muscle damage is muscle damage regardless of when symptoms occur relative to exercise.

As a former competitive figure skater, I trained 6 days a week for 3 hours a day not only on the ice, but also in ballet, Pilates, and weight training. I consider myself in great physical shape and yet I remain intimidated by the intensity of these classes. If a decade’s worth of athletic training is not enough to condition me for a CrossFit class, then the problem lies with them, not with me.  Pushing your body to the point of true life-threatening injury in the name of self-improvement is counterintuitive.  It is contradictory to strive for physical excellence while damaging the muscles we aim to perfect. We should always consult with our healthcare providers before embarking on a new physical endeavor, but also consult with ourselves during a class and know when we have reached our limit. The only yardstick that one should use is oneself. Going beyond what one has done before, regardless of how long that process takes, should be the challenge and the measure of success.