Presidential Politics-How Do the Candidates Healthcare Policies Measure Up? 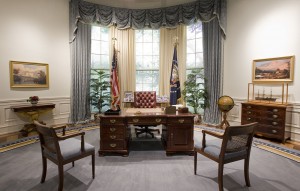 Donald Trump: Trump is still the national leader in the Republican Primary polls [1-3]. His healthcare positions are briefly described on his campaign website [4]. We will consciously avoid references to statements made earlier in his campaign unless he has re-emphasized those points on his website, as many are contradictory. Trump’s proposals include:

Ted Cruz: Cruz’s positions mirror that of Trump in that he would also like to repeal the ACA [11] and implement interstate purchasing and HSAs. However, unlike Trump, he specifically avoids references to medication pricing or Medicaid. Other portions of his plan include:

John Kasich: Kasich’s plan has a very different focus compared to the other candidates, however his public statements [16] and his political website [17] offer few specifics. Kasich’s outlined proposals include:

Hillary Clinton: Compared to their Republican counterparts, both Democratic candidates offer very specific healthcare policy proposals. Clinton, in particular, is vocal about her desire to maintain the ACA while drafting legislation to limit out-of-pocket expenses in the case of significant medical costs. Her proposed plan includes:

Bernie Sanders: Sanders’ proposals differ significantly from those of any other presidential contender. Specifically, he proposes expanding the ACA into a single-payer system [24]. His platform emphasizes the following points:

Several themes arise from a brief analysis of the candidates’ positions. First, the Republican leaders are unified in their desire to repeal the ACA and, in theory, lower the cost of healthcare through interstate insurance purchasing. Trump’s plan also addresses a longtime concern for international drug purchasing, which has also been espoused by leaders of each party at different times over the past several years. Kasich’s plan is unique in framing the problem as a provider-sided cost issue associated with the current reimbursement model; however, he has surprisingly few solutions to this problem.

Each of the Democratic candidates dedicate multiple public posts to their respective positions, highlighting the relative importance of healthcare in their agendas. Their plans also address fundamentally restructuring healthcare provision and coverage, though each candidate identifies and addresses a different set of problems. Irrespective of which candidate reaches the White House, it is imperative that we understand healthcare policy positions and how they impact physicians and patients. Ultimately, being politically involved can allow us to convert patient advocacy into permanent positive change.

One comment on “Presidential Politics-How Do the Candidates Healthcare Policies Measure Up?”