Breaking the Cycle: Shining a Light on Physician Depression and Suicide for the Next Generation 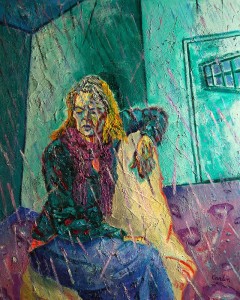 For decades, surveys and public data have shown staggeringly high rates of suicide, suicidal ideation, and depression among physicians when compared to the general population.1-4 Male doctors are 40% more likely to commit suicide than other men, and female doctors are 130% more likely to do so than other women, according to a 2004 analysis in the American Journal of Psychiatry.5 With expanded access to care and new regulatory requirements under the Affordable Care Act increasing pressure on doctors, a focus on physician health has never been more pressing. Research within the last decade has increased our understanding of psychological distress and associated burnout, depression, and suicidality among physicians, leading some institutions to proactively intervene and make programmatic changes.

Depression is at least as common among physicians as it is in the general population, affecting approximately 12% of men and 19.5% of women. A 2011 survey of 50,000 doctors and medical students in Australia found dramatically increased rates of psychological distress and a twofold incidence of suicidal ideation compared with the general population.6 The problem appears to start as early as medical school, where competitiveness, socially prescribed perfectionism, and fear of showing vulnerability, among other factors, contribute to stress and correlate with symptoms of depression and anxiety.7 About a quarter of medical students suffer from depression, half experience burnout, and one in ten consider suicide.8,9 Despite a variety of counseling and wellness programs offered by medical schools,7 students remain scared of stigmatization and negative effects on their careers if they seek help for mental illness, which can persist and worsen over a physician’s career.

Thomas Schwenk examined the perceived stigmatization of mental health issues among medical students in a study from the University of Michigan’s Department of Family Health. Of the 14% of students surveyed with moderate-to-severe depression, 53% reported concern that revealing their illness would negatively affect their career and 62% said asking for help would be a sign of inadequate coping skills.10

Evidence suggests that these concerns persist into practice. A recent survey of American surgeons found that 1 in 16 had experienced suicidal ideation within the past year but only 26% had sought professional help.  Over 60% of these respondents were reluctant to seek help, citing concerns that doing so would jeopardize their medical license.11 Research also suggests that as few as one in three physicians see a doctor for routine medical care, hindering screening efforts.12

Physician silence on mental illness prevents physicians-in-training from recognizing just how prevalent depression and suicidal ideation are among their peers, and perpetuates an unhealthy brand of stoicism. Recognizing this, some medical schools have begun incorporating physician-student dialogue on depression, burnout, and suicide into their curriculum.  In 2007, the University of Hawaii John A. Burns School of Medicine developed a lecture series addressing mental wellness in medical practice, with candid input drawn from the career experiences of their faculty.  In addition, students and faculty were trained to recognize symptoms of depression.  Anonymous student surveys before and after the intervention showed a 60% reduction in depressive symptoms and tenfold reduction in suicidal ideation.13

More recently, the University of California, San Diego School of Medicine enacted a school-wide suicide prevention program for faculty, residents, and medical students. Based on a successful Air Force campaign, the program stresses support from administration, increased awareness of available resources, and didactics on physician burnout, depression, and suicide for practitioners and students alike.14 It is the first program of its kind to simultaneously address the needs of faculty as well as physicians-in-training.

At least one school is working to educate potential medical students on these issues before they put on their white coats. Weber State University in Utah has designed a course for potential medical students called “Life in Medicine” taught, in part, by physicians.  During open discussions, doctors share the stressful as well as the rewarding realities of a profession spent caring for the physical and mental wellbeing of one’s patients.  One of the topics listed on the syllabus is “How to Avoid Suicide.”15

Medicine is a competitive, stressful field. It is a discipline that values hard work, self-sacrifice, and professional success.  All too frequently, the drive to be the best doctor one can be takes a tremendous toll on practitioners who feel incapable of requesting help.  Changing such an entrenched aspect of our professional culture will require immense effort.  Perhaps the most effective long-term strategy is focusing our attention on awareness of these issues among medical students to reduce stigma before it has an opportunity to take root.