Why It Isn’t So Cool To Go Gluten-Free 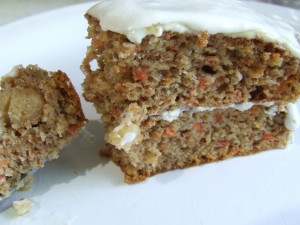 During a recent encounter with a 32 year-old female presenting for surgical clearance for knee surgery, the patient touted that she was in superb health, exercised daily, and even followed a “healthy” gluten-free diet, despite not having celiac disease. This patient is one of the millions of Americans that have jumped on the gluten-free bandwagon, which has been made popular with the help of athlete and celebrity endorsements. The idea that gluten is something that should be avoided has become so pervasive that approximately 1/3 of U.S. adults agreed with statement “I’m trying to cut back/avoid gluten in my diet,” according to a marketing research survey.[1]

Despite the common perception that a gluten-free lifestyle is healthier, a gluten-free diet is only recommended and proven to be beneficial in patients with celiac disease. Celiac disease is an autoimmune enteropathy that affects less than 1% of Americans. It results in an inflammatory enteritis when affected patients consume gluten protein, which is found in wheat, barley, and rye. [2] Many Americans without celiac disease are avoiding consuming gluten despite lack of medical evidence because they believe their intestinal and extraintestinal symptoms improve by eliminating dietary gluten, a condition known as “nonceliac gluten sensitivity”.[3] These patients may be sensitive to ingredients commonly found in gluten-containing foods other than gluten itself. Alternatively, individuals may simply feel better when they forego pizza and doughnuts for healthier options like salad and fish.  Patients may then incorrectly attribute their improved state of health to avoidance of gluten. Some follow gluten-free diets in the hope that it will cure them of common illnesses, such as irritable bowel syndrome, rheumatoid arthritis, and autism.[4]

The gluten-free diet has also captivated those attempting weight loss, and as many as 27% of consumers who eat gluten-free foods do so because they feel the products aid in their weight loss efforts.[5] It is true that if one eliminates gluten-containing foods, such as pasta and bagels, and replaces those foods with fresh fruits and vegetables, then one is more likely to successfully lose weight. However, many that follow the gluten-free weight loss plan substitute traditional starchy foods with highly processed gluten-free products and fail to consume fruits, vegetables, and lean proteins. To the surprise of many consumers, gluten-free flours, such as rice flour and cornstarch, typically have a higher glycemic index compared to wheat-based flours, which can exacerbate weight gain, insulin resistance, and glucose intolerance.[6] A study of packaged foods demonstrated that gluten-free products often contain more fat and sugar than gluten-containing counterparts, which may contribute to weight gain.[7] Additionally, those who purchase gluten-free products because they think they are healthier than comparable gluten-containing products, a belief held by 32% of the population in one study, are also being misguided.[8] Gluten-free products are often more refined than gluten-containing comparables and low in vitamins and nutrients, including fiber, iron, folate, niacin, thiamine, calcium, vitamin B12, phosphorous, and zinc.[9]

As this trend continues, it is inevitable that we will encounter patients inquiring about starting the diet or claiming that going gluten-free is the panacea for all their problems. When encountering a gluten-free eater, physicians should inquire about why the patient made the choice to avoid gluten, as this may shed light on other symptoms or goals. This may also provide an opportunity for physicians to educate patients on misconceptions regarding weight loss and the nutritional value of gluten-free products. Now that our patients get a constant stream of dietary and health advice of varying reliability, our role in promoting healthy lifestyles and sensible decision making is more vital than ever.