The Rising Tide of Food Allergy 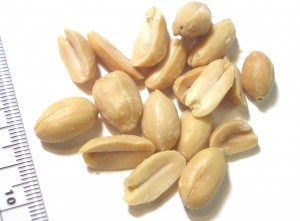 Food allergies affect approximately 8% of children and 5% of adults, with a steadily increasing prevalence [1].  Risk factors for the development of food allergy are numerous and include genetics, sex, and ethnicity [1, 2]. Indeed, children with a parent or sibling with peanut allergy are seven times more likely to develop a peanut allergy of their own, and peanut allergy demonstrates a 64% concordance rate among monozygotic twins as compared to 7% among dizygotic twins [3, 4]. The influence of sex on allergy shifts with age, with a much higher rate of allergy seen in males during childhood and in females during adulthood, suggesting a possible hormonal impact on allergy development [5, 6].  Among ethnic groups, non-Hispanic black subjects demonstrate the highest prevalence of food allergy, though in the past ten years rates have increased most significantly among Hispanic children [7].

During an allergic food reaction, a deregulated immune system ramps up an inappropriate response to a small amount of a harmless ingested allergen.  Though not fully elucidated, a complex genetic-environmental interplay likely underlies this pathogenesis.  For example, breast-feeding and levels of vitamin D have both been purported to influence development of food allergy; however, these effects depend on the presence or absence of certain genetic variants and polymorphisms [8, 9]. Likewise, food allergy can both precede and result from alterations in the gut microbiome, the intricate and dynamic environment of thousands of microorganisms residing within the gastrointestinal tract.  Notably, mode of birth, diet, hygiene, and medication use can all affect the composition of this microbiome [10].

As the aforementioned genetic, sex, and ethnic risk factors remain static or are very slow to evolve on a population level, the question remains as to why food allergies appear to be on the rise.  One such theory centers on the hygiene hypothesis: reduced exposure to microbes during childhood results in defective immune system regulation and in the development of immune-mediated diseases including asthma, dermatitis, rhinitis, and food allergy later in life.  Large-scale societal changes that have reduced individual exposure to microbial antigens include improved sanitation, cleaner water and food sources, decreased prevalence of Helicobacter pylori infection, and decreased helminth infestation.  Consistent with this theory, rates of food allergy are highest in developed countries [11].  Furthermore, children raised on traditional farms, with heightened microbe exposure through contact with livestock and unprocessed milk, demonstrate a decreased incidence of allergic disease [12].  In this vein, probiotics, supplements that introduce potentially beneficial bacteria into the gut microbiome, are gaining traction as a potential therapy for allergic disease.  Forsberg et al recently demonstrated improved immune regulation with lowered allergen responsiveness among infants who received pre- and post-natal probiotic supplementation [13].

Antibiotics can also significantly alter the composition of the gut microbiome and may thus play a large role in food allergy development, especially given their current over-prescription [14].  An association between both maternal and child use of antibiotics has been found with cow’s milk allergy [14], and a large prospective birth cohort study found a positive relationship between antibiotic use and development of allergic disease [15]. Interestingly, administration of the gut bacteria class Clostridia, commonly found in the human gut, abolished peanut allergy in mice [16].  Though further testing and drug development are needed, this finding is an exciting development for potential allergy therapeutics, and also lends weight to the theory that antibiotic-mediated alteration of the gut microbiome has likely contributed to the allergy rise.

Additional evidence has demonstrated that trends in diet and environmental exposure may partially explain the increasing food allergy prevalence.  Lower levels of vitamin D, as a result of more time spent indoors, have been associated with the increased prevalence of asthma and allergy, with maternal intake of vitamin D during pregnancy shown to have a protective effect [17].  A western diet, low in fish and vegetables, along with a concurrent increase seen in childhood obesity, are also thought to contribute to allergy development, likely through a systemic inflammatory pathway [18].

Though not feasible to raise all children on farms, we may do well to heed the medical backlash against antibiotic overuse, encourage more outdoor play and exercise, and consider probiotic supplementation in the future.  It’s okay to get your hands a little dirty.