Gamechanger? Can Pioglitazone Reduce Cardiovascular Events After a Stroke? An Analysis of the IRIS Trial 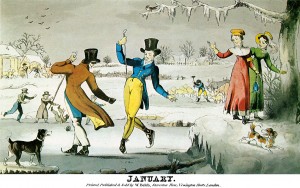 Welcome to Gamechangers, a series that takes a critical look at the latest in medical literature to answer one important question: would the results of this article change my practice? Featuring thorough evidence-based review as well as expert commentary, our aim is for this series to help you decide if the results of a given study are, in fact, a gamechanger

A 64 year old woman with pre-diabetes, hyperlipidemia, and hypertension on aspirin, losartan and simvastatin, recently was diagnosed with a TIA and is now seeing you for follow-up. She asks you if there are any medications that could reduce her risk of another stroke. Assuming you are already managing her HLD and HTN, what are your options? Would a thiazolidinedione (pioglitazone) decrease her risk of stroke?

Why does this matter?

Even with optimal medical therapy, survivors of ischemic stroke and TIA are at higher risk of myocardial infarction and recurrent stroke [1], and over 50% of non-diabetic patients who have had an ischemic stroke or TIA have insulin resistance [2]. The Prospective Pioglitazone Clinical Trail in Macrovascular Events (PROactive) showed that in diabetics with cardiovascular disease, patients taking pioglitazone had a reduction in risk for recurrent strokes and MI [3,4]. This is postulated to be due to its effects on the PPAR-γ and PPAR-α receptors, which model transcription of genes that affect insulin sensitivity, fat distribution, plasma glucose, lipid and protein metabolism, vascular endothelial function, and inflammation [2]. Given these mechanisms, what if we could intervene in patients with insulin resistance that don’t (yet) have diabetes and prevent recurrent stroke or MI by giving them pioglitazone?

The Insulin Resistance Intervention after Stroke (IRIS) trial was a randomized, double-blind, placebo-controlled study that took place between 2005 and 2013 and enrolled patients from 179 hospitals worldwide. It was funded by the U.S. National Institute of Neurological Disorders and Stroke, Takeda Pharmaceuticals provided the pioglitazone and placebo. Patients over age 40 with recent ischemic stroke or TIA in the prior 6 months who also had insulin resistance (measured as HOMA-IR over 3.0) were eligible for the study. Patients with diabetes (defined as HA1c > 7% or fasting glucose > 126mg/dL, or on medication), congestive heart failure, peripheral edema, elevated ALT, anemia, recent carotid revascularization, use of OCPs or steroids, history of bladder cancer, risk factors for bladder cancer (hematuria, etc) were excluded.

Patients were randomized to pioglitazone 15mg daily or placebo. The dose of pioglitazone was increased every 4 weeks to eventually achieve the maximum dose of 45mg daily. The doses were reduced as needed to manage side effects, and adherence was monitored. Participants were followed for a total of 5 years, and contacted every 4 months with yearly in-person assessments.

The primary outcome was a composite outcome of first fatal or nonfatal stroke or myocardial infarction. Secondary outcomes were stroke, acute coronary syndrome, all-cause mortality, diabetes, cognitive decline from baseline, and lastly, a composite of stroke, MI or heart failure requiring hospitalization. Importantly, for the composite outcomes, only the first event was counted for each patient—meaning that if a patient had a stroke and later an MI, they only counted the stroke. In the secondary outcomes that were not composite outcomes, all events that happened were counted. Selected safety events that were included were bone fracture, macular edema, and cancer.

What were the study results?

A total of 3,876 patients were included in the study. The average age of the enrolled patients was around 63 and both groups were very similar in characteristics, including average HA1c of 5.8% (corresponding to HOMA-IR around 4.6), and type of stroke prior to the trial. In both groups, 95% only had mild neurologic impairment and there was no one with severe or very severe impairment. Median follow-up time was 4.8 years.

What were the flaws of the study?

Overall, this study was a large, multicenter, randomized control trial that posed a clinically relevant question and demonstrated significant results with adequate power. There are some limitations to the study. First, the overall event rate was very low and the investigators had to extend their recruitment time to achieve adequate power. Second, most of the patients were white, had only mild cognitive deficits, and met rigorous inclusion and exclusion criteria, limiting the generalizability of the results. Third, the composite endpoint as a primary outcome is problematic; when stroke and ACS were analyzed separately as secondary outcomes and included all events (not just the first event), the differences were no longer significant and this should be interpreted with caution. Fourth, although the pathophysiology leading to risk reduction is plausible, the credibility of the association is threatened by the fact that patients with lower medication adherence actually had a higher risk reduction than those with better medication adherence.

IRIS is the first trial to test an insulin-sensitizing intervention on CV outcomes in non-diabetic patients with recent stroke or TIA. Thiazolidinediones had previously fallen out of favor given associations with liver toxicity, congestive heart failure, fractures, and bladder cancer [5], but based on this study, they could potentially play a role in the secondary prevention of cardiovascular events in patients with known CVD and insulin resistance, especially in patients without significant cognitive dysfunction or other serious comorbidities.

Is this study a gamechanger?

We asked Dr. Ira Goldberg, Director of NYU’s Division of Endocrinology, Diabetes, and Metabolism, his opinion on how this trial fits into clinical practice.

Clinicians have struggled for decades to find therapies that would reduce vascular diseases in patients with type 2 diabetes and its precursor, the metabolic syndrome associated with insulin resistance (see Dr. Semenkovich’s editorial titled “Insulin Resistance and a Long, Strange Trip” [5]). Within the past year two landmark studies, IRIS and EmpaReg, have shown that metabolic approaches will reduce cardiovascular events. But in this study, IRIS, was the effect of pioglitazone due to changes in the insulin/glucose axis? Preclinical studies have demonstrated that PPAR-γ activation reduced macrophage inflammation and atherosclerosis in genetically modified mice. Moreover, these PPAR-γ receptor agonists have direct vascular effects; these effects include vasodilation and reduction in blood pressure. Many vascular biologists would interpret IRIS results as the first demonstration that directly targeting either macrophages or the artery can affect outcomes in patients with disease. Indeed, this is a landmark study.

What about the patient described above? PPAR-γ agents, like other drugs that increase insulin actions, cause weight gain. And because PPAR-γ is a central transcription factor that drives adipogenesis, the weight gain is sometimes impressive. Pioglitazone, the most widely prescribed of these drugs because of its more favorable effects on circulating lipoproteins, had fallen from favor as clinicians questioned the wisdom of treating patients with obesity-driven insulin resistance with a drug that further increased obesity. Moreover, new drugs such as GLP1 receptor agonists and SGLT2 inhibitors provide glucose reduction with the potential for weight loss. But now we have a clinical trial showing a benefit of pioglitazone and unless a subsequent trial is contradictory, it appears that the drug should be given to patients who are similar to those in IRIS. One could ask whether the population should be expanded and pioglitazone given to all stroke patients whether or not they have insulin resistance or diabetes. Future trials will be needed to answer this question. In the meantime, I think IRIS resuscitated this class of medications and will expand their use in patients with diabetes, prediabetes and vascular disease who do not have heart failure or other contraindications.

You discuss the risks and benefits of starting pioglitazone with your patient. She has no neurological deficits and has no history of heart failure or bladder cancer risk factors. She is very nervous about having a stroke and is willing to accept the risks of weight gain, fracture, and others you have discussed, so you start her on pioglitazone 15mg daily with close follow-up.