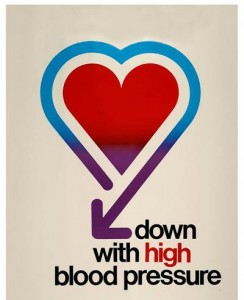 Approximately 32% of American adults have high blood pressure (>140/90 mmHg),1 or hypertension, and only 54% of these individuals have well-controlled hypertension.2,3 Hypertension costs $48.6 billion each year in healthcare services, medications, and missed days of work. Additionally, one in three Americans have pre-hypertension (120-139/80-89 mmHg) and are considered at risk for developing hypertension.1 These individuals benefit from management of risk factors with changes in diet (reduced sodium), weight loss, increased physical activity, and smoking or alcohol cessation. On the other hand, patients with persistently increased blood pressure despite concurrent use of three or more antihypertensive agents have resistant hypertension. Resistant hypertension is prevalent in 12.8% of patients treated with antihypertensive medications.4 Individuals with prehypertension and resistant hypertension may benefit from alternative nonpharmacological approaches to lowering blood pressure. In addition to aerobic exercise and dietary modifications, slow and focused breathing such as with yoga, meditation, and stress-reduction breathing exercises have shown success in treating hypertension.

The pathogenesis of hypertension is multifactorial and secondary to genetic, dietary, and environmental factors that affect cardiovascular and renal structure and function. Baroreceptors sense stretch in response to an increase in blood pressure and activate a baroreflex that inhibits sympathetic activity and stimulates parasympathetic activity. This results in decreased peripheral resistance, relaxation of blood vessels, decreased blood pressure, and decreased heart rate. In hypertension, the baroreflex is reduced or reset, which diminishes its ability to sense stretch and suppress sympathetic activity.5 In fact, electrical activation of the baroreceptors has been shown to lower blood pressure in patients with resistant hypertension.6 Additionally, exercise enhances baroreceptor sensitivity and lowers renal sympathetic nerve activity and angiotensin II serum levels.7 As in hypertension, patients with heart failure have lower baroreceptor sensitivity compared to control patients.8

Device-guided respiratory exercises to practice controlled slow breathing reduce blood pressure in hypertensive patients.10,11 The FDA has approved use of RESPeRATE, an over-the-counter electronic device that guides slow-paced breathing to achieve respiratory frequency <10 breaths per minute, for use in stress reduction and adjunctive treatment to lower blood pressure. RESPeRATE uses a belt around the chest to monitor respiratory rate, and uses musical tones and instructions to train the user to breath comfortably at a lower respiratory rate.  The manufacturer recommends using the device 15 minutes each day, with reported reduction of blood pressure after 1-2 weeks of regular use.  Clinical trials and meta-analyses have shown that RESPeRATE significantly lower blood pressure.  One limitation is that the device is costly in the US (over $200). Another limitation of the RESPeRATE clinical studies is the short duration of the trials, the longest being nine weeks. Therefore, the long-term efficacy of the device and its effect on stroke, myocardial infraction, and death rates is unknown. It is unknown whether patients can maintain the slow breathing techniques in the absence of the device in the long term.

The cost and side effect profile of antihypertensives and the lack of pharmacological options for individuals with prehypertension and resistant hypertension have ignited interest in nonpharmacologic therapy for alternative or adjunctive use.  In 2013, the American Heart Association released a scientific statement to summarize current alternative blood pressure- lowering alternatives and to provide recommendations for implementing alternative approaches into clinical practice.12 They recommended that device-guided slow breathing is useful and effective for lowering blood pressure and has stronger supporting evidence than acupuncture, meditation, yoga, and relaxation techniques.12 However, they noted that larger investigations will be needed to provide more evidence on the long-term effects on blood pressure to gain a stronger recommendation.12 Despite the absence of larger and longer clinical trials, it is clear that slow breathing techniques are beneficial for safely decreasing blood pressure and should be considered as adjunctive therapy for the management of hypertension.

By Omotayo Arowojolu, Class of 2018, NYU Langone School of Medicine