Age Is Just a Number: Combating Muscle Loss in The Elderly 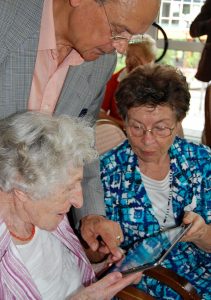 The term “sarcopenia” was introduced in 1989 to characterize the loss of muscle mass that occurs as a consequence of advancing age.1 Use of the term has since grown to include the loss of muscular function experienced in older adults.[1] The prevalence of sarcopenia is estimated to be approximately 29% in community-dwelling older adults and 33% in individuals living in long-term care institutions.[2] Sarcopenia is linked to increased morbidity and mortality from physical disability, increased falls and fractures, decreased quality of life, and higher incidence of depression and hospitalizations.[2] This condition contributes to a significant financial burden on the US healthcare system, with estimated costs in the year 2000 exceeding $18.5 billion.[3] Furthermore, the decline in physical fitness seen in sarcopenic patients has been associated with increased all-cause mortality.[4]

Given that current census estimates project a more-than doubling of the US population over the age of 65 by 2060, physicians will need to become adept at diagnosing and treating sarcopenia.[5] What strategies are currently available for the diagnosis and treatment of this condition in the primary care setting?

The most comprehensive diagnostic criteria for sarcopenia were proposed by the European Working Group on Sarcopenia in Older People (EWGSOP) in 2010.[6] Their diagnostic algorithm suggests first measuring both gait speed and grip strength and then assessing muscle mass in patients who perform poorly in either of these areas.1 Assessing a patient’s gait speed and grip strength is feasible and easy to complete during a standard office visit. Substandard performance in either of these tests has been linked to increased risk of disability, hospitalization, and mortality.4,7 The EWGSOP has suggested cutoff values of 0.8 m/sec for gait speed and 26 kg and 16 kg for grip strength in men and women, respectively. Gait speed can be assessed by a timed walk and grip strength can be measured with a simple and inexpensive device called a dynamometer.

Several possible techniques exist for assessment of muscle mass, including anthropometry, bioelectrical impedance, and dual energy X-ray absorptiometry (DEXA).1 Of these options, DEXA scans are the most reliable and accurate method of measuring lean muscle mass, but their use requires access to appropriate imaging equipment.1 The EWGSOP has suggested cutoff values for relative skeletal muscle mass as two standard deviations below the young adult mean for either gender (7.26 kg/m2 for men and 5.45 kg/m2 for women).[1] The combination of decreased muscle mass and decreased grip strength or gait speed makes the diagnosis of sarcopenia.

Once the diagnosis is made, several potential treatment options have been suggested to restore functional status and offset further decline. The most promising of these include exercise, diet, and supplementation. With respect to exercise, the best evidence available supports the implementation of a high-intensity resistance training program, with sessions 2-3 times a week.[1] A 2009 Cochrane review concluded that progressive resistance training in older adults leads to improvements in gait speed and getting out of a chair.8 Additionally, a significant improvement in muscular strength as well as reduction in osteoarthritis-related pain was observed.[8] An average of five months of resistance training demonstrated a 1.1 kg increase in lean body mass in aging adults.9 Given the prevailing attitude that seniors are not able to actively improve in muscular strength or lean mass, these data are encouraging.

Considered factors for nutrition in sarcopenia include adequate caloric intake, amount of protein in the diet, and the effect of vitamin intake.1 Available data examining the effect of nutrition on muscle function are poor in quality, and demonstrate mixed results when assessing the effect of protein intake on increases in strength and muscle mass.[10] Despite the inconclusiveness of available data, several observational studies suggest a benefit from ensuring adequate protein intake in seniors.2 Furthermore, the recommended dietary protein allowance (0.8 g/kg) may be inadequate for older adults.[2,11] Some authors have suggested a goal of 1.2 g/kg due to a blunted anabolic response to dietary protein observed in seniors.2 The notion that high-protein diets adversely affect kidney function in healthy individuals has largely been debunked. Therefore, in the absence of renal impairment it seems reasonable to maximize dietary protein intake in older adults.12

Other nutritional supplements have demonstrated some benefit in sarcopenic patients.2 Vitamin D appears to have a small but significant effect in global muscle strength, particularly in patients over 65 years of age or those deficient in vitamin D.[13] Creatine is a widely-used and well-tolerated supplement that has demonstrated an additive benefit to resistance training in older adults.14 A meta-analysis of available trials concluded that creatine supplements led to increased fat-free mass and increased strength in chest press and leg press exercises.[14] Intriguingly, creatine supplementation has been observed to enhance muscular strength, improve functional status, and increase bone density in the absence of resistance training.[15] Vitamin D and creatine are economical and safe supplements that may be of benefit to offset sarcopenia with or without the addition of an exercise program.

Finally, considering the natural history of muscular development and attainment of strength over the course of a lifetime, all persons will reach a peak in development followed by eventual muscle loss. It stands to reason that the greater the “peak” values and the slower the rate of decline, the greater an age a person will attain before they become sarcopenic. Given this conclusion, we should not only screen patients for sarcopenia and suggest interventions, but we should encourage all of our patients to build and maintain as much muscle as possible while they are young.

In conclusion, sarcopenia is a prevalent condition in older patients reflecting loss of muscle mass and function and contributing to decrease in functional status and increase in mortality. Providers should routinely screen older patients for muscular status and recommend progressive resistance training, adequate protein intake, and dietary supplementation in those patients at risk. Moreover, we should encourage all of our patients to battle against the constant march of muscular atrophy.