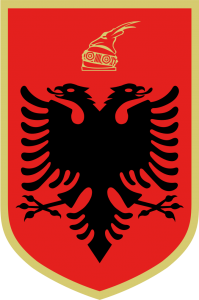 I was born in the late 1980s, a relatively fortunate time in Albanian history, considering that Enver Hoxha (1908-1985), the most xenophobic communist dictator of the Eastern European bloc, had recently died and the country was on the verge of transformative demonstrations. My parents, on the other hand, were born in the 1950s during the first decade of the establishment of the Communist regime. Over the four decades of the dictator’s rule, he became increasingly paranoid, managed to break ties with the Soviet Union and China, and turned the country into the most secluded in the world. My family’s stories about life, health, and healthcare in that era provoke in me a wide range of positive and negative feelings, but have also provided me with insight into the circumstances of that time. This insight, I believe could provide our generation of caregivers with a better understanding of the mentality and needs of patients who grew up in similar regimes throughout Eastern Europe.

The first school of medicine was built in Tirana in 1959 and employed professors who had received their training in other Eastern European countries. While their knowledge, professionalism, and clinical acumen were admirable, they were burdened with a depreciated and extremely underfinanced health care system, with outdated technology and poor infrastructure. Healthcare in Albania during Communism was based on the Soviet-type Semashko model1 and was free, since it was centrally owned and directed by the government. A political committee chose the healthcare providers for each city or village, creating an extensive primary health care system of internists and midwives that covered immunizations, postnatal care, etc. Since there was only one severely understaffed and overcrowded hospital per city, house calls for very ill patients were common. There was also one centralized clinic of subspecialists, but again understaffing led to the internists being responsible for diagnosis and management. I remember a time when my family and I were moving from one neighborhood to another, which meant that health care paperwork was in transition as well.  To our surprise, the many impatient knocks on our new front door belonged to our former neighborhood nurse, who apparently had been using her detective skills for almost a month for a very crucial purpose, namely the administration of my brother’s measles-mumps-rubella vaccine. Vaccination at the time was mandatory and rigorously enforced by the neighborhood nurse.

Thanks to the political agenda of seclusion,4,5 Albania was one of the poorest countries in Europe and nutrition was dismal. The government rationed the amount of food available for purchase per family; for example, a family of 5 could only buy 2 pounds of meat per week, 10 eggs, 2 liters of oil, etc. In order to be able to buy milk daily, a member of the family had to wake up at 4 in the morning and wait in line at the store; otherwise, availability was so low that your chances of being able to buy milk were slim. Vegetables were similarly in low supply; therefore you had to wait in line for hours to purchase them and many times you had no choice but to take whatever was left. People mainly relied on beans, bread, and cabbage to feed themselves. Malnutrition and poor health services led to high infant mortality rates, although it is hard to determine the extent of the problem, since life expectancy and infant mortality data were manipulated by the Communist regime to ensure continued brainwashing of the population.6

The regime had an aggressive pronatalism policy where women were offered a cow and the title of “heroic mother” if they had six or more children. This policy was quite successful in the more rural areas of the country and was most likely devised to increase the population count to conceal the high infant mortality rates and malnutrition that plagued the country. Birth occurred in birth centers with 5-7 patients per room and no family members or husbands allowed (to improve cleanliness). The fathers would be instructed to wait outside of the center to receive news of their baby through the mother’s room window. Natural birth was the most common type of birth and pain medications during a natural birth were deemed unnecessary. My mother recalls her high-risk pregnancy with me, where her doctor tried a new technique of cervical cerclage, didn’t remove all the threads appropriately, and let her go through a natural delivery attempt in vain for a whole day due to the high risk of a cesarean section in those times due to lack of technology and pharmaceuticals (an ultrasound was still a dream of the future!). When the decision was made to do a cesarean section, the doctor found that there was not enough oxygen in the operating room. Since there were no phones available, one of the diligent and multifaceted nurses had to track down the oxygen warehouse manager to retrieve the key and access the oxygen tanks for surgery, which finally occurred many hours later.

There was little personal freedom with regard to end-of-life decisions. My parent’s generation was raised in a system where medical care was politically imposed. Even now, the Albanian health care legislature has no provisions on withdrawal of care, and medical teams can’t refrain from intervening even if the patient requests discontinuation of treatment, since there is no legal infrastructure for living wills, advanced directives, or proxies. 2

As if this wasn’t enough, as First Secretary Hoxha became more and more paranoid, he built an extensive security apparatus centered on the “secret police.” This was comprised of average citizens who vouched to spy on their neighbors in exchange for perks. This system allowed him to penetrate the homes as well as the minds of Albanians. The foundation of his propaganda was based on the paranoid delusion that foreign countries were planning to attack Albania. This further substantiated the need for the eradication of any foreign-induced anti-Communist thoughts harbored by any citizens. Imagine that at all times, your neighbor would be listening closely to your conversations and reporting anything you might say that was considered to be anti-regime, which would then provide the government with grounds for imprisonment. Political murders, imprisonment without evidence, forced-labor camps, exile and torture of opponents, and mandatory military training for everyone had become the new norm. 3

Due to these traumatic experiences, Albanian immigrants in the United States of this generation may be in need of more extensive education about available healthcare choices. The Albanian healthcare system in transition today is still troubled by this same depreciated and underfinanced healthcare infrastructure, suboptimal leadership, and haphazard pharmaceutical coverage plans. Although formal studies are lacking, it is easy to imagine that heightened psychological stress for many decades would lead to epigenetic changes that might increase the rates of depression, schizophrenia, and personality disorders. Therefore, try to be open-minded and empathetic to your next Eastern European patient, who may or may not understand that you are anyone other than the neighborhood nurse.