How Diabetes Differs in the East Asian Patient: Implications for Diagnosis and Treatment 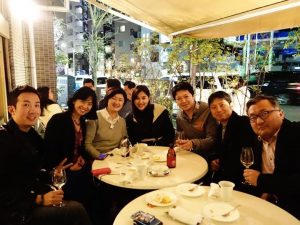 Once considered a disease of the West, type 2 diabetes mellitus is now a global epidemic whose incidence correlates with economic growth. This is evident in Asian countries with recent rapid economic development and increasingly sedentary lifestyles that are experiencing a diabetes epidemic. In China, diabetes prevalence increased from 1% in 1980 to 9.7% in 2010.1 Similarly, in Korea it increased from 0.9% in 1971 to 9.9% in 2009.2 These prevalence rates now equal that of the US, with the most recent CDC report estimating that 9.4% of Americans have diabetes, with a higher prevalence in Asians compared to non-Hispanic whites.3

The pathophysiology of diabetes differs in Asian patients. Studies of diabetes, generally based on Caucasian patients, propose the mechanism of insulin resistance, initial pancreatic beta cell compensatory response, and eventual beta cell exhaustion. However, a study of diabetes in Japanese subjects by Yabe and colleagues4 found that, compared with Caucasians, decreased insulin secretion contributes more to hyperglycemia than does insulin resistance (see Figure 1). The insulinogenic index, a marker of beta cell function that measures insulin and glucose levels following a glucose challenge, was lower for Japanese subjects with normal glucose tolerance, impaired glucose tolerance, and with type 2 diabetes, than it was for Caucasians.4 Conversely, insulin resistance as measured by the homeostasis model assessment (HOMA-IR), was higher in the Caucasian patients. This finding of early insulin secretion failure playing a primary role in type 2 diabetes with has been corroborated in other studies of East Asians.5,6 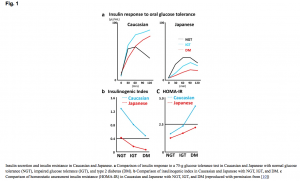 Figure 1. Insulin secretion and resistance in Caucasian and Japanese

Image reproduced with permission from Yabe and colleagues.4

Diabetes in Asians also presents differently, with important implications for diagnosis and treatment. It is characterized by younger age and lower body-mass index (BMI), but increased abdominal and visceral adiposity that is 3-5% higher in an Asian than in a Caucasian with the same BMI.7,8 A 1999 Hong Kong study that has since been corroborated found that diabetic risk factors increased at a BMI of 23 kg/m2 (see Figure 2).9 Therefore, the International Obesity Task Force and International Association for the Study of Obesity defines overweight in Asians as a BMI >23 kg/m2, and obesity as a BMI >25 kg/m2, because the risk of developing diabetes increases from 22 to 25 kg/m2. This is stricter than the international classification, where overweight is a BMI >25 kg/m2 and obesity begins at a BMI >30 kg/m2.10 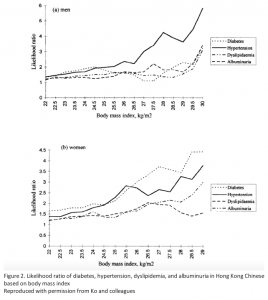 Reproduced with permission from Ko and colleagues.9

Fasting blood glucose and HbA1c are the primary tests in the diagnosis of diabetes, while the gold standard oral glucose tolerance test (OGTT) is not traditionally recommended by the American Diabetes Association. However, in China’s most recent epidemiologic study of diabetes, up to 44% of Chinese men and 50.1% of Chinese women with diabetes had normal fasting glucose (implying normal insulin sensitivity) but isolated increased two-hour blood glucose (from beta-cell dysfunction).1 When correlating HbA1c to the OGTT, an HbA1c cutoff of 6.3% was more sensitive than the American standard of 6.5% for diagnosing undetected diabetes in Chinese adults.11 These studies suggest that the selection of diagnostic tests and cutoff values used in the US should be modified for Asian patients, especially given that normal fasting glucose levels may mask diabetes that would be found using an oral glucose challenge test.

The cornerstone of treatment for type 2 diabetes is lifestyle intervention, including dietary modifications. Hsu and colleagues recently studied the effect of transitioning Asian Americans and Caucasian Americans from a traditional Asian diet to a traditional Western diet (TWD).12 TAD consisted of 70% carbohydrate, 15% protein, 15% fat, and 15 grams of fiber/1000 kcal, while TWD contained 50% carbohydrate, 18% protein, 34% fat, and 6 grams of fiber/1000 kcal. The authors reported weight loss and improved insulin sensitivity in both groups on the TAD. The high fiber and low fat combination decreases glucose absorption and improves insulin response.13 When Asian Americans were transitioned to TWD, they had elevated body fat and trunk fat with a rise in insulin, despite insignificant weight gain. Caucasian Americans transitioned to TWD had significantly increased weight, body fat, and trunk fat with no significant change in insulin resistance. This suggests that Asian Americans and Caucasian Americans respond differently to the same diet and implies that at-risk East Asian patients may especially benefit from transitioning to TAD.

Pharmacologic treatment of diabetes also differs. East Asians with diabetes are more commonly prescribed alpha-glucosidase inhibitors (acarbose and miglitol), which prevent the breakdown of polysaccharides to digestible monosaccharides and are particularly effective in reducing postprandial hyperglycemia caused by impaired insulin secretion and high carbohydrate intake.14 Despite evidence from the STOP-NIDDM trial15 showing that acarbose lowered the risk of cardiovascular disease and hypertension in patients with impaired glucose tolerance, alpha-glucosidase inhibitors are used infrequently in Western countries. A Chinese post-marketing surveillance study found that acarbose 50 mg PO three times daily lowered HbA1c by an impressive 1.4% and 2-hour postprandial blood glucose by 98.9 mg/dL.14 Acarbose was also much better tolerated in Chinese patients, with a 2.1% discontinuation rate from adverse events, compared to British patients in the United Kingdom Prospective Diabetes Study (UKPDS), which had a 61% discontinuation rate, mostly from flatulence and diarrhea.14,15 In a meta-analysis of randomized controlled trials of direct comparisons of metformin and acarbose in the English and Chinese literature, Weng and colleagues found no difference in glucose control between the two drugs.16 They concluded that metformin monotherapy, the drug of choice in the US, is at least as effective as acarbose monotherapy. That they used acarbose as the standard highlights its popularity in East Asia, where it appears to be more effective than in European and American patients.17

A second class of drugs favored in Asia are the dipeptidyl peptidase-4 (DPP-4) inhibitors, which increase insulin by inhibiting an enzyme involved in insulin’s degradation. Like acarbose, they have a postprandial effect. Not only do they have superior glucose-lowering efficacy in Asians, reducing HbA1c by 0.26% more in Asians compared to non-Asians, but in Asian-dominant studies, their efficacy correlates with a lower BMI, an effect not seen in non-Asian-dominant studies.18

Despite its global presence, diabetes mellitus type 2 is not universally the same. In Asians, it presents with a greater component of beta-cell dysfunction and postprandial hyperglycemia. Consequently, treatment in Asia focuses on postprandial glucose control by using alpha-glucosidase inhibitors and DPP-4 inhibitors. Without large-scale studies of diabetes in Asian Americans, it is difficult to definitively attribute this difference in pathophysiology to genetics. Nonetheless, given Asia’s economic development and embrace of the Western diet, it would be reasonable to assume that the presentation of diabetes in Asians has a strong genetic component. Given globalization, increased East-West exchange, and a growing Asian American population, it is important to understand how a common, chronic disease like diabetes may present differently in patients of Asian descent and how it can be more optimally managed in these patients.

By Sophia Chen is a 2nd year medical student, NYU School of Medicine