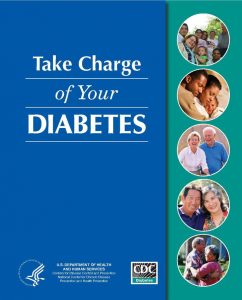 Metformin has been the first-line drug in type 2 diabetes for over a decade, but its possible benefit in type 1 diabetes (DM1) is still a matter of study. The American Diabetes Association lists metformin as an investigational agent that may reduce insulin requirements in DM1, but it is not FDA-approved for that use. REMOVAL, a 2017 multicenter double-blind placebo-controlled study, studied metformin in adults with DM1.

It is biologically plausible that metformin could have a role in DM1. Metformin, a biguanide, works by several mechanisms, including inhibition of gluconeogenesis and reducing insulin resistance. Importantly, in the UKPDS 34 study it was shown to reduce macrovascular complications and mortality in type 2 diabetes.[1] Insulin resistance, the hallmark of type 2 diabetes, is often present in patients with DM1, especially in patients who are obese.[2] Considering that the incidence of obesity has increased among type 1 diabetic children, adolescents, and adults, insulin resistance is a reasonable target of intervention.[3]

Metformin is also associated with improved glycemic control in the subset of patients with type 2 diabetes who, like those with DMI, require insulin. The prospective randomized placebo-controlled HOME trial compared metformin to placebo in patients with insulin-dependent type 2 diabetes, showing improved glycemic control and lower insulin requirements over 16 weeks (HbA1c decrease -0.91 with metformin vs -0.27 with placebo, p<0.00001; -7.2 IU with metformin vs +1.4 IU with placebo, p<0.00001). [4] While lowering A1c is a goal of all diabetes therapies, the ideal target A1c is less clear. In the prospective randomized controlled ACCORD trial, tight glycemic control alone (goal HbA1c < 6.0%) increased overall mortality (HR 1.22, p=0.04) without preventing major cardiovascular events (HR 0.90, p=0.16).[5] Conversely, the large, prospective randomized controlled ADVANCE trial with a looser goal of A1c < 6.5% showed no significant effect on mortality (HR 0.93, p=0.28) or cardiovascular events (HR 0.94, p=0.32) with tight glycemic control.[6] Despite disagreement over target A1c, glycemic control overall is a mainstay of diabetes treatment and it is reasonable that metformin’s proven benefit in controlling blood sugar in type 2 diabetes would extend to DM1.

REMOVAL recruited adults over 40 with DM1 for at least 5 years and multiple cardiovascular risk factors. The 428 patients were randomized using concealed allocation to either metformin or placebo and followed for 3 years. The predetermined primary outcome was progression of mean far-wall carotid intima-media thickness (cIMT) as a measure of atherosclerosis. The average body-mass index was 28.5 kg/m2 and close to a third of the subjects were obese. Twenty-six participants dropped out of the metformin group (mostly due to gastrointestinal side effects) and 15 dropped out of the placebo group.

There are several things to note about this study and its implications for DM1 management. In the metformin group there was no significant improvement in the primary endpoint of cIMT or the secondary endpoints of insulin dosing or glycemic control. While lowering body weight and LDL and increasing GFR are salutary effects, the magnitude of the effect was small. Despite positive preliminary studies and biological plausibility, when examined more closely, metformin does not seem to make meaningful improvements in several important outcomes in DM1.

However, elements of the study design may account for the negative result. The primary end-point was carotid intima media thickness, a surrogate endpoint that is predictive of the cardiovascular events that patients care about. Participants were not followed long enough for patient-important events to accumulate. Because all patients had other cardiovascular risk factors, there was a high degree of statin and antihypertensive use in both groups, which may have obscured the effects of metformin.

Ultimately, the conclusions to draw from the REMOVAL trial are that metformin fails to improve long-term insulin dose requirements and glycemic control in DM1, contrary to what one might expect. When added to insulin, metformin is associated with modest improvements in LDL-cholesterol, weight, and kidney function. It should not be given to patients with the goal of improving glycemic control or lowering medication requirements. However, more investigation must be done before concluding metformin has no other beneficial effects in DM1.

William Plowe, is a 3rd year medical student at NYU School of Medicine