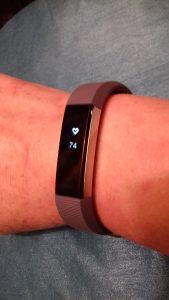 The obesity epidemic has been widely reported in recent years. In 2005, an estimated 23.2% of the world’s population was overweight and 9.8% were obese. Projections show that this number will continue to increase. As much as 58% of the adult population worldwide will be classified as obese or overweight by 2030.1 Contributors to obesity are multifactorial, encompassing modifiable and nonmodifiable risk factors, including diet, lifestyle, genetics, and environmental factors. A seminal review by Blair and Brodney in 1999 showed that an increase in physical activity clearly reduced health risks associated with obesity.2 Despite this knowledge, activity rates remain low and physical inactivity remains the fourth leading cause of death worldwide.3

A variety of motivational methods have been attempted by government organizations and insurers to increase physical activity. In the early 2000s, studies suggested that pedometers could effectively increase physical activity. A systematic review found that pedometers increased physical activity by roughly 27% from baseline and were associated with a decrease in body-mass index.4 However, these findings were called into question by later studies that found insufficient evidence to support the use of pedometers to improve physical inactivity, in part due to a lack of high-quality randomized controlled trials (RCT) and high discontinuation rates.5,6 There remains controversy regarding the efficacy of workplace pedometer programs.

Wearable fitness technology is an intriguing next step in the use of pedometers to increase activity. The use of consumer health trackers has exploded since their initial inception. These multifunctional devices are capable of generating a plethora of data for consumers, ranging from pulse oximetry readings to electrocardiograms and step counters.7 Wearable devices and smart phones have already been shown to track step counts with remarkable accuracy.8 Direct-to- consumer marketing of wearable devices often highlights purported health benefits. In fact, early behavioral studies have shown that consumers focus on the perceived benefit of wearable devices over perceived harms.9 Despite the burgeoning market and expanding medical technology, the health benefits of activity trackers remain unclear.

Researchers have recently begun to systematically examine the effect size of activity trackers with and without associated incentives. The TRIPPA study, published in 2016, randomized 800 participants to control, fitness tracker (Fitbit Zip), fitness tracker and cash incentives, and fitness tracker and charity incentives.5 The study found an increase in activity at 6 months measured by moderate-to-vigorous physical activity (MVPA) bout (walking) minutes per week in the activity tracker plus cash (29 MVPA, p=0.0024) and activity tracker plus charity incentive groups (21 MVPA, p=0.03) compared to control. However, the fitness tracker alone group did not significantly increase activity relative to the control group. Furthermore, the benefits in both incentive groups were not sustained at the 12-month follow-up after incentives had been removed. The authors concluded that there was no evidence of improved health outcomes and questioned the value of these devices.

A second study published in JAMA further called into question the utility of these devices to effect meaningful change. This study enrolled a total of 471 participants who were randomized to a standard behavioral weight loss intervention or a technology-enhanced weight loss intervention.10 Both groups received a low-calorie diet and a variety of behavioral interventions; the technology-enhanced group also received a wearable device at 6 months. Remarkably, the study found that the technology-enhanced group lost significantly less weight (3.5 kg) than the standard group (5.9 kg, difference 2.4 kg, p = 0.002). While the authors did not conclude that the device caused harm, the results added to growing evidence that wearable devices are not superior to standard intervention.

Similar to the aforementioned research into pedometers, there remains a paucity of large well-designed RCTs with wearable devices beyond these two studies. Furthermore, the substantial heterogeneity of smaller studies makes their findings difficult to interpret. For example, one study found increased physical activity at 16 weeks in inactive elderly women, while another showed no benefit to an app-based fitness program in Australian youth.11,12 Both studies enrolled a total of roughly 50 patients, again underscoring their limitations. These studies provide little clarity without consistent inclusion criteria and defined endpoints.

The wearable fitness device market has grown at an exceptional rate. Recent market analysis predicts that the market will grow from 16.2 billion USD in 2016 to 52.5 billion USD in 2024.13 Early evaluation of the utility of smart wearable devices is reminiscent of pedometer findings that ultimately failed to show a sustained benefit. Two large RCTs failed to show any sustained benefit for either physical activity or weight loss. Heterogeneous small-scale studies provide conflicting evidence that is difficult to interpret, given the variety of study populations and endpoints. There is currently no convincing evidence that wearable devices provide discernable health benefits despite the cost and marketing tactics. The field would benefit greatly from future large RCTs involving high-risk inactive patients to provide clarity on any potential benefit.