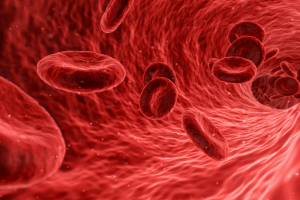 One important practical consideration is the timing of iron supplementation. It is long-established that dosing iron in divided daily increments confers no benefit to patients–in fact, it can be counterproductive to the goal of raising iron stores. This principle was elegantly demonstrated by Moretti and colleagues’ 2015 randomized controlled trial1 that assigned iron-depleted (but non-anemic) women to receive either once-daily or twice-daily doses of radio-labeled iron. The primary outcome–serum levels of hepcidin–was measured the morning after iron administration. Hepcidin is a hepatic regulatory protein that maintains iron homeostasis by binding to iron transport channels in enterocytes, thereby impeding intestinal absorption of iron. Said otherwise, hepcidin is an important metric of how readily a load of oral iron can make its way into the systemic circulation. In the Moretti study population, twice-daily doses of iron were associated with a greater increase in hepcidin when compared to once-daily administration.

These findings have since been replicated, most recently in a 2017 trial in which investigators spaced out iron supplementation even further into alternate-day dosing. The group assigned to this dosing schedule was found to have significantly higher rates of iron absorption (both fractional and total) in comparison to the group given daily iron.2

Factors other than the timing of iron supplementation should also be considered. Ascorbic acid (vitamin C) reduces ferric sulfate (3+) to ferrous sulfate (2+), which is more easily transported into the intestinal enterocyte.3 The American Society of Hematology has suggested that oral iron supplements should be accompanied by a concomitant tablet of vitamin C in order to maximize uptake.4 The efficacy of this tactic has been borne out in the literature. In a 2003 randomized controlled trial from the British Journal of Nutrition,5 adult women consumed cereal fortified with ferrous fumarate (a poorly water-soluble form of iron) with or without an accompanying dose of ascorbic acid. Consumption of ascorbic acid along with ferrous fumarate led to higher rates of iron absorption when compared to consumption of ferrous fumarate alone.

These results are promising. However, more research is necessary in order to make a definitive recommendation on supplementation: namely, a head-to-head trial examining the efficacy of alternate-day-dosing iron, with and without ascorbic acid.

It should be noted these supplementation strategies merely serve to optimize a patient’s pre-existing routes for absorbing iron. Although daily dosing schedules lead to less efficient enteric uptake, they are unlikely to cause iron-refractory iron deficiency anemia, defined as “a failure to respond to treatment at a dose of at least 100 mg of elemental iron per day after four to six weeks of therapy.”6

In these settings, a clinician should first ask about adherence. Poor compliance is the leading cause of unsatisfactory responses to iron therapy,7 likely due to the dyspepsia, constipation, and hard stools that frequently accompany supplementation with ferrous sulfate. A stool softener such as docusate is often prescribed to help with this problem. Absent such issues, a clinician may search for an unrecognized source of bleeding, or perhaps consider the presence of a gastrointestinal comorbidity that impairs iron absorption, such as celiac disease, H. pylori infection, autoimmune gastritis, or pancreatic insufficiency.8 The patient’s surgical history should also be reviewed. Bariatric weight-loss surgery can contribute to iron malabsorption through two distinct physiological processes: first, by circumventing the duodenum (the primary site of intestinal iron absorption); second, by diminishing the amount of gastric acid available to serve as a reducing agent.9  If malabsorption is indeed the culprit for a lackluster response to oral iron, intravenous supplementation therapy should be initiated. This route of administration bypasses the patient’s faulty enteric system, and has the added benefit of rapidly repleting physiologic iron stores.10

Gabrielle Mayer is a medical student at NYU School of Medicine