How Necessary is NPO After Midnight? 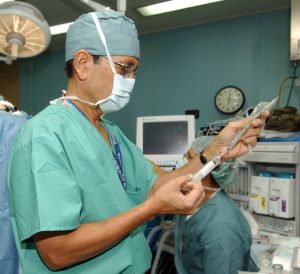 It has become common practice in many hospitals and ambulatory care centers to require patients to be “Nil Per Os,” or NPO, for solids and liquids after midnight before receiving general anesthesia. These policies started in an effort to decrease the risk of regurgitation and aspiration of stomach contents while a patient is under anesthesia. Anesthesia alters esophageal sphincter tone and weakens the reflexes that would normally protect the lungs from aspiration.1,2 Although pulmonary aspiration is considered to be a rare event, it can have devastating results for patients, including lung injury and death.3

Required fasting policies began after studies suggested that increased stomach volumes and acidity of gastric contents increased the risk of regurgitation and aspiration. A 1974 study based on unpublished data from animal studies suggested that a pH value of <2.5 and stomach volume of >0.4 mL/kg would result in increased risk of aspiration and resulting complications.4,5 In an effort to decrease the volume and acidity of stomach contents, physicians began requiring patients to be NPO after midnight before general anesthesia.5

However, there is limited evidence to support the current practice of keeping patients NPO past midnight. Recent studies have challenged the notion that longer fasting intervals decrease the volume and acidity of stomach contents. A Cochrane review from 2006 investigated differences between prolonged and shortened fasting times and found no difference in gastric volume and pH.5  Another systematic review published in 2003 evaluated 38 randomized controlled trials and revealed no increased risk of aspiration in patients who had shortened fluid fasts compared to the standard nil per os after midnight.6

Despite these updated guidelines, many hospitals and outpatient centers still require patients to fast from midnight until after their procedure. There are several factors that contribute to these persistent NPO policies, including increased flexibility of scheduling patients (since operating times are often unpredictable) as well as the continued belief among both patients and physicians that fasting will lead to fewer complications.5 Studies have shown that many times hospitalized patients are kept NPO in case they end up going for a procedure, but often do not have it performed and ultimately miss meals unnecessarily.10

Although for many patients fasting is considered to be relatively benign, mounting evidence suggests that prolonged fasting can have detrimental effects such as hypoglycemia, dehydration, and falls, especially in those who are elderly or malnourished.11 Prolonged fasting has been shown to increase rates of postoperative nausea and vomiting, provoke metabolic stress and insulin resistance (which contributes to postoperative hyperglycemia and its risk of complications), and to increase cytokine release and inflammatory markers.12,13 Some centers have started administering carbohydrate-rich fluids up to 2-3 hours before surgery, and data suggest that this may lead to decreased postoperative length of stay and reduce postoperative discomfort.12 A Cochrane review from 2014 found that pre-operative carbohydrate treatment up to two hours before surgery did not change complication rates. 14

Evaluation of the literature reveals that, while policies to keep patients NPO after midnight before receiving general anesthesia were well-intentioned, they are unnecessary and lack supporting evidence for their continued use. Although requiring patients to fast for long hours appears benign, it can lead to other complications and poor outcomes. With the lack of evidence to support keeping patients NPO after midnight and the known risks of requiring patients to fast for long periods of time, hospitals and outpatient centers should re-evaluate their policies about fasting before surgery.