Timing is Everything: How World Wars and the Red Scare Delayed Universal Healthcare in America 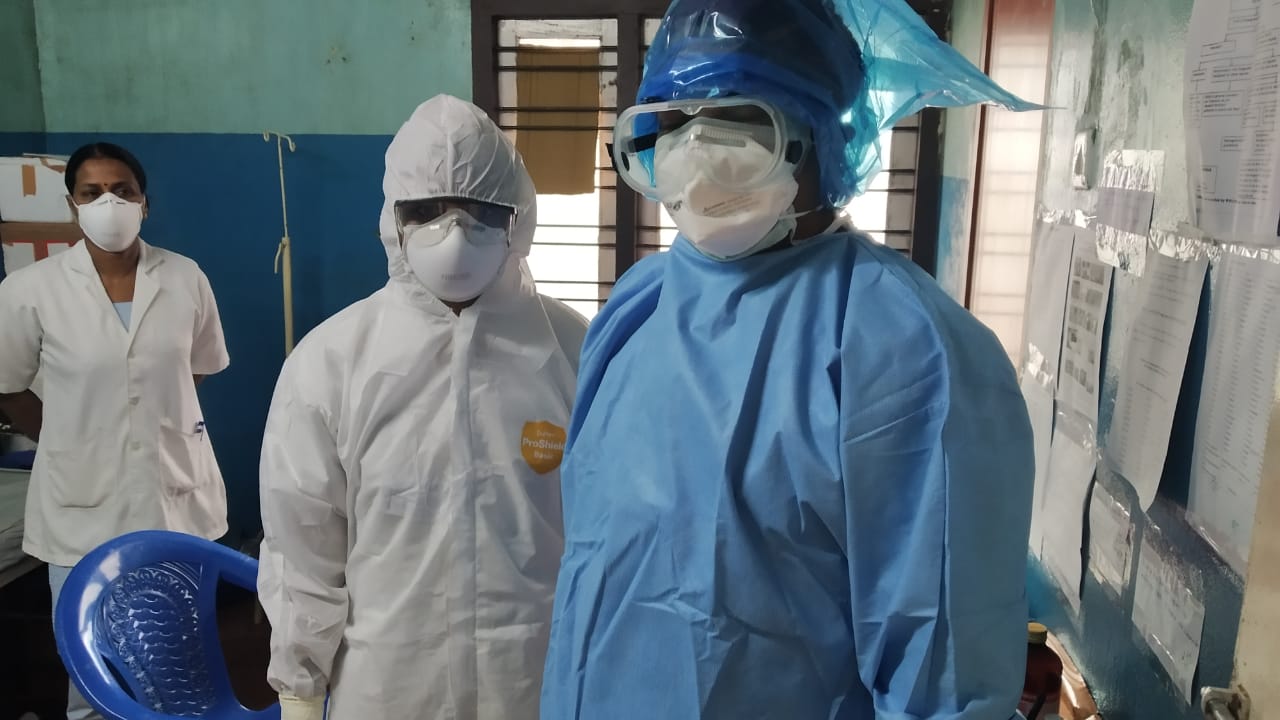 Achieving universal healthcare is arguably one of the central topics of political debate that our new administration will be facing. While it may seem that a single-payer national health plan became a hot topic just five years ago when Bernie Sanders made it a cornerstone of his campaign against Hilary Clinton, America’s love-hate relationship with government-led healthcare began long before 2015. Even the fact that we call  a national health plan ‘socialized medicine’ speaks to the complex history America has had with ensuring healthcare access to all. It is important to note that a government-led single-payer healthcare system, like Medicare for all, is often used interchangeably with ‘universal healthcare’ but is really a means of achieving universal healthcare or coverage for all.

Though hard to pinpoint when first coined, the term ‘socialized medicine’ was used as early as 1917 in the New York Times. The Times quoted Dr. Geier using the term as he praised universal healthcare, stating, “This type of socialized medicine…will discover disease in its incipiency; it will prevent loss from illness… general sickness [will] be reduced by one-half”. [1] During the early 20th century, how to properly address work-related injuries and illnesses causing loss of wages was constantly debated. [2] The American Association for Labor Legislation proposed a bill in 1915 with compulsory health insurance for workers similar to those enacted in Germany and Britain. [2, 3] However, the bill was not passed due to the association doing little to rally workers around the bill, lack of physician buy-in, and World War I (WWI) taking center stage.

In the 1920s, after WWI, healthcare was changing. Medicines and surgical techniques were advancing, shifting hospitals from places caring for the chronically ill and dying to those curing the acutely sick. With this advance in science came an increase in costs, and patients found themselves unable to afford hospitalizations. [3, 4] Urged by President Calvin Coolidge, leaders of the American Medical Association (AMA) and other prominent organizations formed the Committee on the Costs of Medical Care (CCMC). After five years of research, the group concluded that nearly 99 percent of Americans would not be able to afford necessary medical care. [4] However, the group could not unanimously agree on a solution to this problem. Thus, the majority issued ‘Majority Recommendations’ that in part proposed group practices organized within hospitals.  Patients could choose among physicians within the hospital and choose a voluntary insurance option financed either privately, federally, or both. [3, 5] These recommendations may not seem radical today and rather mirror our current system. However, at that time, most physicians had independent practices, and insurance for everyday civilians did not yet exist in the U.S. The minority issued ‘Minority No 1 Recommendations’ which denounced voluntary insurance and felt the government should only be involved in the health of the indigent and the Armed Forces. Most physicians, and the AMA itself, opposed the Majority Recommendations. The AMA called the Majority Recommendations ‘socialized medicine’ and those involved ‘medical soviets’, playing on fears of communism that built during WWI. [2, 4] Newspapers followed suit, with both the New York Times and the Wall Street Journal calling the majority recommendations socialized and radical. Thus, while the CCMC’s research was used extensively over the next 30-50 years to develop healthcare policies, the Majority Recommendations were not immediately adapted into practice. [5]

In the early 1940s, healthcare became a hot topic again. War-induced inflation led the government to put a strict limit on wage increases through the Stabilization Act of 1942 and to place high taxes on profits through the Revenue Act of 1942. [6] Employers began offering health insurance as it could be deducted from the company’s profits for tax-purposes and provided an incentive to help retain employees. Through this, America’s employee-sponsored health insurance model was born. When veterans returned and flooded the job market, these benefits stuck.

In the late 1940s, the Wagner-Murray Dingell (WMD) Bill became the closest thing to achieve   a single-payer system in America. It was first proposed in the late 1930s but was quickly and reasonably overshadowed by U.S. involvement in World War II (WWII). [7, 8] The bill was brought back in 1945 under President Harry S. Truman. The bill proposed creation of a compulsory national insurance plan with employees and employers contributing to a fund, similar to social security today. [9] The bill failed to pass right away for two main reasons. For one, President Truman was a Democrat with a primarily Republican Congress. Secondly, he had become president upon Franklin D. Roosevelt’s death and thus had not yet independently earned public support. [7] Thus, the WMD Bill was held up in Congress along with other proposed healthcare bills like the Taft-Smith-Ball Bill, a private health insurance bill supported by the AMA and the Republican Party.

Despite all these failures, there was hope for the WMD in 1948. President Truman was re-elected largely on a campaign for a single-payer national health plan and the Democratic Party gained control of Congress. [8] When pitching his plan for a single-payer system, President Truman noted the need to control infectious diseases and improve maternal-newborn health, the burden of high doctor bills, and the high cost of individual healthcare. At this same time, Americans were on edge after WWII, and a lot of that fear was placed broadly on the construct of communism. This fear towards communism and communists, which intensified through the Cold War, became known as the Red Scare, based on the Soviet’s red flag. [10] In 1949, unemployment began to rise, China was taken over by a communist party, and Russia tested their first atomic bomb, years before expected, heightening this ‘scare’ to panic. [7]  Opponents of the WMD bill took advantage of these fears to squander its success. [11, 8]  Based on input from physicians, the AMA was one of these opponents and, with help from public-relations firm Whitaker and Baxter, launched one of the largest lobbying efforts of its time. The group spent over $4.5 million ($48 million in today’s dollars) on advertisements in newspapers, magazines, letters, and radio stations across the country. Slogans played on communist fears with titles such as, ‘A Threat to Health – A Threat to Freedom!’ and utilized the term ‘socialized medicine’ whenever possible. [8] AMA members also wrote doctor-to-patient letters about why they should reject the WMD bill, and the AMA collected an additional $25 per physician member during the campaign to “resist the enslavement of the medical profession”. [7, 8] The campaign worked. The AMA recruited 1,829 organizations to their side, including the American Bar Association and General Federation of Women’s Clubs. [7] Public opinion in support of government health insurance fell from 74% in 1942 to 51% by 1949 – just a year after President Truman was voted into office. By the 1950s, the bill was effectively dead, and the next big healthcare change would not come until 1965 in the form of Medicare and Medicaid. [2]

Thus, whatever your stance on a single-payer national health plan in America is, it is important to remember that neither the theory nor the arguments for its necessity are new. Throughout history, there have been many policies proposed that would allow for a government run healthcare system. And while most, if not all, physicians want universal healthcare, many policies aimed at its achievement have been thwarted not by politics but our own physician societies. Today, based on member votes, the AMA supports universal healthcare through a public option and not a single-payer system. [12, 13]However, given the current mix in physician opinions signified by how close the vote was, the AMA has recently left the Partnership for America’s Health Future, a group that actively opposes Medicare for All. [14]  As this issue likely becomes a cornerstone of the Biden-Harris administration, it is vital for physicians to realize the power of physician public opinion in shaping healthcare reform and be educated and informed of the different policies aimed at achieving proper, affordable care for all patients.