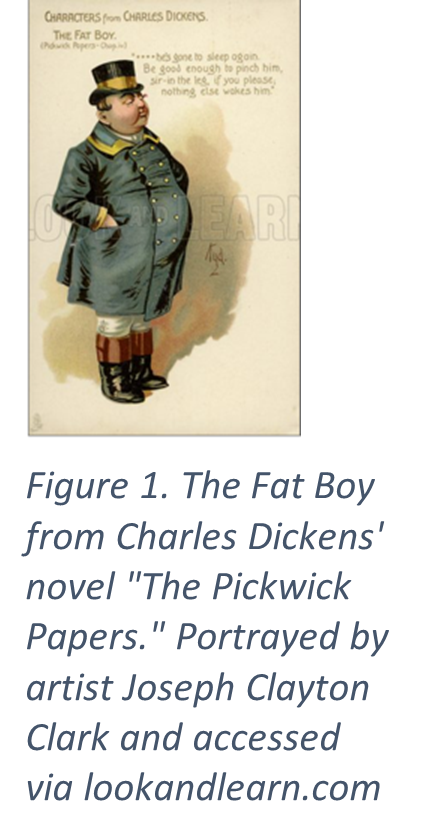 Although obstructive sleep apnea (OSA) is a disease as ancient as snoring itself, the condition was not fully characterized until the 19th century [1]. In 1889, British physician Richard Caton published a report on a “Pickwickian” patient and thus became the first to invoke the famous allusion to the sleepy, obese Charles Dickens character [2]. In his report, Caton noticed significant somnolence in a poulterer who gained 25kg in one year and whose “peculiar state of the glottis is observed, a spasmodic closure entirely suspending respiration” during sleep. This literary reference was made again in 1956 by Charles Sidney Burwell, who is commonly (mis)attributed to have first “discovered” the disease [3].

Fast-forward to 1981 when the seminal paper on continuous positive airway pressure (CPAP) for the treatment of OSA was published in The Lancet by Australian researcher Colin Sullivan [4]. Interestingly, his immense contribution to clinical practice was inspired by his work studying bulldogs and rigging vacuum cleaners to alleviate their breathing issues. Since then, CPAP has been the standard of care for OSA and has repeatedly been shown to be a safe and highly efficacious treatment [5-9]. Its main drawback has been patient adherence, with some studies estimating up to 83% of patients as non-compliant with their CPAP machines, where non-compliance is defined as using treatment less than 4 hours per night [10, 11]. This definition was chosen because studies have shown that average use is around 4 hours per night [12, 13], and that the minimum time needed to show statistically significant improvement in the Epworth Sleepiness Scale (ESS) is four hours [14]. Common reasons for non-compliance include patient discomfort, dry and irritated airways, air leaks, and interference with bed partners or perceived fear of such. For these reasons, patient and partner education is paramount for achieving success with CPAP treatment, as well as providing easy access to trouble shooting technical issues such as improving mask fit.

Because CPAP often remains limited by patient buy-in, it is important for every clinician to know what other options exist for treating OSA. Oral appliance therapy (OAT), an accepted alternative form of treatment, actually predates the invention of CPAP. It was first conceived by Pierre Robin, a French oral maxillofacial surgeon, in 1923 as a treatment for the obstruction seen in the birth defect sequence named after him (i.e. micrognathia, hypoglossus, and often cleft palate) [15]. Since then, many designs have been created, but all of which rely on the same concept of repositioning the mandible and/or tongue to relieve obstruction during sleep. Unlike CPAP, OAT is easy to use, portable, and less disruptive.

OAT went underappreciated as a possible treatment for OSA until 1995 when a landmark literature review was published highlighting the efficacy of oral appliances [16]. In their meta-analysis, Schdmidt-Nowara et al found that the average hourly apnea-hypopnea index (AHI) of the 320 patient cohort was reduced from 47 to 19 with improvement in sleep quality [17]. The results also demonstrated encouraging long-term compliance rates. However, because a significant proportion of patients (40%) remained with a significantly elevated AHI, clinicians until this day reserve recommending OAT as a first-line therapy for mild OSA or snoring only. Additionally, most sleep specialists will only prescribe OAT after a patient tries and fails CPAP or expresses desire to avoid CPAP. But what is the evidence?

In head to head comparison trials between OAT and CPAP, investigators have found CPAP to be more effective than OAT in reducing ESS scores and hourly AHI rates, but found OAT to be subjectively preferred [18, 19]. The differences in efficacy range from profound (~8 fewer apneic/hypopneic events per hour on average) seen in the 2005 meta-analysis to mundane (0.8 point average reduction in the ESS scale, which is out out of 24 points) seen in the 2015 meta-analysis. Interestingly, the 2015 meta-analysis by Bratton et al, found that publication bias from smaller trials reporting larger beneficial effects of CPAP compared to OAT may have contributed to the difference seen. Other detection and performance biases cannot be excluded given the impossibility of blinding patients and providers to the treatment mode (CPAP vs OAT vs no treatment). Finally, studies that specifically look at health-related quality of life found similar benefits of the two treatments. [20]

In conclusion, OAT therapy is a moderately effective treatment whose true benefits may be understated by the current literature. Certainly, a large cohort of mild to moderate OSA patients would stand to benefit from this cost-effective and convenient intervention. For patient with moderate to severe OSA, however, CPAP remains the most effective mode of treatment.

In addition to oral appliances, some pharmacologic remedies for OSA have been investigated either as primary agents or as adjuncts to aid CPAP performance. These include central respiratory drive stimulators (e.g. theophylline, acetazolamide), drugs that reduce upper airway collapsibility (e.g. desipramine), antimuscarinics, and noradrenergic agents. However, per expert consensus, no pharmacologic agent has proven to be sufficiently effective to warrant replacement of CPAP to date [21]. For patients who have failed CPAP, oral appliances, and/or pharmacologic therapy, surgical options such as uvulopalatopharyngoplasty and hypoglossal nerve stimulation do exist and are being actively investigated [22, 23]. The strongest indication for surgery is removal of tissue that is clearly associated with obstruction of the upper airway, such as tonsillectomy/adenoidectomy in the pediatric population.

Finally, it is worth noting that all treatments of OSA are most effective when used in conjunction with lifestyle modifications such as weight loss, positional therapy, alcohol cessation, and avoidance of sedative-hypnotic medications. It remains to be seen if new technologies can be developed in the future to treat OSA with a method as effective as CPAP but more tolerable.