Kratom: A Summary for the Primary Care Physician 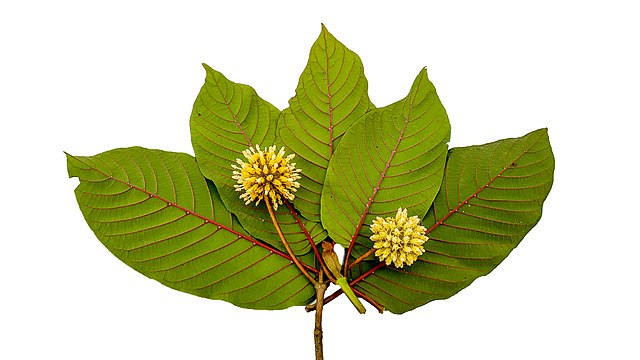 Kratom (pronounced KRAY-tum) is a product derived from the crushed and dried leaves of the Mitragyna speciosa plant species endemic to Southeast Asia.1 It has been increasingly used in the US in recent years as a recreational drug, self-medicated analgesic, and as a means to self-treat dependence or mitigate opioid withdrawal symptoms due to its opioid-like effects at high doses.2 Likely contributing to its rising use is the difficulty that many patients face accessing and affording traditional pharmacologic treatment for opioid use disorder, as well as the appeal of an inexpensive “natural” treatment for their addiction. It is estimated that up to five million US citizens currently use kratom, and it is widely available in various formulations in herbal supplement shops, convenience stores, smoke shops, and online marketplaces.3 Its sale is unrestricted in most states despite currently being listed as a drug of concern by the US Drug Enforcement Agency, and previous efforts to list kratom as a schedule I drug.4 In the era of the opioid epidemic, primary care physicians will likely be faced with questions regarding kratom use. So, how does kratom work, and how safe is it for patients to use?

Let’s begin with the pharmacology of kratom. The principle psychoactive components of kratom are the alkaloids mitragynine and 7-hydroxymitragynine.5 In in vitro studies, these compounds partially agonize the mu opioid receptor and antagonize kappa receptors, with variable data on their impact on delta opioid receptors.3 As an analgesic, data in animal models suggest that mitragynine has approximately one fourth the potency of morphine, whereas

7-hydroxymitragynine is far less concentrated in kratom leaves than mitragynine).6 Of note, the antinociceptive properties of both compounds were reversed using naloxone, providing further evidence that these alkaloids exert their analgesic effects through opioid agonism.3 Additionally, kratom ingestion is not associated with respiratory depression, based on observations in humans and in animal toxicity studies.7 This is potentially mediated through reduced activation of beta-arrestin 2 pathways at the mu opioid receptor that are implicated in the development of opioid-mediated respiratory depression.8 Of note, mitragynine and 7-hydroxymitragynine also have activity at adrenergic, serotonergic, and dopaminergic receptors in the brain, which may explain the stimulant effects of kratom reported at low doses.2 However, alpha-2 adrenergic agonism in particular may also be related to its depressant effects at high doses that become potentially dangerous when combined with other central nervous system depressants like opioids, alcohol, and benzodiazepines.5 Primary care physicians should also be aware of kratom’s reported effects on the CYP450 system, as mitragynine has been shown to be an inhibitor of CYP2D6, raising the possibility of harmful drug-drug interactions with commonly prescribed medications like some antidepressants, antipsychotics, opioids, beta-blockers, and antiarrhythmics that are metabolized by this enzyme.9

Unfortunately, there have been no rigorous clinical studies to date analyzing kratom’s effectiveness in treating opioid use disorder and preventing opioid-induced withdrawal in humans. Despite this, a simple internet search reveals countless forums and marketplaces promoting its use in this context. A recent cross-sectional online survey of US kratom users revealed that 91% of the sample population used kratom for the purposes of pain relief, with 41% indicating they used kratom to reduce opioid use (with high self-reported efficacy).10 Kratom’s reported success in treating symptoms of opioid withdrawal in humans is largely anecdotal. However, in various animal models, mitragynine has shown some success in treating opioid-induced withdrawal symptoms, and its known pharmacology (as described above) provides support for its potential use in this indication.11

Conversely, prolonged kratom use is linked with dependency and withdrawal symptoms that are quite similar to those induced by opioid abstinence. Commonly cited withdrawal symptoms in humans include rhinorrhea, excess lacrimation, arthralgias, myalgias, lethargy, and insomnia.1 Withdrawal symptoms of tremor, teeth chattering, anxiety, and impaired learning/memory have also been elicited in rats after withholding normally scheduled mitragynine doses.12 In addition to possible dependency and precipitating symptoms of withdrawal, kratom use has been called into question over safety concerns. US poison control calls related to kratom consumption have rapidly been rising in the last decade, some of which were associated with significant morbidity and mortality.13 Numerous case reports have described seizures, cardiac conduction abnormalities, and significantly elevated liver transaminases after kratom use.14 The latter finding has been replicated in rats exposed to high doses of mitragynine.15 Moreover, a New England Journal of Medicine correspondence cites 15 kratom-related deaths in Colorado alone from 1999 to 2017.16 However, the dearth of human kratom studies as well as frequent co-consumption of kratom with other illicit and prescription drugs makes elucidating the risks of this substance’s consumption difficult.

In summary, kratom’s reported analgesic properties combined with anecdotal evidence supporting its efficacy in treating opioid use disorder and withdrawal have made this over-the-counter substance increasingly popular in the US. However, increasing evidence regarding kratom dependence, withdrawal symptoms, adverse effects, and the unregulated nature of its distribution may outweigh potential benefit. Regardless of one’s stance on the issue, it is imperative for primary care physicians to become familiar with kratom, its current use among the general population, and toxicity/withdrawal symptoms that may necessitate treatment.

7. Kruegel AC, Grundmann O. The medicinal chemistry and neuropharmacology of kratom: A preliminary discussion of a promising medicinal plant and analysis of its potential for abuse. Neuropharmacology. 2018;134(Pt A):108–120.