Advance Directives: A Move in the Right Direction 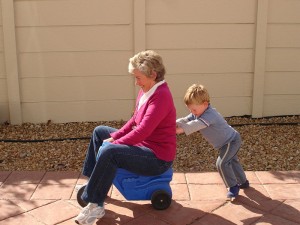 “Tell me…If you were ever unable to make your own decisions about your medical care, is there someone you would trust to make those decisions for you?”

But then a response. We discuss. I record.

“I want to know…Have you given any thought to the goals of your hospital stay? I want to know what’s important to you.”

The only audible sounds in the quiet hospital room are the shallow breaths of my 72- year-old patient with decompensated congestive heart failure. I gently invite him to share his thoughts.

I listen. We agree on his overarching goal and the values that are important to him. He wants to be able to get home, maintain his independence and control his pain as best he can. Those are crucial to him. We then discuss how his values and preferences will influence the medical care and plan for invasive procedures he might need to receive in the hospital. Together we use this as a guide to discuss all the potential hues of gray in the space between “everything” and “nothing.” I carefully assess his decision-making capacity, his understanding of the implications of his decisions, and question any lingering concerns.

He says he will complete the advance care planning documents. I nod. We sit quietly for a few moments together, and I catch a glimpse of a comforted smile.

Advance Directives (AD), also known as advance care planning, involves all the steps necessary to ensure that a patient’s wishes are followed in the event that they are not able to make their own decisions in the future. Although it can be very detailed in the consideration of specific scenarios and other subtleties, the core of advance care planning with a physician involves appointing a heath care proxy, determining what is important to the patient, and documenting these wishes in a way that others can respect them. The ultimate benefit of AD is that patients can be reassured their goals of care are clearly understood and will be followed by health care professionals.

In the summer of 2009, the concept of AD received massive public attention. Former Governor of Alaska, Sarah Palin, accused the proposed Medicare payments for voluntary counseling between a physician and patient on AD as being equivalent to“ ‘Obama’s death panel’  [that] would decide who was worthy of health care [1].”  This flare-up led to its removal from the legislation at the time. A new policy that was to take effect on January 1, 2011, specified annual reimbursement to physicians who discuss end-of-life treatment with their patients as part of their wellness visit [2]. However, without much notice or a satisfactory explanation, this policy was dropped after only three days on January 4, 2011 [3].

Advance Directives were first introduced into legal and ethical frameworks with the Patient Self-Determination Act (PSDA) in 1990. This federal law emphasizes patient autonomy, and also includes a patient’s right to have AD and be informed about options for future health care decisions [4]. Although the principle of respect for autonomy is a cornerstone of medical ethics and contemporary American medical practice, the idea of AD has trailed behind. In medical journals, there is a surprising volume of research literature dedicated to the topic where there has been a continuous supportive movement encouraging physicians and patients to discuss AD for the last two decades.

The first well-studied report that looked at the specific implications of AD was a 1991 New England Journal of Medicine article, in which outpatients at Massachusetts General Hospital and members of the general public of Boston were surveyed [5]. The surveyed population included individuals young and old, sick and healthy. The results were alarming: 93% of outpatients and 89% of the general public were interested in AD, but very few of these interested individuals had made any formal decisions regarding end-of-life care. When analyzing barriers to AD completion, lack of physician initiative was amongst the most frequently reported (29% of respondents). The difficulty of the conversation was one of the least perceived barriers (5% of respondents). Because there was no evidence to suggest that it is possible to accurately predict patient preferences based on health, age, and other demographic data, having a discrete conversation about AD with every patient is critical.

Subsequent literature has continued to demonstrate that patients are indeed interested in AD. A 1994 paper, appropriately titled “Can We Talk?” highlights the underlying desire of patients to discuss AD [6]. In this study, conducted at a Rochester, NY hospital, 81% of patients either discussed, or expressed a desire to discuss AD. In an attempt to quantify how patients feel about AD, the Advance Directives Attitude Survey (ADAS) was created [7]. An adapted version of this survey was used in a 2002 paper looking at hospitalized patients in North Carolina. A score of 88 represented a completely positive attitude and a score of 55 marked a neutral attitude.  The mean patient attitude score towards AD was 66.9, with a standard deviation of 6.3, demonstrating a significant overall positive attitude towards AD [8].

Despite demonstrated interest and positive attitudes towards AD, patients are still unlikely to formally document their AD even twenty years after the introduction of the  PSDA. There has been no significant increase in AD completion rates over the last two decades, and they remain low today [9]. Although reported numbers vary, the completion rate of AD in the US is approximately 15-25% [4]. One study found that out of 82% of hospitalized patients who received information about AD on admission, only 18% completed any formal paperwork [4]. Although patient interest in AD is high, they are unlikely to initiate these conversations. This concept was demonstrated in a 2008 study, in which 143 patients at San Francisco General Hospital were provided with AD paperwork twice over a six-month period, but 80% of respondents never discussed the topic with their doctor and 90% did not document their thoughts about end-of-life care [10].

Additional studies continue to emphasize the barriers to the completion of AD. Lack of physician initiative is one of the most frequently cited barriers, as patients believe that broaching the subject of AD is the responsibility of the physician. In a 1995 study looking at 329 outpatient adults from multiple states, 60% of participants thought the physician should initiate the conversation about AD [11]. A 2007 meta-analysis of 18 studies also revealed that the most statistically significant intervention to increase AD completion rates was direct patient-health care professional interaction over multiple visits [12]. Many studies have examined physician attitudes regarding discussion of AD. Barriers to these discussions included a perceived lack of time on the part of the physician and a fear of upsetting the patient [6]. A disquieting study performed in 2010 revealed that the majority of physicians of terminally ill cancer patients believe that patients should be symptomatic or out of all treatment options prior to discussing Do-Not-Resuscitate (DNR) status or hospice care [13]. These studies uncover incongruence between a physician’s beliefs and a patient’s preferences, and indicate that physicians should reevaluate the importance of initiating conversations surrounding AD and end-of-life care.

Advance Directives have been repeatedly shown, even in randomized controlled trials [14], to substantially improve patient and family satisfaction [15]. It is unclear whether or not the federal government will ever legislate annual reimbursement to physicians who have a conversation with their patients about end-of-life planning. However, beyond this monetary incentive, we should be motivated to have this conversation with all of our patients. High quality care is that which is consistent with patient preferences. There is no other conversation that can guide treatment quite as sensitively as the determination of what our patient would want for the future. So let us ask. Let us give our patients the utmost respect by listening to their wishes.

One comment on “Advance Directives: A Move in the Right Direction”