When Is Hemoglobin A1c Inaccurate In Assessing Glycemic Control? 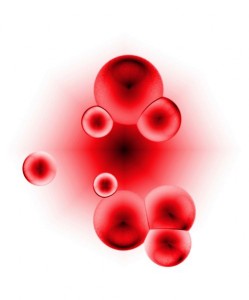 Hemoglobin A1C (HbA1c) is an invaluable tool for monitoring long-term glycemic control in diabetic patients. However, many clinicians managing diabetics have encountered the problem of HbA1c values that do not agree with fingerstick glucose logs. Before suspecting an improperly calibrated glucometer or poor patient record keeping, it is useful to consider the situations in which HbA1c may be spuriously elevated or depressed. These issues are best understood after reviewing how HbA1c is defined and measured–topics fraught with considerable confusion.

Glycosylation is a non-enzymatic, time-dependent chemical reaction in which glucose binds to the amino groups of proteins.[1] Historically, and long before its precise chemistry was discovered, glycosylated Hb was defined as an area of an elution chromatogram containing hemoglobin glycosylation products. This elution peak was labeled as HbA1, in keeping with the existing nomenclature (HbA, HbA2, HbF, etc. had been identified previously). Later it was recognized that the chromatographic HbA1 region is not homogeneous and consists of several component peaks, designated A1a, A1b and A1c, with HbA1c being the dominant one.[1] The HbA1c fraction also turned out to correlate best with mean serum glucose concentrations, ie, to be a better index of long-term glycemia.

Relatively recently HbA1c was redefined chemically: now glycohemoglobin refers to hemoglobin glycosylated at any of its amino groups, while HbA1c is defined as glycohemoglobin with glucose bound specifically to the terminal valine of the beta-globin chain. Consequently, the International Federation of Clinical Chemistry and Laboratory Medicine (IFCC) has developed a standard reference method for HbA1c in which hemoglobin is cleaved with a specific peptidase into multiple oligopeptides, including a terminal hexapeptide containing the site of glycosylation in HbA1c. Glycosylated and non-glycosylated hexapeptides are separated by high-performance liquid chromatography (HPLC) and quantified. The ratio of concentrations of HbA1c to total Hb A is then reported.[2,3] All methods currently in use at NYU-affiliated hospitals are calibrated against that new IFCC standard.

Multiple epidemiologic studies and, most critically, the Diabetes Control and Complications Trial (DCCT) and the UK Prospective Diabetes Study (UKPDS) showed that HbA1c was a strong predictor of at least some forms of diabetes morbidity.[4,5] Based on that, HbA1c has been universally accepted not just as a measure of long-term glycemia, but as a clinically relevant surrogate measure of glycemic control. Consequently, an enormous (and impressively successful) international effort was undertaken to standardize all existing A1c assays so that their results can be referenced to the DCCT and UKPDS. However, both these trials measured HbA1c chromatographically. Compared to the modern reference standard these techniques overestimate HbA1c, as they detect various hemoglobin variants and non-HbA1c glycohemoglobins. Nonetheless, these two trials have formed the basis of HbA1c-based diabetes management, and in order to ensure historic continuity and interpretability, most of the HbA1c methods in current use (and all in use at NYU-affiliated hospitals) are back-referenced to DCCT “units.” For the most part, HbA1c of 7% in the UKPDS trial has the same meaning as HbA1c of 7% obtained on a patient in 2012.

A multitude of HbA1c assays employing a variety of methods are available commercially. All of them essentially are two tests packaged in one: serum HbA1c and HbA, with the ratio of the two being reported as A1c%. There are multiple conditions that interfere with one or both measurements: some are purely physiologic and are assay-independent, others depend on a particular test being used.

Physiologic “errors” occur when the average age of red blood cells is significantly altered and therefore the time that each molecule of HbA is exposed to blood glucose deviates from usual. Conditions that decrease mean erythrocyte age, such as recent transfusions or increased erythropoiesis secondary to hemolysis or blood loss, lower hemoglobin A1c[1,6,7], while those increasing mean erythrocyte age, such as asplenia, tend to increase HbA1c levels.[7] In all these instances, even if HbA1c itself is measured correctly, a given value of A1c% will correspond to a different average serum glucose concentration. Such “physiologic” errors do not depend on the particular assay used.

Because HbA1c is reported as a ratio of HbA1c to HbA, errors in either HbA1c or HbA measurement will cause spurious A1c% results. Most problems in HbA measurements occur when, instead of measuring HbA concentration directly, it is calculated from total hemoglobin. These calculations assume normal hemoglobin fractionation, and any condition in which HbA constitutes a smaller than normal fraction will affect the results. For example, in hereditary persistence of hemoglobin F, a calculation of HbA would overestimate HbA concentration. If absolute HbA1c concentration is measured accurately, the reported HbA1c% will be spuriously decreased.[1,8]

A particular HbA1c assay may not be sufficiently specific for HbA1c itself and may cross-react with either genetically determined hemoglobin variants or a chemically modified Hb species. Patients heterozygous for a variant hemoglobin, including hemoglobin S, C, E, and rarer variants can thus have falsely elevated or lowered glycohemoglobin results.[1,9,10] This is especially important to remember in diabetic patients of African, Mediterranean, or Southeast Asian descent, as these patient populations have a high incidence of these hemoglobin variants and because heterozygotes can be undiagnosed and asymptomatic.[11] The National Glycohemoglobin Standardization Program maintains an online spreadsheet of commercially available HbA1c assays, reporting interferences from each of the major hemoglobin variants and modified hemoglobins.[12] Information on the assays currently used at NYU-affiliated hospitals is provided in the table below.

In real patients, HbA1c measurements are affected by a complex combination of the above factors. For example, in patients with sickle cell trait, care must be taken to select an assay that does not cross-react with HbS or hemoglobin F. The lab should also measure, not calculate, the concentration of HbA. As the lifespan of erythrocytes is normal in sickle-cell trait, selection of an appropriate assay should produce valid HbA1c results.[1,13] In patients homozygous for a variant hemoglobin, such as patients with sickle cell anemia or hemoglobin C disease, hemolysis significantly shortens erythrocyte lifespan. Consequently, the fraction of terminally glycosylated variant hemoglobin measured by HbA1c assays in these patients is not a useful measure of glycemia in such patients, regardless of the assay used. Glycemic control in these patients must be assessed through other means (for example, by measuring serum fructosamine).

In diabetic patients with end-stage renal disease, erythrocyte lifespan tends to be decreased. This may result in part from iron deficiency anemia, recent transfusions, or other effects of kidney disease on erythrocyte survival. Uremic patients with blood urea nitrogen levels greater than about 85 mg/dL also develop significantly high levels of carbamylated hemoglobin, which interferes with some HbA1c assays.[14] In spite of these complications, HbA1c (measured with an assay that does not cross-react with carbamylated hemoglobin) has been shown to correlate well with average blood glucose levels in diabetic patients on hemodialysis, with questionably significant overestimation of average blood glucose for values of HbA1c greater than 7.5%.[15]

Other factors, such as chronic alcohol, opioid, and salicylate abuse and ingestion of large amounts of vitamin C and E have been reported to skew A1c results.[10,13,16] Given the lack of large studies, the sometimes contradictory conclusions of these reports, and the unclear mechanisms of these effects, it is impractical to dismiss A1c as invalid in all of these cases. However, knowing that these effects may exist can help guide decision-making in situations in which the index of suspicion for an inaccurate A1c is already high.

Since HbA1c measurement is ubiquitous, it seems advisable for providers to become familiar with factors affecting the test in general and the limitations of the assays offered in their laboratory in particular.

4. Diabetes Control and Complications Trial Research Group: The effect of intensive treatment of diabetes on the development and progression of long-term complications in insulin-dependent diabetes mellitus. N Engl J Med. 1993;329:977-986.

3 comments on “When Is Hemoglobin A1c Inaccurate In Assessing Glycemic Control?”