What are the Barriers to Using Low Dose CT to Screen for Lung Cancer? 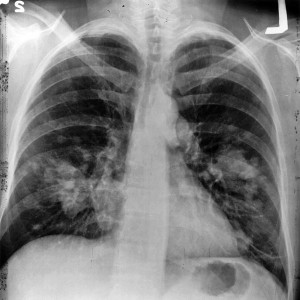 Lung cancer is the most common cause of cancer deaths globally [1] and responsible for an estimated 221,120 new cases and 156,940 deaths in 2011 in the United States.[2] Presently, the United States Preventive Services Task Force, the National Cancer Institute (NCI), the American College of Chest Physicians, and most other evidence-based organizations do not recommend screening for lung cancer with chest x-ray or low-dose helical computed tomography (CT) due to inadequate evidence to support mortality reduction.[3] This recommendation, however, may soon change.

In October 2010, the NCI announced that the National Lung Screening Trial (NLST) was concluded early because the study showed that low-dose CT screening, when compared with screening by chest radiography, resulted in a 20.0% relative reduction in lung cancer-related mortality and an all-cause mortality reduction of 6.7%. The number needed to screen with low-dose CT to prevent one lung cancer death was 320.[4] This report, published in the August 4th, 2011 issue of the New England Journal of Medicine, is the first randomized controlled trial of lung cancer screening to show a significant mortality benefit.

The trial enrolled 53,454 high-risk current and former smokers aged 55 to 74 years who had a history of at least 30 pack-years. Former smokers (52% of the total) had to have quit only recently–within the last 15 years. They underwent three annual screenings with CT or chest X-ray and then were followed for an additional 3.5 years. Suspicious screening results were three-fold higher in the low-dose CT group compared to radiography across all three screening rounds (24.2% vs 6.9%). More than 90% of the positive screening tests in the first round of screening led to follow-up, mainly consisting of further imaging, with invasive procedures rarely performed. More cancers were diagnosed after the screening period in the chest radiography group compared to those screened by low-dose CT, suggesting that radiography missed more cancers during the screening period. Furthermore, cancers detected in the low-dose CT arm were more likely to be early-stage compared to those discovered after chest radiography.

Lung cancer-specific deaths were 247 and 309 per 100,000 person-years in the low-dose CT and chest radiography groups, respectively, and this was statistically significant (P=0.004).[4] The internal validity of the study is firm, based on similar baseline characteristics and rates of follow-up between the two study groups.[4-6] Whether these results can be applied to the general population, however, is uncertain. Trial participants were, on average, younger urban dwellers with a higher level of education than a random sample of smokers 55 to 74 years old [4-5], which might have increased adherence in the study. Furthermore, radiologists interpreting the screening images had additional training in reading low-dose CT scans and presumably greater experience due to high workload.

One major barrier to implementation of any screening program is its cost. Eventual analysis of the results from the NLST will definitively answer this question; however, a recent Australian study can provide us some with some provisional guidance.[7] Manser and colleagues examined the cost effectiveness of CT screening in a baseline cohort of high-risk male current smokers aged 60 and 64 with an assumed annual incidence of lung cancer of 552 per 100,000 and determined that the incremental cost-effectiveness ratio was $105,090 per quality-adjusted life year (QALY) saved.[7] This is less than the generally accepted upper limit of $113,000 per QALY in the United States, but far above the $50,000 per QALY threshold that many authors of cost-effectiveness are advocating.[8] The NLST study population had an approximate annual incidence of lung cancer of 608.5 per 100,000[4], which is similar to the incidence rate in the Australian analysis. Though this extrapolation is purely speculative, it suggests that if the upper limit of $113,000 per QALY were the cut-off, low-dose CT screening in the United States may be cost-effective.

A second important issue to address is the identification of patients most likely to benefit from CT screening. In the Australian study, for the patient risk group with an annual incidence of lung cancer of 283 per 100,000 it costs $278,219 per QALY saved.[7]. The national incidence in the US in 2006 was 63.1 per 100,000 person-years.[9] To screen the average person in the US general population would be an astronomical expenditure of resources (greater than $1 million per QALY saved), dramatically increase the false-positive rates from screening, and promote unnecessary exposure to carcinogenic radiation. Accordingly, only high-risk patients (eg, advanced age, positive family history, and heavy smoking history) should be considered for this screening modality.

The United Kingdom Lung Screening Trial investigators listed other issues that will need to be addressed prior to implementation of a screening program:[10]

2. Value of the diagnostic work-up techniques for positive screening findings and establishing standards for follow-up

4. Optimal screening interval for both screen-negative and screen-positive patients

CONCLUSIONS ON HOW TO COUNSEL PATIENTS

With all this in mind, how are we to counsel patients interested in lung cancer screening? First, only high-risk patients for lung cancer should be considered for low-dose CT screening. Even in the high-risk NLST cohort, positive images were false roughly 95% of the time in both study arms.[4] In patients at lower risk, these false-positive rates will undoubtedly be much higher. Second, patients should be informed about the potential harms from detection of benign abnormalities requiring follow-up and potential invasive interrogation, which can result in adverse outcomes. Finally, even with the exciting revelation of mortality reduction by a lung cancer screening modality, smoking cessation will remain one of the most important interventions in reducing mortality from lung cancer.

One comment on “What are the Barriers to Using Low Dose CT to Screen for Lung Cancer?”