Xopenex: Is it worth the money? 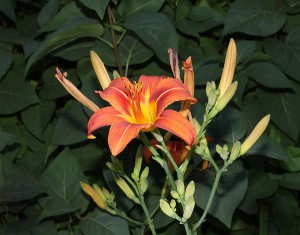 The patient is a 50-year-old woman with history of steroid-dependent, severe, persistent asthma since childhood and coronary artery disease who presented with dyspnea and URI symptoms admitted for management of asthma exacerbation. Patient received nebulized albuterol treatment every two to four hours, and on hospital day two, patient developed persistent sinus tachycardia to heart rate of 120s believed to be secondary to albuterol therapy. Given her tachycardia, would it be safer to prescribe levalbuterol rather than albuterol?

Inhaled short acting β2 -adrenergic receptor agonists are the mainstay of asthma treatment and the most effective drugs for inducing airway smooth muscle relaxation and reversing bronchoconstriction. Albuterol, the most commonly used β2 -agonist in the treatment of asthma, is a 50:50 racemic mixture of R-albuterol and S-albuterol. The two isomers have different activities and pharmocologic properties due to biologic stereoselectivity. The R-albuterol has a 100-fold greater binding affinity for the β2-receptor than S-albuterol and mediates the bronchodilatory effect of the drug [1]. The clinical significance of S-albuterol remains controversial but S-albuterol has increased bioavailability and is metabolized 10-fold more slowly than levalbuterol resulting in greater serum concentration and longer circulation time after administration of racemic albuterol than R-albuterol [2]. The S-albuterol isomer was initially thought to be inert but some animal studies found it to augment inflammatory stimuli and cause smooth muscle contraction [3]. Clinical studies demonstrated that S-albuterol has no bronchodilatory activity but is preferentially retained in the lungs because of longer half-life than that of R-albuterol [4,5,6] and some suggest that it may be responsible for parodoxical bronchospasm in asthmatics with regular albuterol use [7]. Such negative implications of S-albuterol have led to the development and use of pure R-albuterol form known as levalbuterol, which is also marketed under the brand name Xopenex.

The notion of a therapeutic advantage of levalbuterol over albuterol has been the subject of much controversy. Some studies suggest that when equivalent mass of R-albuterol administered as levalbuterol vs racemic albuterol form is compared, greater bronchodilation and less dose-related β-adrenergic mediated adverse effects such as tachycardia are seen with levalbuterol. It should be noted that the mechanism of tachycardia from the use of β2 -adrenergic receptor agonists is not only mediated by reflex tachycardia in response to vasodilation from stimulation of receptors on peripheral vasculature, but also from the direct stimulation of β2-adrenergic receptors located in both the left ventricle and the right atrium, leading to increased heart rate [8].

Similar results were also found in pediatric population. In a randomized, double-blind, placebo-controlled, cross over study by Gawchik et al, 33 patients (age range 3-11) with chronic stable asthma were treated with levalbuterol, racemic albuterol or placebo in single dose during 4 treatment visits [10]. Levalbuterol 1.25 mg had the greatest improvement in pulmonary function measured in change in FEV1 (0.51L, 36.8%) and levalbuterol 0.63 mg (0.41L, 31.1%) and racemic albuterol 2.5 mg (0.40L, 27.9%) had comparable effects. Notably, this study was also supported by Sepracor.

In contrast, a study by Lötvall et al demonstrated a comparable therapeutic ratio for levalbuterol and racemic albuterol [11]. In this double-blind, cross over study, 20 asthmatic patients (age range 24-70; mean age 50 yrs) were randomized to receive R-albuterol (dose range 6.25-1600 ug), S-albuterol (6.25-1600 ug), RS-albuterol/racemic albuterol (12.5-3200 ug), or placebo once a day on 4 study days, each separated by a minimum of 3-day washout period. The FEV1 was measured 20 minutes after dosing. Both R- and RS-albuterol produced dose-dependent increases in FEV1 and at the highest doses of R- and RS-albuterol, FEV1 change from baseline were comparable giving potency ratio of 2:1. S-albuterol was found to have no effect on FEV1 compared with placebo and thus concluded to be clinically inactive. In terms of β-adrenergic effects, R- and RS-albuterol had dose-dependent increases in heart rate with similar increases at the highest dose (levalbuterol: 12.4 +/-3.0 beats/min; albuterol: 14.0 +/- 2.9 beats/min).

Furthermore, in a retrospective chart review of patients aged 18 or older presenting to ED with acute airflow obstruction no difference in changes in heart rate was observed when equivalent doses of R-albuterol were administered [12]. Patients treated with scheduled levalbuterol or albuterol doses within 24 hours of admission were included and 35 cases in each treatment group were analyzed. Primary analysis was performed on day 1 and 3 and found statistically significant difference in changes in heart rate between the two groups. However the difference between the two groups was 2.7 beats per minute, not a clinically significant one. Secondary subgroup analysis was performed on patients with tachycardia at baseline (n= 23 in albuterol group, n=18 in levalbuterol group) and the two treatment groups had no significant difference in changes in heart rate following treatment on either day 1 or 3. Surprisingly in tachycardic patients, levalbuterol provided no benefit in heart rate compared to albuterol with higher quantity of R-albuterol.

Similar findings were reported in a prospective, randomized, crossover study by Lam and Chen, where 20 ICU patients with and without tachycardia admitted to MICU and SICU requiring β2-agonist therapy every 4 hours to maximize respiratory function were randomized to levalbuterol 1.25 mg or albuterol 2.5 mg treatment [13]. No significant difference in changes in heart rate was found between the two groups although the study did not perform power analysis and thus patient sample may have been too small to detect it.

Thus, a review of literature suggests that there is currently no compelling reason to use levalbuterol over albuterol especially given the cost. Levalbuterol costs 5 to 25 times more than albuterol. Many studies reporting greater efficacy or therapeutic index with levalbuterol treatment over albuterol are of questionable quality funded by the pharmaceutical company. The claim that levalbuterol has a relatively lower cardioaccelerating effect compared to albuterol does not appear to be clinically supported in studies of the general population or in patients with baseline tachycardia. Furthermore, despite preclinical studies suggesting a theoretical clinical benefit, any therapeutic advantage of levalbuterol over albuterol on pulmonary function is still debated and requires further research. So before you write that nonformulary Xopenex order for your tachycardic asthma patient, think again.

2 comments on “Xopenex: Is it worth the money?”