The Blue Phone and the Bow-Tie 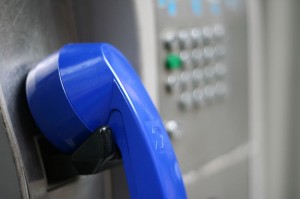 Fate is the sound of a ringing phone.

I, however, am growing to hate the sound.

I’m strangled by the words, by the rough sheets, the silence as a stranger far away connects us, sitting in some room. There’s a tension, an unsettling sense of doom as I count the doctors’ blinks and wait for the “bonjourno.” I hope the translator – the one who lets me and my doctors talk – is somewhere warm, like Texas.

The phone is a harbinger of straight facts, none too good as I sit here with my heart. It’s a necessary coldness. I always sit very, very still as they explain, so precisely, what’s happening. I sit still, afraid to shake the words out of my ears.

Repeat back that I’m agreeing to surgery tomorrow. Do I know what a cabbage procedure is? CABG? AVR? What’s my family’s medical history?

A nod can do as much. But only so much. And as an immigrant (and proud Italian), I’ve grown use to the basics: vague gesticulation and mangled speech. But what I’m agreeing to makes me scared for the first time in my many years.

After years in America I continue to wake up at dawn and almost expect to pull on my knee-high rubber boots I wore on the boats back home. My habits have changed now. I’m still waking up in the morning, only to hear the squeak of white Keds on the pristine floors and the gentle rumble of wheelchairs being pushed along, harmonized with the scrapes from the IV poles pushed around by emaciated men in cheap slippers. At night I like to watch the cars swing by the hospital, their headlights all yellow like lazy jaundiced eyes.

I miss the smell of fish from back home. Or maybe it’s that I hate the coldness leeching from the phone into the scent here. It’s like this new place where I can’t talk, can’t communicate, doesn’t want me or my smell here. As if the place is trying its best to ignore me.

Which is why I was so surprised when I heard Italian, not echoing out of the dark recesses of cold plastic, but from a young man. With a bow tie. Not a kid, really. He has a white coat.

So he walked in, the cold blue translator phone ignored in the corner as he sat at the edge of my bed, and just… talked. And in those halting phrases, horrible accents (on his part), wide smiles, and sweeping gestures I establish a new habit.

And as long as I’m here I will talk. To the phone, yes, but also in my rough English. And he’s shown me that he will listen and thinks that I am more than a badly worded turn of phrase. I will see him. I’ve asked him to say hello, or maybe it’s goodbye, before my surgery.

As long as I have breath and can joke and talk about my fish and my women, I will try to tell him. Tell the bow-tie kid.

I will show them all that I am alive.

“Adriano and Joe,” he says, laughing and pointing at him, then me. I laugh. I laugh a lot when I spend time with him. And he laughs all the harder to see that a) what he’s said is recognizable and b) it’s funny.

And it means so much to him. He’s had one visitor. One time. In four weeks. No family to speak of. Four weeks of staring out the window. Which means he’s starved for company. And though I relish analyzing his daily lab values and talking to my team, discussing surgery options and catheterization results, there’s something to be said for actively ignoring the heart rate monitor dips, the IV’s swooping with the liquids dancing into his body.

And I live for it. These moments. It’s worth all the times I can almost feel my soul disengage from my body, passing through a bittersweet cloud of coffee stained breath and over my UpToDate printouts on its way out.

I’ve looked over his reports. Pored over his Echocardiogram. His illness isn’t messing around. But there he is. At first, he was all casual Friday. Don’t worry, be happy. A buddy cop movie. And underneath it all was a clawing, desperate sense of isolation. A prisoner of his broken body. A prisoner of his native tongue.

When I first met him, he seemed the embodiment of loneliness. And when I thought of him, he reminded me of the color yellow. A faint statement of a color that claims a small existence, but could be easily swept away by anything else – overwhelmed by other colors.

Or maybe like the letter Q. A broken circle. Rarely used – last pick of the hangman.

And then we talked. And after a week of daily visits, he told me that initially he didn’t want to disappoint me and wasn’t telling me when he was in pain or scared or confused. And then he asked me to talk to him before his procedure. And then asked me to call him when he went home to his one-room apartment. I realized I was no longer a translator or a messenger, by definition never telling my own story. In that brief time I was his confidant, his teacher, his friend.

There’s not much to life but timing. I was there, me with my 3rd generation broken-Italian, when he was there. And thanks to his surgeons, his medical team, and maybe even my friendly chats, he’s alive. In countless ways, in countless colors and letters that disregard language. Alive.

One comment on “The Blue Phone and the Bow-Tie”