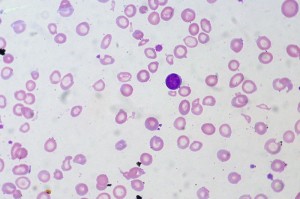 Iron deficiency is the most common cause of anemia in the United States. Despite this, there are a multitude of questions surrounding the best choice of supplementation. Which formulation of iron is best prescribed? Do newer preparations such as enteric-coated tablets help? How long do you treat for? The following is a review of the literature surrounding these questions.

In order to best understand the dosing regimens, let’s first review the metabolism of iron.

The body contains approximately 45mg/kg of elemental iron, of which two-thirds is in hemoglobin form, 15-20% in storage form, 10% as myoglobin, and 5% as other iron-containing enzymes. Iron mostly circulates around the body in a closed system and is recycled from old red blood cells, with the only significant losses occurring with major bleeding. Less than 0.1% of total iron is lost on average daily through urine, sweat, feces, skin sloughing, menses, and childbirth. These last two scenarios account for women’s proportionately less iron stored as ferritin or hemosiderin in the liver and macrophages. Overall, 1-2mg of iron daily must be replenished orally in order to cover these physiologic losses, with women at the higher end of iron requirements.[1] The government-recommended dietary allowance of iron (8mg/day for men and postmenopausal women, versus 18mg/day for menstruating women) only covers this bare minimum and cannot replace iron losses beyond the physiologic state.[2] This discrepancy explains why supplemental iron is required to treat iron-deficiency anemia.

In the absence of major bleeding, overt iron-deficiency anemia develops in a progressive manner. Reduction of iron stores in the form of ferritin is the first sign of iron supply-demand mismatch, as iron is mobilized from the liver and reticuloendothelial system. However, serum iron, total iron-binding capacity (TIBC), and red cell morphology remain normal until iron stores are exhausted. Afterwards, serum iron levels decrease, while TIBC increases in an attempt to raise iron absorption. Dysfunctional erythropoiesis and microcytosis only occur once the transferrin saturation drops below 15%. Only at that point do anemia and low hemoglobin levels develop.[3]

Oral iron supplements offer a more robust avenue for iron repletion. The most commonly prescribed preparation, the ferrous salts, include ferrous sulfate, ferrous gluconate, and ferrous fumarate. These ferrous (Fe+2) forms are more soluble than the dietary ferric (Fe+3) form, with twice the absorbability. The estimated absorption rate of the ferrous salts is 10-15%, with no difference found in absorbability among the three main formulations in a small but randomized controlled trial.[4] The three formulations of ferrous sulfate perform similarly, raising hemoglobin by 0.25g/dL per day from an average baseline hemoglobin of 5g/dL in one study.[5] The low absorption rate results in less-than-ideal dosing of three pills per day in order to reverse iron-deficiency. For example, a single ferrous sulfate 325mg tablet contains 60mg of elemental iron, so thrice daily dosing provides 180mg of elemental iron per day, well within the recommended daily range of 150-200mg for iron-deficient patients. Assuming an absorption rate of 10%, 500mg of bioavailable iron accumulated after one month of therapy should be available to produce 500mL of packed red blood cells, or an increase in 2g/dL of hemoglobin.[6]

Of note, a randomized controlled trial showed that incrementally higher doses of iron in elders with iron-deficiency anemia did not provide any additional benefit in iron status, and in fact caused more gastrointestinal upset. Patients aged 80 or older with iron-deficiency anemia were randomized to receive 15mg, 50mg, or 150mg elemental iron daily, which resulted in comparable increases in hemoglobin and ferritin after 60 days without any statistically significant differences among the three groups. However, the higher doses resulted in statistically significant increases in abdominal discomfort, nausea, vomiting, diarrhea, constipation, and black stools.[7] This suggests that the elderly may benefit from less than one pill of ferrous sulfate daily without sacrificing effectiveness.

Oral iron therapy is notorious for its side effects, namely constipation, diarrhea, heartburn, nausea, and epigastric pain, which may plague up to 20% of patients and limit compliance to the different iron formulations. The estimated adherence rate hovers around 40-60%.[8] The upper gastrointestinal side effects, such as nausea and epigastric pain, are more dose-dependent and can be managed with lower or less frequent dosing initially. In contrast, lower gastrointestinal effects such as altered bowel habits, are less related to dosing.[9] The strategy of administering iron with meals in order to minimize gastrointestinal upset unfortunately impairs iron absorption by as much as 50% in one small study.[10]

A randomized controlled trial did not show any statistically significant difference in gastrointestinal side effects among equivalent dosages of the three different ferrous salt preparations.[11] This finding was confirmed in a systematic review of 111 studies that compared the different ferrous salt formulations at doses of 80-120mg elemental iron per day.[12]

In light of these therapy-limiting side effects, new enteric-coated formulations of iron arrived on the market in an attempt to decrease the prevalence of gastrointestinal upset and reduce the dosing schedule. However, this comes at the cost of absorption, as the iron may not be absorbed in the duodenum. A comparison between enteric-coated and elixir ferrous sulfate in healthy volunteers did not show a statistically significant increase in serum iron concentration from baseline in the enteric-coated group. The estimated bioavailability of the enteric-coated preparation was 30% of the regular oral preparation .[13]

Ascorbic acid has been theorized to improve absorption by reducing iron to a ferrous Fe+2 state to optimize its solubility. Increasing doses of vitamin C exhibited a dose-dependent response in iron absorption during concomitant administration in healthy volunteers, ranging from no change in ferrous sulfate absorption with ascorbic acid doses below 100mg to 48% increase in elemental iron 30mg absorption with 500mg ascorbic acid.[15] Although long-term studies have not been conducted, the relatively benign nature of vitamin C leads to a low threshold for concomitant administration with iron.

The goal of iron supplementation is two-fold: to reverse the anemia and to replete iron stores. The expected response to a course of iron is a reticulocytosis in 3-5 days, peaking after one week, followed shortly by a rise in hemoglobin. A response in hemoglobin should be apparent three weeks into therapy.[16] An increase in hemoglobin by 1g/dL after one month qualifies as an adequate response.[17] Little research exists on the optimal duration of therapy, but an acceptable regimen is to continue therapy for three months after normalization of hemoglobin, in order to replenish iron stores per British Society of Gastroenterology guidelines.[18]

Iron deficiency anemia can be treated with oral iron supplements, of which the most commonly prescribed form is ferrous sulfate 325mg three times daily, with the option of lower and less frequent dosing in the elderly. The three ferrous salt preparations have similar side effects, bioavailability, and effectiveness. Gastrointestinal upset is a common side effect that limits patient compliance with iron therapy. Proposed strategies to avoid this include reducing the dose, administering iron during mealtimes, or opting for enteric-coated preparations or a polysaccharide-iron complex (Niferex). However, all these strategies impair iron absorption and may result in suboptimal clinical outcomes. Lastly, further investigation is needed in the areas of vitamin C co-administration and the optimal duration of iron therapy.