Insulin in a Pill: Barriers to Development of Oral Insulin 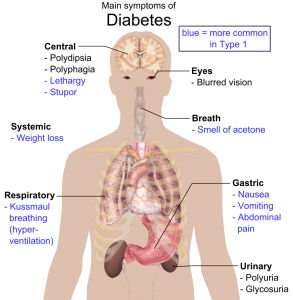 Over 30 million Americans—9.4% of the population—live with diabetes, six million of whom are at least partially dependent on exogenous insulin.[1] Insulin can be self-administered by subcutaneous injection, either classically via a syringe, an insulin pen, or using an insulin pump. However, patients with diabetes report that these daily injections can feel particularly burdensome, not to mention stigmatizing, when compared to oral medications like metformin, which is one reason why insulin carries a lower rate of adherence.[2] What if our patients could take their insulin in a capsule alongside their morning metformin? Such a formulation would eliminate a significant barrier to medication adherence and would also better mimic the physiology of endogenous insulin.

Endogenous and exogenous insulin take different paths to the liver, which affects how they influence glucose metabolism. Upon secretion from the pancreas, 80% of endogenous insulin travels directly to the liver via the portal hepatic vein, where it acts to suppress gluconeogenesis. In contrast, injected insulin first enters systemic circulation, thus permitting continued hepatic gluconeogenesis.[3] In theory, oral insulin would resemble physiologic insulin signaling because it would be absorbed by the gut and travel to the liver via the portal circulation. However, the potential benefits are moot if the medication can’t be created and brought to market, though researchers have been trying to do so for nearly one hundred years.

The first attempt at delivering insulin orally came in 1922, one year after the protein’s discovery. Researchers soon recognized that even the highest doses of oral insulin couldn’t compare to the efficacy of subcutaneous injection.[4] Why is it so hard to make an oral insulin pill? The main reason is that insulin has a low oral bioavailability; it is very difficult for an intact insulin peptide to get from your mouth to your circulation without being digested and modified beyond recognition. This dilemma is a barrier to peptide drugs in general, which on average have oral bioavailability less than 1–2%.5 In comparison, metformin has an oral bioavailability of 40–60%.[6] First, the insulin must survive the acidity of the stomach while evading proteases like pepsin in the stomach and trypsin in the duodenum. Then, it must pass through the thick mucus layer that lines the intestinal epithelium and somehow traverse the tight junctions that bind together individual epithelial cells. These tight junctions typically exclude any molecule larger than 600 Da, and each insulin protein has a molecular weight just shy of 6,000 Da.[7] Thus, to reach therapeutic bioavailability of insulin, one must either modify the protein so it can better traverse the gastrointestinal environment and penetrate the intestinal epithelium, or that environment itself must be modified. The problem with disrupting the gastrointestinal milieu or the integrity of tight junctions is that such alterations would greatly increase the risk of infection. Therefore, modifications to the delivered peptide itself appear most promising.

At the end of 2016, only eight oral peptide pharmaceuticals were FDA-approved for the American market: cyclosporine (Neoral®), desmopressin (DDAVP®), taltirelin (Ceredist®), glutathione, linaclotide (Linzess®), vancomycin (Vancocin®), colistin (Koolistin®), and tyrothricin.[8] However, insulin is just one of many new peptides being investigated for oral delivery. Current formulations undergoing research incorporate distinct tactics to overcome each barrier to delivery: enteric coatings resist gastric degradation, attached protease inhibitors repel endogenous proteases, and complexing with lipophilic moieties aids epithelial transcytosis.[9] As it stands, several possibilities are fighting their way through clinical trials. But even if an oral insulin is shown to be safe and effective, it’s no guarantee that such a product will gain a foothold in the American market. While an insulin pill may have promising clinical benefits, would private and public insurers be willing to pay for what is essentially a much more expensive version of an established medication? Novo Nordisk, the world’s largest insulin producer, recently terminated its oral insulin project largely because it didn’t think American payers would be willing to stomach a pricy new solution to an old, solved problem.[10] This stands as a reminder that advances in medicine must also survive in turbulent economic waters, and healthcare providers must continually balance the uncertain utility of new therapies with their associated costs.

Although transmucosal insulin does not face gastrointestinal absorption barriers, the fate of Afrezza, an FDA-approved inhaled insulin, might serve as an industrywide warning. Past inhaled insulins have failed on the market, due to bulkiness and pulmonary side effects, mandating periodic pulmonary function tests to confirm safe drug continuation. Afrezza is no different, making it an expensive treatment that requires patients to undergo extra testing and is contraindicated in patients with chronic obstructive pulmonary disease and other lung problems. Consequently, due to high prices and physician resistance to extra testing, it now struggles to remain on the market. An oral insulin pill would solve many issues faced by patients with diabetes and their physicians, but continued biochemical and economic barriers still stand between a promising idea and actual clinical benefit.

One comment on “Insulin in a Pill: Barriers to Development of Oral Insulin”